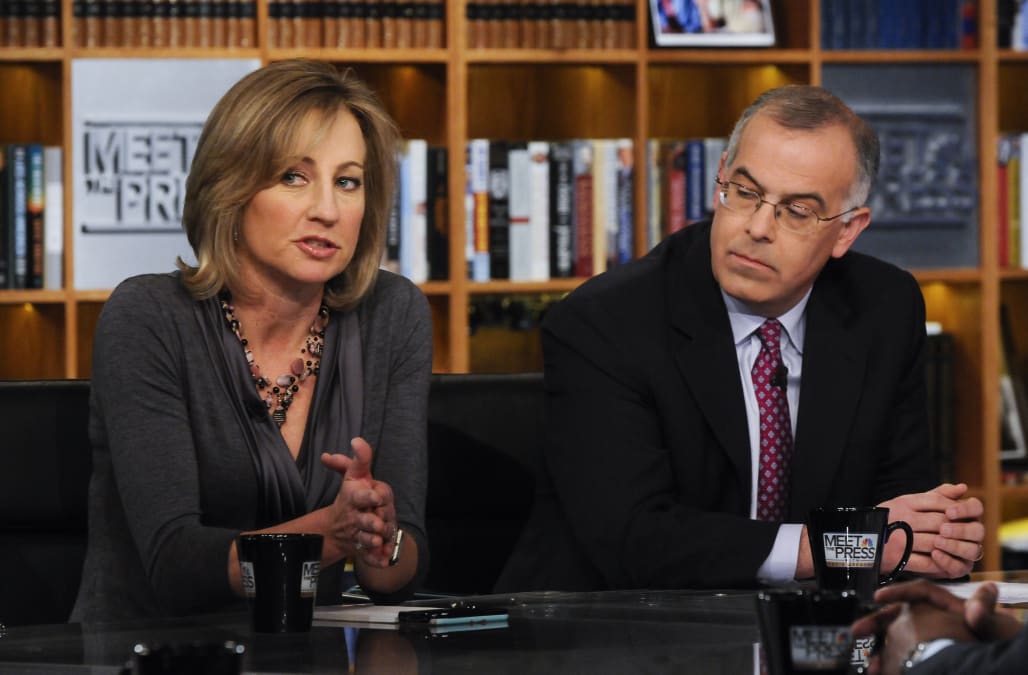 Dee Dee Myers is stepping down as EVP of Worldwide Corporate Communications and Public Affairs at Warner Bros., an individual with knowledge of the situation told TheWrap.

No successor has been named. Myers was at the studio for five years, having joined Warner Bros. In 2014.

Before her time at Warner Bros., Myers served as managing director of communications consulting firm Glover Park Group, and she was also previously a political analyst and commentator. Myers also wrote a book titled “Why Women Should Rule the World.”

Myers is also a former White House Press Secretary, having worked for President Bill Clinton during his first term. When Myers joined Warner Bros., she replaced Sue Fleishman, who left the company after serving in the position of EVP of Corporate Communications and Public Affairs for nine years.

See Myers’ memo to staff below.

After more than five fantastic years at Warner Bros., the time has come for me to move on.  I do so with tremendous gratitude for my time here, for the work that we’ve done together and for the opportunity to have learned so much from all of you.

Warner Bros. is an amazing company with nearly a century of success, rooted in an unyielding commitment to great storytelling.  And that commitment has produced some of the world’s most iconic films, television shows and games –and an incomparable company culture.  For generations, this studio has been a special place to work, and I feel honored to have been a small part of it for the past half-decade.

For me, it starts with the incredible Worldwide Corporate Communications and Public Affairs team.  Our charge has been not only to protect Warner Bros.’ singular legacy– but to ensure that the company’s commitments and actions are worthy of that history going forward.  Thanks to the hard work and dedication of the entire group — and so many talented colleagues across the company — we accomplished so much.

Nowhere is that more evident than on the iconic water tower, where our new, more modern shield connects Warner Bros.’ storied history to its vibrant future.  It’s the centerpiece of our effort to refresh the brand, articulate the company’s mission and values for the first time, and sum up our shared purpose in a single line: We believe in the power of story.

We also doubled down on our diversity and inclusion efforts.  We started a dialogue with our employees aimed at building a worldwide culture of true belonging, helped launch WarnerMedia’s Production Diversity Policy and led the process of creating and releasing the industry’s first annual Diversity & Inclusion Report.  We rebuilt our Corporate Social Responsibility and philanthropy programs — focused on creating more opportunities in our industry for underrepresented groups and on doing our work sustainably — and we launched our new CSR platform: WB Good.   We helped roll out the Second Century real estate project.  We worked with state and local policy makers to support production around the world.  And we helped manage countless events to connect all our employees to the incredible work Warner Bros does.

Like all good comms groups, we also managed the blocking and tackling of media relations and crisis communications.  We faced our share of long days, late nights and heart-stopping headlines.  But together, we kept working to tell the Warner Bros. story, authentically and truthfully.

And finally, we had the honor of welcoming our new CEO, Ann Sarnoff.   We worked with all of you to help her introduce herself to the company and to the industry, showcasing her talents, accomplishments and vision for Warner Bros.’ future.  I don’t have to tell any of you: in her first months, she has shone, and I’m excited to see where she and all of you take the company going forward.

As Warner Bros. and WarnerMedia move into this new era, I will leave on April 1 with only the fondest memories – and a trunk full of swag.  Fully expect to see me sporting hats, t-shirts, backpacks, hoodies, raincoats, socks and reusable water bottles – and know that I will be rooting for all of you.

As one of my heroes, Bruce Springsteen, wrote, “No one you have been, and no place you have ever gone, leaves you.  The new parts of you simply jump in the car and go along for the rest of the ride.”  From the bottom of my heart, thanks for letting me share this part of my ride with you.   I will carry all that I have seen and all that I have learned always.