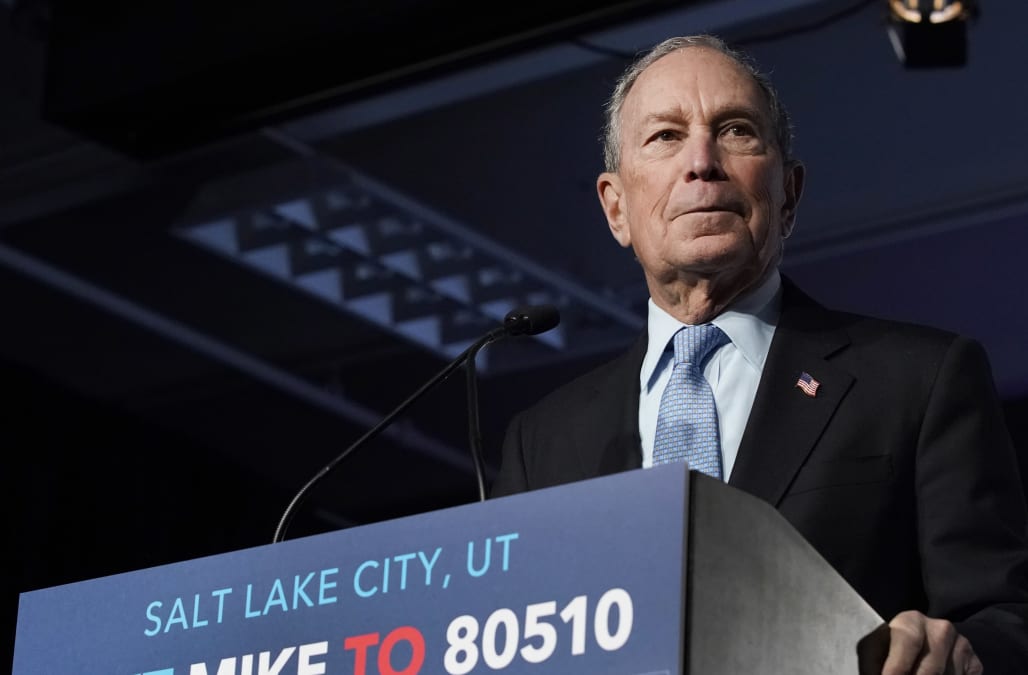 The spending, reported in a disclosure filed with the Federal Election Commission, brought total outlays by the campaign so far to $409 million, a historic sum for the early stages of the Democratic Party's nomination process.

Bloomberg, a billionaire former mayor of New York who is self-financing his campaign, received a withering assault from other Democratic candidates at a debate on Wednesday, including accusations he is trying to buy the election.

He has been rising in public opinion polls despite not competing in early nomination contests and instead hoping to start winning delegates when 14 states hold contests on March 3.

More from Aol.com:
Democratic voters unimpressed by Bloomberg's first debate performance
Why Amy Klobuchar and Pete Buttigieg clashed more than ever in the Vegas debate
Top 5 takeaways from the Democratic debate in Nevada