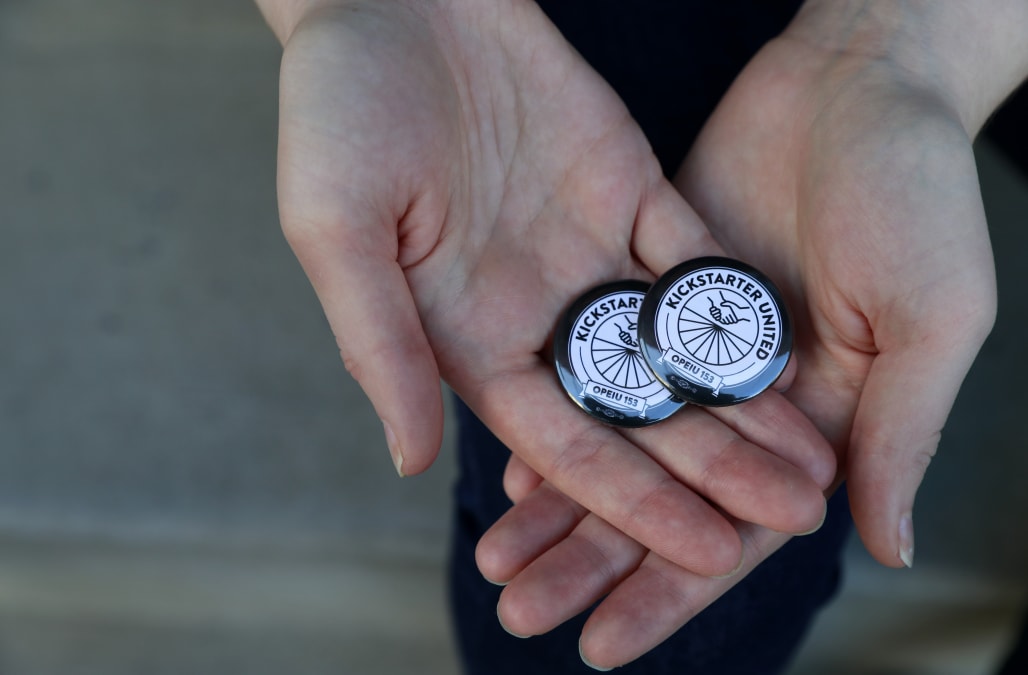 On Tuesday morning, Kickstarter's employee union effort, Kickstarter United, announced it successfully voted to form a union with the Office and Professional Employees International Union. In doing so, Kickstarter became one of the first big tech companies to successfully unionize, according to a statement provided by the OPEIU.

“The tech sector represents a new frontier for union organizing, and OPEIU is excited to represent one of the first tech groups to successfully win collective bargaining rights and to be part of the labor movement’s efforts to improve the livelihoods of tech employees everywhere,” OPEIU president Richard Lanigan said in the statement.

#KickstarterUnited has now been certified by the NLRB:
🤝🌟We Are A Union!!!🌟🤝 pic.twitter.com/l6W91lILKU

SEE ALSO: The tech we lost in 2019: RIP iTunes, MoviePass, and AirPower

RELATED: Take a look at some of the most successful Kickstarter campaigns:

In a statement provided to Mashable, Kickstarter CEO Aziz Hasan offered a bit of support for the unionization effort.

"Today we learned that in a 46 to 37 vote, our staff has decided to unionize. We support and respect this decision, and we are proud of the fair and democratic process that got us here. We’ve worked hard over the last decade to build a different kind of company, one that measures its success by how well it achieves its mission: helping to bring creative projects to life. Our mission has been common ground for everyone here during this process, and it will continue to guide us as we enter this new phase together."

That's a slightly different tone than the one Kickstarter management took in the months leading up to the vote. While the company has been nominally supportive of an employee vote for unionization, leadership said in no uncertain terms that a union was not "the right tool" to fix Kickstarter's issues in a FAQ published last year.

Beyond that, Kickstarter fired two employees who spearheaded organizational efforts last year, though the company insisted in the aforementioned FAQ that it had nothing to do with the union. One of the fired employees, Clarissa Redwine, posted a Twitter thread on Tuesday morning describing the emotional effects the successful vote had on organizers.

Kickstarter is by far the highest-profile tech company in the United States to unionize up to this point. Last year saw increased employee organization efforts at companies including Kickstarter, Google, and Amazon, but none of them had successfully voted to unionize. This might be the first such story of 2020, but don't be surprised if it's not the last.

More from Mashable:
Get a 65-inch Samsung QLED TV for cheaper than the Galaxy S20
Kickstarter employees vote to unionize in historic first for tech industry
We all need this delightfully negative 'Little Women' meme in our lives