Delta CEO: Passengers should ask permission before reclining their seats on planes 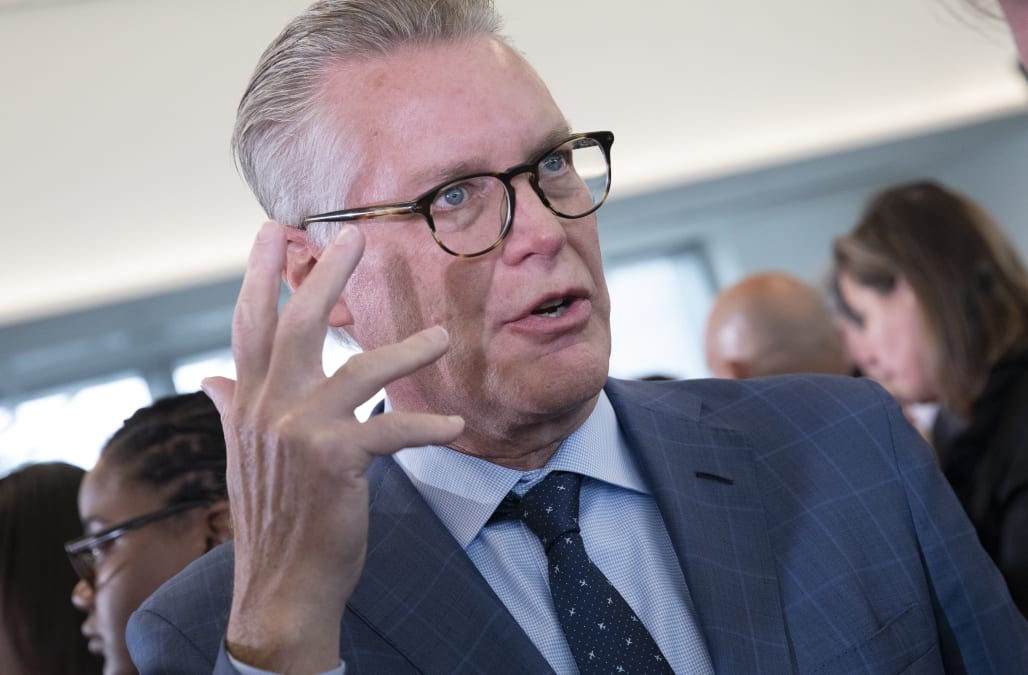 The CEO of the second-largest airline in the world says passengers should ask permission when they recline their seat.

Delta CEO Ed Bastian said in an interview with CNBC he believes that passengers on planes should make sure it's alright with the passenger behind you before reclining.

"The proper thing to do if you recline into somebody is that you ask if it's OK first and then you do it," Bastian said in an interview on Squawk Box.

The question came in response to a now-viral video of an American Airlines passenger berating the person in front of him for reclining her seat. The angry passenger went as far as to punch the back of her seat repeatedly in protest of the recline, sparking debate as to whether passengers should recline their seats if there is someone behind them.

Reclining a seat greatly reduces the amount of available space for the person behind and may prevent them from doing tasks such as working on a laptop. The action often has a ripple effect subsequently leading further passengers down the line to recline their seats to salvage any remaining open space, which ultimately has an adverse effect on those in seats which cannot or have limited recline.

Bastian, however, believes that passengers do have a right to use the now-controversial seat feature, though discretion should be used.

"I think customers have the right to recline," said Bastian.

The Delta CEO also says he never reclines his seat or objects to when someone else does it to him, despite his height, citing his status as the head of the airline.

"I never recline, because I don't think it's something that — since I'm the CEO of the airline — I should be reclining my seat," Bastian said. "And I never say anything if someone reclines into me."

The airline is also testing reduced-recline seating, according to Bastian, which would help mitigate any issues. Delta's Airbus A320 fleet was the first to receive the new seats, according to Skift, which offer a two-inch recline instead of the standard four inches in economy.

"We generally do not see that issue on Delta flights," said Bastian referring to arguments over seat recline.

First-class wasn't immune from the cut back with seats seeing around three and a half inches of recline as opposed to its standard recline that was greater than five inches, Skift reported. The seats are still being tested, meaning that the final amount of recline per seat may change depending on the results and passenger feedback.

Delta currently offers extra-legroom seats in coach in its Comfort+ section, which customers can buy into for an additional fee above regular economy, where potential issues with reclining seats are mitigated.

Pre-reclined seats are another alternative, though Delta hasn't gone that far yet. The immovable seats are already common on ultra-low-cost airlines in the US, which allow them to fill their aircraft with as many seats as possible to increase potential revenue.

Delta did not immediately respond to Business Insider's request for comment.

More from Business Insider:
Elizabeth Holmes managed to get some charges in the Theranos case thrown out
Over 100 models signed an open letter to Victoria's Secret's CEO decrying a 'culture of misogyny, bullying, and harassment' at the lingerie company
Jeff Bezos is Lauren Sanchez's 'fiancé,' according to a lawsuit filed by her brother