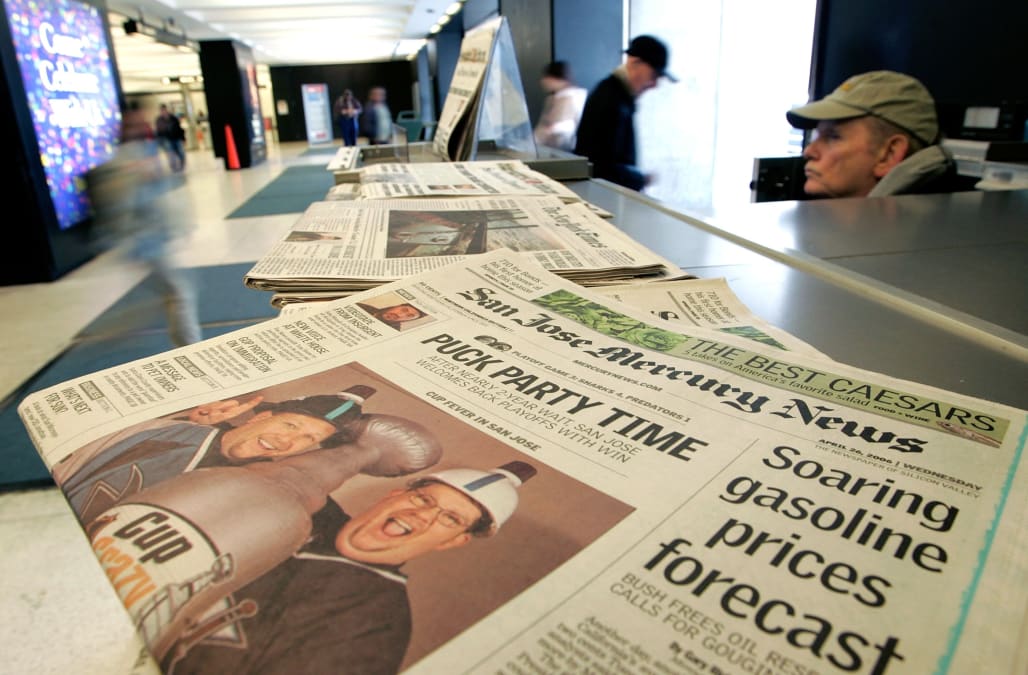 Major newspaper chain McClatchy filed for bankruptcy on Thursday, in another sign of the broader decline of local news across the U.S.

In a letter on the company’s website, CEO Craig Forman announced McClatchy was filing for Chapter 11 protection to address the company’s debt and pension obligations, in order for it to “continue our digital transformation.”

The publisher operates 30 newsrooms in 14 states, including The Sacramento Bee in California, the Fort-Worth Star Telegram in Texas and the Miami Herald in Florida. It said its local news outlets would “operate as usual throughout this process.”

“We will maintain the same unwavering commitment to delivering the strong, independent journalism that is essential to our local communities,” Forman wrote.

McClatchy’s financial troubles are a reflection of the struggles of local news to survive in the U.S. in recent years, amid dramatic shifts in the way people consume news.

RELATED: All of the major chains that filed for bankruptcy in 2019:

More than 1,400 cities and towns in the U.S. lost a newspaper over the past 16 years, per a 2019 Associated Press analysis of data from the University of North Carolina.

For McClatchy specifically, which began in 1857 as a small paper in Sacramento, advertising revenue dropped by 80% and daily print circulation by nearly 59% from 2006 to 2018, McClatchy D.C. reported.

If the court approves the company’s bankruptcy plan, ownership would move from longtime family control to a hedge fund, Chatham Asset Management LLC.

The company has been pursuing a “digital transformation” over several years, with about 40% of its subscriber and advertising revenues now coming from online editions, per a news release Thursday. As part of this effort, the company said in November that throughout 2020 its papers would begin to release only digital editions on Saturdays.

In November, the company reported significant signs of financial distress, revealing that its $120 million pension fund payment due in 2020 “greatly exceeds the company’s anticipated cash balances and cash flow.”

More from HuffPost US:
I Suddenly Have 4 Severe Dents In My Head And I'm Trying To Accept My New Appearance
Janet Jackson, Jimmy Fallon Sing Sweet 'Runaway' With Classroom Instruments
Trevor Noah Pukes Up The Grossest Presidential Campaign Analogy