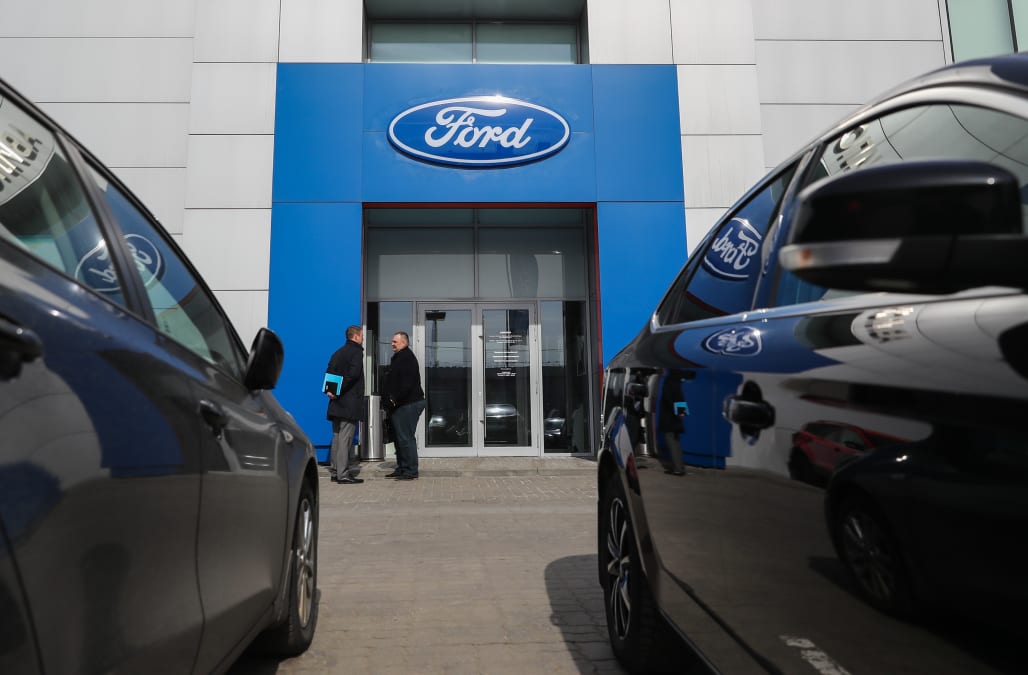 On Friday, Ford announced that Joe Hinrichs would retire as the carmaker's President of Automotive, a position he was named to just last April.

Ford also said Jim Farley, formerly heading up the company's overall strategy, would become chief operating officer, "reporting to president and CEO Jim Hackett [and ]responsible for all global markets and automotive operations, Ford Smart Mobility and autonomous vehicles," as the carmaker put it in a statement.

Ford missed Wall Street expectations for fourth-quarter 2019 earnings and offered lower guidance for its 2020 outlook. The company is in the midst of an $11 billion restructuring under CEO Jim Hackett, who replaced Mark Fields in 2017 and has since pushed Ford to distance itself from its legacy business and embrace new opportunities in electric vehicles, autonomous vehicles, and connectivity.

"I'm thrilled and humbled by the opportunity to work with Jim Hackett and the entire Ford team to advance our vision to design increasingly intelligent vehicles and connect them to the world around us, all to make life better for our customers and communities," Farley said in a statement.

"Ford is blessed with great people and an incredible brand, and together we will build a very bright future."

RELATED: Take a look at some of the most satisfying cars to drive:

Car guys at the wheel

When Hackett took over in 2017, fears that the former Steelcase CEO would be unable to manage Ford's cash-generating vehicle business, heavy on pickup trucks and SUVs, were eased by the elevation of both Hinrichs and Farley. Both were seen as capable and experienced "car guys" who could keep the core business on an even keel while Hackett recast Ford's narrative to compete with new entrants, such as Tesla.

Ford shares have been in decline, however. On Friday, they were down over 30% since early January of 2018.

Hinrichs spent 19 years at Ford and was widely admired for his broad understanding of the carmaker's complicated operations.

But in 2019, the company endured an unexpected stumble with the rollout of its new Explorer SUV, a critically important vehicle and a reliable cash-generator.

With a redesign and launch of Ford's F-150, the company's marquee product, in 2020, the company's leadership, including a board led by chairman and Henry Ford great-grandson Bill Ford, might have decided that a major change was called for.

That was the intial specualtion. But in a call with reporters after the news was announced, Hackett dismissed the notion.

"This was not tied to that at all," he said.

Hackett also said that he has no intention of stepping down as CEO after three years, and that he's believed he and Farley should have an excellent working relationship.

Ford also announced that Hau Thai-Tang would take on "an expanded role in delivering great products, services and experiences for Ford customers."

Thai-Tang has tremendous credibility among Ford's vehicle elite thanks to his management of the 2005 Mustang program.

More from Business Insider:
The 2020 Ford GT supercar will be even more hardcore, with 660 horsepower and a $250,000 carbon-fiber appearance package
A passenger plane skidded off the runway and broke into pieces in Turkey, killing three and injuring 179
The CFOs of Ford and GM acknowledge the biggest open secret in the car business right now: There's an auto market and there's a Tesla market