Demi Lovato puts her Laurel Canyon villa back up for sale 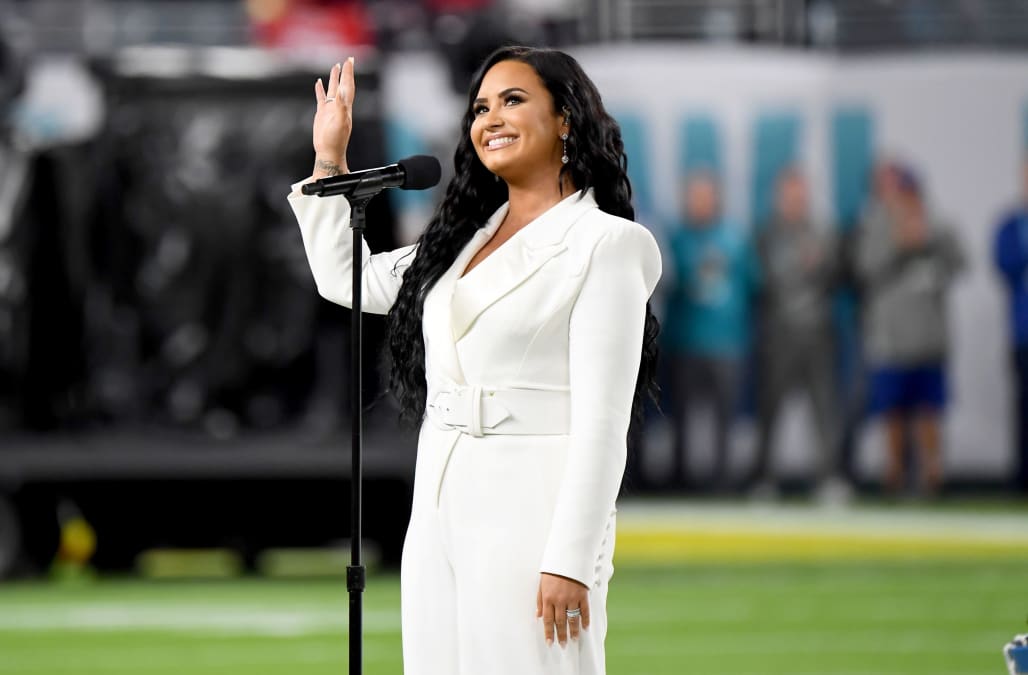 Disney darling turned golden piped international pop star Demi Lovato has put her contemporary villa above L.A.’s Laurel Canyon back up for sale at just under $9 million. The 27-year-old five-time People’s Choice Award winner and two-time Grammy nominee, who gave a powerful performance her new single “Anyone” at the Grammys in January and slayed the National Anthem at last weekend’s Super Bowl game, bought the privately sited property in the fall of 2016 for $8.3 million.

The almost 1.25-acre, gated and heavily fortified spread was temporarily red tagged as unsafe for entry in 2017 after a mudslide sent a mountain of debris into the front yard of her home and several others in the immediate vicinity. With that issue cleared up, the property first popped up for sale in the fall of 2018 — a few months after she was reported to have overdosed in the home — with an in-hindsight too optimistic asking price pushing up on $9.5 million. The price dropped to $8.995 million before it was taken off the sales market in late 2018 and set out as a luxury rental at nearly $40,000 per month.

The home came for sale again in early 2019, again at $8.995 million, but was quickly taken off the market. Listed with James Harris and David Parnes of The Agency, the not-quite 5,600-square-foot home sits up against a near vertical hillside on a flat plateau behind the ever-chic Chateau Marmont Hotel and directly above Laurel Canyon. Sequestered behind imposing gates with bird’s eye views that sweep over the city from the downtown skyline to the Pacific Ocean, the three-story villa contains four en suite bedrooms and a total of seven bathrooms.

With pale, wide-plank hardwood floors and art-friendly expanses of bright white walls, the voluminous and light filled interiors offer numerous lounges and living rooms. Just inside the front door, a cozily proportioned sitting room with fireplace spills out through floor-to-ceiling glass sliders to an artificially grassed courtyard garden and an adjacent, double-height living room, also with fireplace, has glittery city-lights views through a two-story wall of glass. A lofted lounge overlooks the living room, a family room and breakfast area adjoins the marble-countered chef’s kitchen and a penthouse-level sky lounge and games room includes a wet bar and a huge terrace with commanding views.

A huge bank of full-height windows in the kitchen/family room slips into the walls and opens the room to the backyard’s myriad leisure and recreational options. Expansive terraces and verdant landscaping surround a zero-edge swimming pool and spa and, beyond an outdoor kitchen, a lighted path hugs the hillside as it makes its way to a secluded gazebo perched on the edge of a precipitous cliff with cross-canyon views.