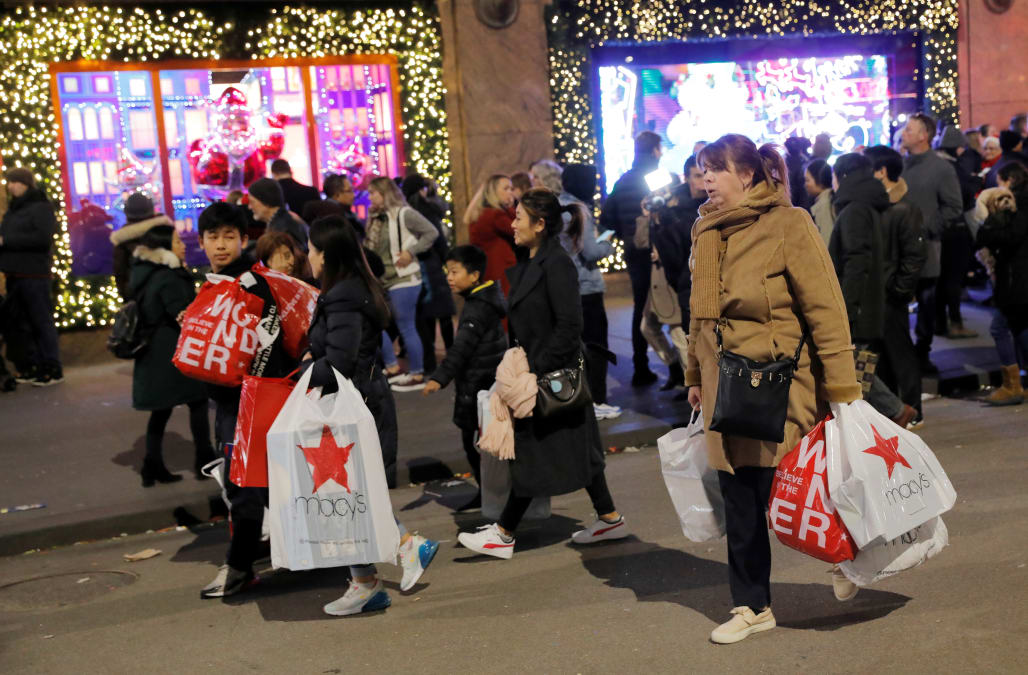 NEW YORK (AP) — Macy's said Tuesday it is closing 125 of its least productive stores and cutting 2,000 corporate jobs as the struggling department store tries to reinvent itself in the age of online shopping.

The store closures represent about one fifth of Macy's current total. They include about 30 that are in the process of closing and account for $1.4 billion in annual sales.

Macy's didn't specify how many jobs would be lost at the shuttered stores.

The corporate jobs will be shed as Macy's closes its offices in Cincinnati and San Francisco, leaving New York as its sole corporate headquarters. Macy's said that the 2,000 jobs to be lost account for about 9% of its corporate workforce.

Macy's is also testing a new smaller-store format that's located at a strip center, instead of a mall. The store will feature a mixture of Macy's merchandise and local goods as well as food and beverage options. It will open its first so-called Market by Macy's in Dallas on Thursday. The company also plans to build four $1 billion brands.

Macy's, like its peers Nordstrom and J.C. Penney, is dealing with stiffer competition and shoppers' changing behavior. Department stores are seeing their customers increasingly head to off-price stores like T.J. Maxx for fat discounts on name brands. They're also renting and buying second-hand goods online.

Macy’s has pursued a number of strategies as a way to lure people back. Those include recently teaming up with resale site ThredUp. The company’s Bloomingdale’s division launched a rental service last year. And it's been expanding its off-price concept called Backstage in many of its stores.

It has also been upgrading the look of its top 150 stores in healthy malls. Those stores account for about 50% of its total brick and mortar store sales. It said Tuesday that it plans to upgrade an additional 100 stores this year.

The company also has been closing stores over the past few years and has reduced layers of management as it tries to be more agile.

Still, that hasn't been enough.

Macy’s reported a steeper-than-expected 3.5% drop in sales at stores opened at least a year in its fiscal third quarter, which ended in Nov. 2. That marked Macy’s first quarterly comparable store sales decline in almost two years.

Its business during November and December showed some improvement — same store sales fell 0.6%. But analysts say that the department store is losing market share. The company is set to report final fourth-quarter results later this month.

“We will focus our resources on the healthy parts of our business, directly address the unhealthy parts of the business and explore new revenue streams,” said Jeff Gennette, who took the reins as CEO in early 2017.

The announcement of the steps comes ahead of Macy's annual investor meeting Wednesday in New York where Gennette is expected to unveil a three-year reinvention plan.

Shares in Macy's Inc. rose 17 cents, or about 1%, to $16.64 in after-hours trading following the company's announcement. Over the past year, they have declined nearly 36%.

More from Aol.com:
Amazon is paying U.S. taxes this year. But not in the way you might think
Ferrari just dropped some tantalizing hints about its electric-car plans
A Citigroup trader making more than $1 million a year has been suspended for allegedly stealing food from the company cafeteria