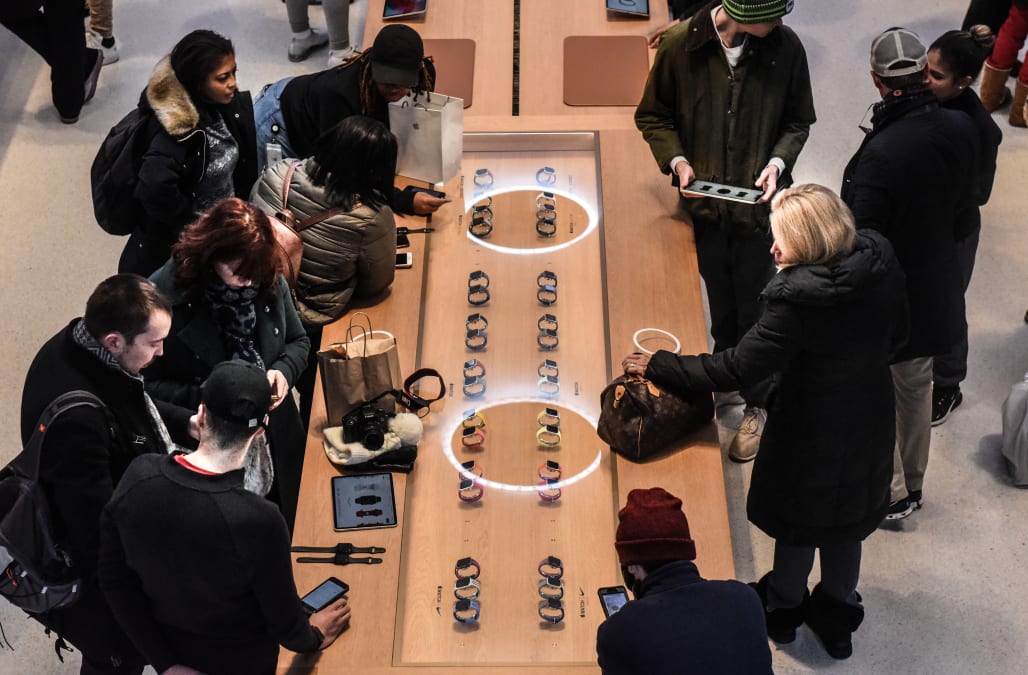 Apple is said to be working on a new product called "AirTags," which would be small trackers that can be placed on everyday items like keys, wallets, and purses, that allow you to locate such items using your iPhone. Based on the reports so far, it sounds like AirTags would be very similar to products sold by Tile, which offers small trackers that when attached to belongings like sunglasses, keys, and TV remotes, work with the company's smartphone app to pinpoint their location.

Here's everything we've heard about AirTags so far.

Much like Tile stickers and trackers, AirTags are expected to be small trackers that can be placed on everyday items. AirTags will supposedly look like small, circular tags with the Apple logo, according to images in an internal build of Apple's iOS 13 software found by MacRumors and 9to5Mac.

Do you work at Tile? If so, we want to hear from you. Contact this reporter at leadicicco@businessinsider.com.

It's expected to integrate with Apple's "Find My" app. AirTags will likely integrate with Apple's "Find My" app, the new app that combines "Find My Friends" and "Find My iPhone" that Apple unveiled last June.

An internal build of Apple's iOS 13 software, which MacRumors dug through last August, suggested that Apple's "Find My" app could eventually get a new "Items" category for tracking items marked with AirTags. Users receive a notification when they're separated from the lost item, and they can also choose to press a button that will cause the AirTag to emit a sound, according to MacRumors.

The software also reportedly suggested that AirTags users will be able to designate certain locations as safe to avoid getting notifications if you'd like to leave a belonging at home or at work, for example.

AirTags may come with a replaceable battery. Code that MacRumors discovered in the internal build of iOS also suggests that AirTags have a removeable battery, much like certain Tile products.

The app could use augmented reality features to help you find lost items. Augmented reality may play a big role in helping you find your lost items with AirTags, according to MacRumors. The code within Apple's software suggests that the app may display a visual marker, like a balloon, that would guide you toward the lost item when you hold up your iPhone.

And you might also be able to put items in "Lost" mode. If you can't find an item tagged with AirTags, you may be able to put that object into "Lost mode," according to 9to5Mac and MacRumors. Doing so would prompt the tag to send your phone a notification when the missing item is found. The person who found your belonging would also be able to contact you when the product is put into "Lost mode," the reports indicate.

The product is expected to launch in the first half of 2020. Kuo recently predicted that Apple could launch a Tile-like smart tag in the first half of 2020, as he recently wrote in a research note.

He doesn't say precisely when AirTags would debut, but Apple sometimes introduces new products in March. Last year, for example, it announced new services such as Apple Card, Apple TV Plus, and Apple News Plus at an event in March. It also launched its second-generation AirPods that month.

SEE ALSO: The next Apple Watch is finally expected to get one major feature it's been missing that Fitbit has been offering for years. Here's everything we know so far.