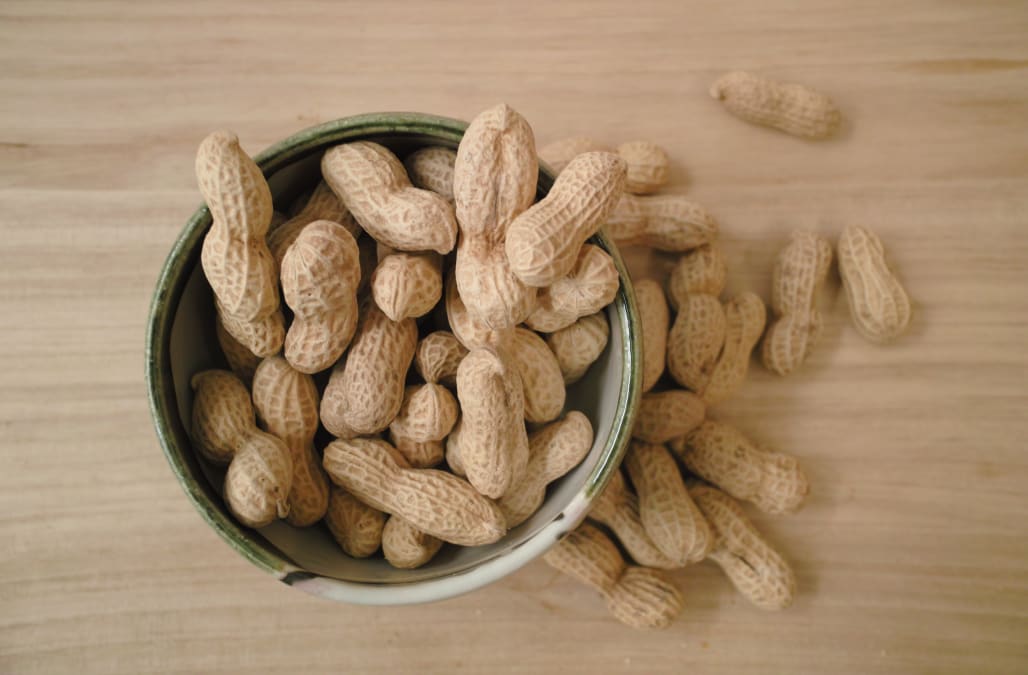 The US Food and Drug Administration approved a drug to treat life-threatening allergic reactions for the approximately 1 million children with peanut allergies.

The drug, Palforzia, can be used by children aged between 4 and 17 years old to mitigate potentially deadly reactions to peanut exposure. Though patients will still be encouraged to avoid any exposure to peanuts, the drug will be an added measure to help children in the case of accidental contact with peanuts.

"Even with strict avoidance, inadvertent exposures can and do occur," Peter Marks, M.D., Ph.D., director of the FDA's Center for Biologics Evaluation and Research, wrote in a statement. "When used in conjunction with peanut avoidance, Palforzia provides an FDA-approved treatment option to help reduce the risk of these allergic reactions in children with peanut allergy."

RELATED: Take a look at the 10 riskiest foods, according to the FDA:

10 PHOTOS
The 10 Most Risky Foods, According to the FDA
See Gallery

The 10 Most Risky Foods, According to the FDA
Sprouts may look harmless, but they can harbor both Salmonella and E. Coli, which have caused outbreaks over the years. There are two main reasons for this. The first is that seeds can become contaminated before sprouting. The second is that they grow in warm and humid climates, which are perfect conditions for bacteria to flourish.
As with sprouts, Salmonella is the most common culprit in tomato-related outbreaks, followed by the norovirus. Tomatoes can become contaminated either through their root systems or small breaks in the tomato skin. Be sure to cook your tomatoes thoroughly before eating, and be careful when ordering them when eating out: 70 percent of reported illnesses were contracted through tomatoes served at restaurants.
Even kids who hate to eat their fruits and veggies aren't immune to food-borne illnesses. A 1994 Salmonella outbreak was traced an ice cream company using the same truck to transport raw unpasteurized eggs as it used to move ice cream mix. Pregnant moms need to take extra care, as well, as the Listeria bacteria can survive on metal surfaces like those used in ice cream shops.
As with ice cream, the dangers in cheese are primarily traceable to two culprits: Salmonella and Listeria. Soft-cheeses are particularly prone to harboring Listeria.
Believe it or not, potatoes themselves are almost never to blame for outbreaks. Instead, people get sick from all the things that potatoes come into contact with between being pulled from the ground and served up on your plate. Salmonella, E. Coli, Shigella and Listeria have all caused outbreaks in the past. Contamination from other ingredients in things like potato salad, as well as from bacteria that live on deli counters, is often to blame.
Not surprisingly, seafood causes many sicknesses. Oysters are the second-most common culprits in seafood-related illnesses. The creatures are sometimes harvested from waters containing the Norovirus, which causes intestinal inflammation. But the more dangerous Vibrio bacteria can cause a host of illnesses, including -- in people whose immune systems are compromised -- fevers, chills, skin legions, and even death.
When it comes to contamination, tuna ranks as the most dangerous seafood for human consumption. Almost all cases of sickness were caused by Scombrotoxin, which is not caused by a bacteria or virus, but rather is the result of tuna decaying, due to not being refrigerated immediately after being caught. Scombroid poisoning can lead to nausea, cramps, and diarrhea, and the toxin can't be eliminated through cooking or canning.
Between them, the top two foods on this list have caused more illnesses than the rest of the list combined. Not surprisingly, Salmonella is the most common culprit in egg-linked outbreaks. Salmonella survives in the intestinal tracks of chickens, and can only be assuredly killed by cooking eggs thoroughly.
Though leafy greens might seem harmless -- and indeed, healthful -- it actually makes sense that they account for so many outbreaks since greens are rarely cooked at temperatures that kill harmful bacteria. Norovirus was responsible for 64 percent of the reported cases, and is often transmitted when handlers have not washed their hands. Salmonella and E. Coli each accounted for 10 percent of the outbreaks as well.
Up Next

Nina Nichols, an 18-year-old based in Washington, told The Associated Press that the drug provides a "safety blanket."

"It's been a life-changer," Nichols told the AP after participating in a Palforzia research study as a teenager.

Peanut allergies are one of the most common among American children, and can trigger a wide variety of reactions, including runny nose, stomach cramping, indigestion, hives, swelling, fainting, and anaphylaxis.

Palforzia can cause some of these side effects, particularly in its first two rounds of dosing, which the FDA requires that patients take in a special safety program under supervision in a certified health center.

The powder is made from small amounts of peanut protein and can be mixed by patients with a semi-solid food like yogurt or applesauce.

After the initial dose, it is increased every few weeks until after about six months, when the patient can tolerate the equivalent of about one peanut. In a study of nearly 500 children, two-thirds who received Palforzia could eat at least the equivalent of two peanuts.

Patients will need to continue the daily dose to continue protection, and users still must carry medicine like EpiPens in the case of a reaction.

Peanut allergies affect about 1 in 13 American children, and have been on the rise in recent years, making the issue a ripe area for innovation. Shots, patches, and oral drops are similar treatments that are also being weighed for peanut allergies, according to the AP.

More from Business Insider:
The CEO of embattled cannabis company MedMen is stepping down on February 1
Goldman Sachs CEO says no IPOs for companies without at least one 'diverse' board member starting in July
Amazon's head of devices says the smart home is still 'too complicated' — and working with major rivals like Apple and Google is the way to fix it