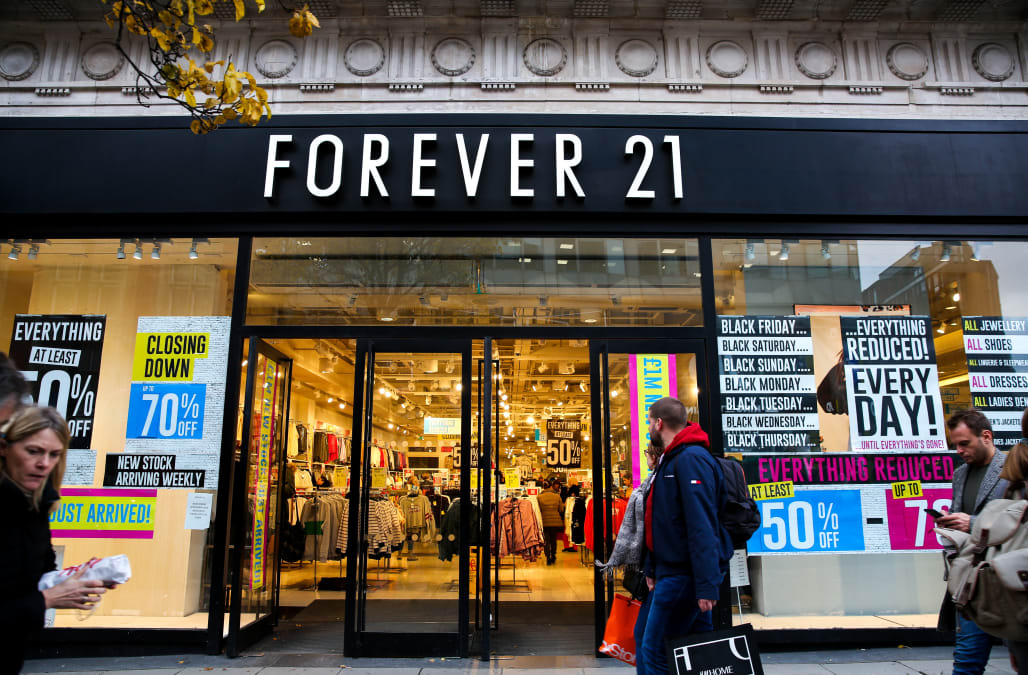 A consortium of buyers, including mall owners Simon Property Group and Brookfield Property Partners, is bidding $81 million for Forever 21, the ubiquitous mall staple that filed for bankruptcy protection in September.

Simon and Brookfield are Forever 21's biggest landlords. The other bidder is Authentic Brands Group, which has acquired the licensing rights to other troubled retailers like Barneys New York.

In 2016, Simon and mall owner General Growth Properties, which is now owned by Brookfield Property Partners, teamed up to save struggling teen apparel retailer Aeropostale, which was in bankruptcy. Simon's Chairman and CEO David Simon told investors during an earnings call last year that Simon was looking at other potential bankrupt retailers.

Mark Hunter, managing director leading CBRE's mall management and leasing business in the Americas, says that Simon and others are trying to keep occupancy high at their malls. They don't want to trigger a clause that lets other retailers at the shopping center ask for a lower rent or eventually get out of a lease. Still, Simon and others remain “strategic” regarding which retailer to buy.

RELATED: Take a look at the major retailers that filed for bankruptcy:

Forever 21, based in Los Angeles, is a privately held company founded by the Chang family. It joined a rapidly growing list of retailers that have fallen victim to changing shopping behaviors and preferences among teens who have increasingly turned away from malls in favor of online brands, or thrift stores.

Forever 21's bankruptcy marked a dramatic fall for the retailer. The company was founded in 1984 and, along with other fast-fashion chains like H&M and Zara, rode a wave of popularity among young shoppers that took off in the mid-1990s. It had the market heft to win over customers from traditional stalwarts like Abercrombie & Fitch and American Eagle.

Their popularity grew during the Great Recession, when shoppers sought fashion bargains. But Forever 21 went on an aggressive expansion of stores just as shoppers were moving online. It has since closed hundreds of stores globally. As of the bankruptcy filing, it operated about 800 stores worldwide, including more than 500 stores in the U.S. The company said at the time of the filing that it would still operate its e-commerce business, which accounts for 16% of total sales.

Other interested parties have until Feb. 7 to provide a higher offer. If a higher bid is accepted, there's a breakup fee of $4.6 million.

The approval for the sale will face a judge on Feb. 11.