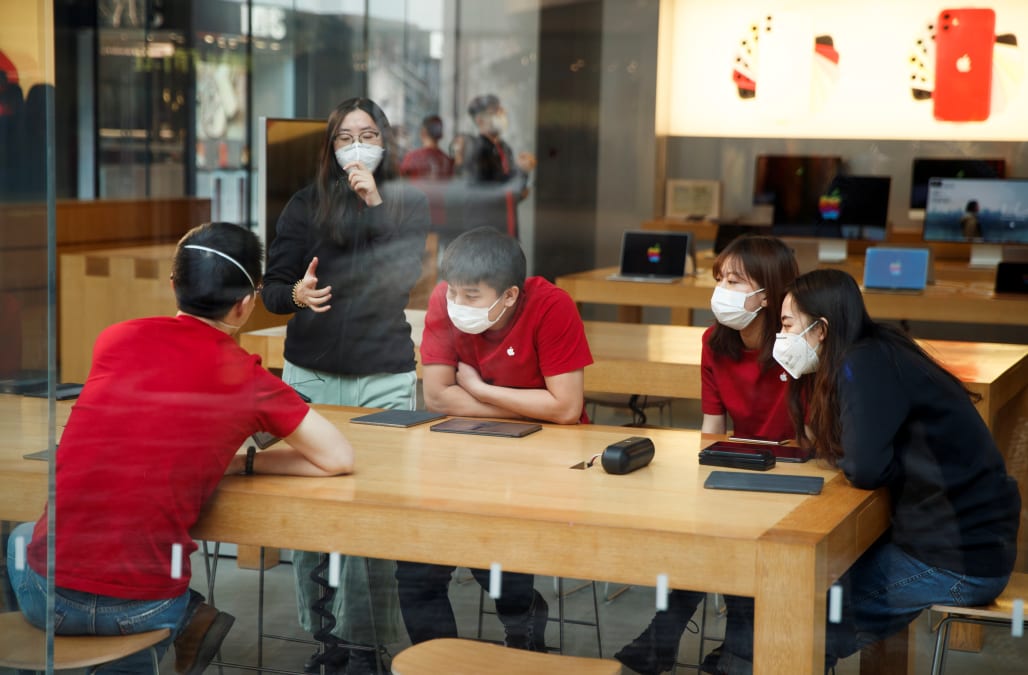 SAN FRANCISCO (AP) — Apple is temporarily closing its 42 stores in mainland China, one of its largest markets, as a new virus spreads rapidly and the death toll there rose to 259 on Saturday.

The iPhone maker said in a statement it was closing stores, corporate offices and contact centers in China until Feb. 9 “out of an abundance of caution and based on the latest advice from leading health experts."

“Our thoughts are with the people most immediately affected by the coronavirus and with those working around the clock to study and contain it," the statement said.

China is the company's third-biggest market in terms of sales behind the United States and Europe and it is also where most iPhones and other devices are made. CEO Tim Cook told analysts on Tuesday that uncertainty due to the outbreak was keeping the Cupertino, California-based company from offering more specific guidance about its financial performance in the coming months after announcing results for the holiday shopping season that were far better than investors anticipated.

RELATED: Take a look at Apple products through the years:

That performance propelled Apple's stock price to new highs earlier this week, but the escalating uncertainty about the situation in China quickly dampened spirits. Apple shares dropped 4% Friday to finish at $309.51.

In a Saturday note, Wedbush Securities analyst Daniel Ives predicted the store closures will have a “negligible" impact on Apple, largely because consumers in mainland China will still be able to buy iPhones and other products through online channels. Even if the shutdown of the brick-and-mortar stores extends throughout the entire month of February, Ives predicted it would lower only lower Apple's annual iPhone sales in that region by about 3%. Apple doesn't disclose how many iPhones it sells in China, but the company generated nearly $44 billion in revenue from the country in its last fiscal year.

Cook also said the company's contractors in China have been forced to delay reopening factories that closed for the Lunar New Year holiday.

Cook said the company was looking for ways to minimize supply disruptions. Some of its suppliers are in Hubei, the Chinese province at the center of the outbreak that's been under lockdown for more than a week.