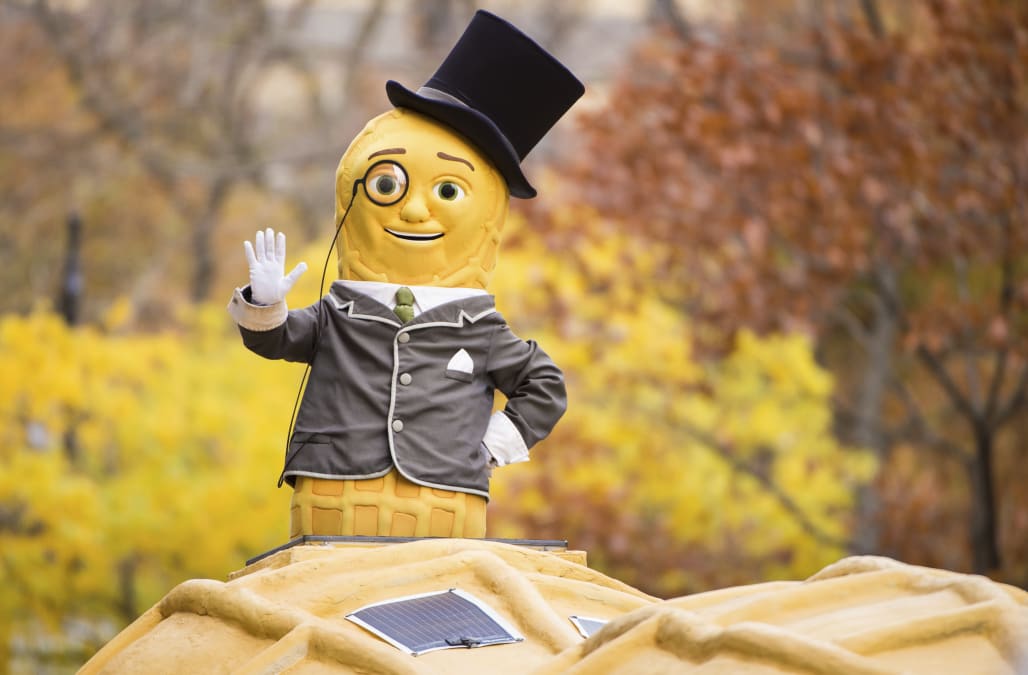 Crack your shell and hold the pieces to the sky in honor of a fallen hero.

Mr. Peanut, the iconic face of Planters peanuts, died suddenly on Wednesday morning. He was 104.

His estate tweeted out the news from Peanut's personal account:

We’re devastated to confirm that Mr. Peanut is gone. He died doing what he did best – having people’s backs when they needed him most. #RIPeanutpic.twitter.com/12PyWYJB7J

"It is with heavy hearts that we confirm that Mr. Peanut has died at 104," the tweet read. "In the ultimate selfless act, he sacrificed himself to save his friends when they needed him most. Please pay your respects with #RIPeanut."

Dozens of brands and other iconic mascots poured out their hearts and offered their condolences to the Peanut family, including Mr. Clean and Snickers:

We, too, would sacrifice it all for the nut #RIPeanut (a real one).

He may have been completely nuts, but he died a hero. #RIPeanuthttps://t.co/3wdxokAUHk

Just as we began to celebrate getting our page back from the squirrels, we were hit with the saddest news. Mr. Peanut was a selfless legume-man who gave the office pups peanut butter many a time, and his hourglass-shaped presence will be missed. Rest easy, @MrPeanut#RIPeanutpic.twitter.com/FLh666EaNi

This is sad to hear. We've known (or consumed) millions of @MrPeanut's family and friends over the years. We are thinking of them at this time. #RIPeanuthttps://t.co/QYdaTEFJD5

A toast to you @MrPeanut#RIPMrPeanutpic.twitter.com/MRhsFYDnHn

Thankfully (and tragically) the death was caught on film, per Peanuts' Twitter -- it turns out the untimely death of a true American icon was a marketing strategy in order to get fans to tune into the third quarter of the Super Bowl LIV where Mr. Peanut's funeral will be broadcasted.

Truly, this is the America we are living in.

Advertisement or not, fans everywhere couldn't help but speculate about the real cause of Mr. Peanut's death and whether or not the video was just a cover up for something far more sinister:

mr peanut was assassinated by the us government for attempting to achieve racial unity through his work with george washington carver. rip to a true ally

planters is merely faking the death of mr. peanut to generate hype for his eventual return, much as the apostles did with jesus

Alas, in a time so politically divided, it was nice to see the Twitter community come together to mourn a collective idol:

🎶Think I’ll miss you forever / like the stars miss the sun in the morning sky🎶 RIP KING @MrPeanut#RIPeanutpic.twitter.com/leSQmWx6BY

I can't get over this pain😭😭
Mr. Peanut is dead#MrP#rippeanutpic.twitter.com/FNbsCMa3qb