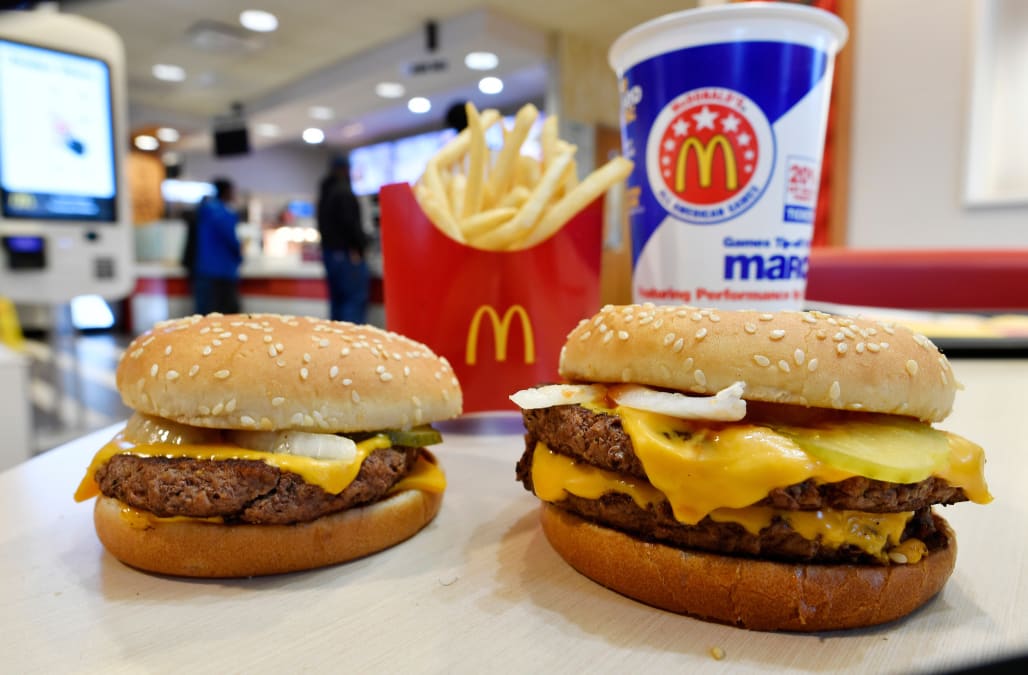 Things are heating back up in the chicken sandwich wars, and the pressure has reportedly pushed McDonald’s to use the flavor enhancer MSG in its new Crispy Chicken sandwiches in its bid to compete with rivals Popeyes and Chick-fil-A.

Bloomberg reported that MSG, also known as monosodium glutamate, is being used in the sandwiches, which are currently being tested in Houston and Knoxville, Tennessee. The test was announced on December 2 and will run until January 26.

Yahoo Finance reached out to McDonald’s for confirmation on the report, and a spokesperson responded, “We are always listening to our customers regarding our menu offerings. So far, our customers in Houston and Knoxville have had a positive response to the test of our Crispy Chicken Sandwich and Deluxe Crispy Chicken sandwich. Feedback and insights from the test will inform our decisions moving forward.”

MSG is considered safe by the Food and Drug Administration, but it has been a controversial ingredient for many years because some people react negatively to it. Some people say they experience headaches and numbness, and others say they associate MSG with processed or unhealthy foods.

It’s important to note that both Popeyes and Chick-fil-A currently use MSG in their chicken sandwiches, and both companies post their full ingredients lists online. McDonald’s doesn’t use MSG in its food that is on the national menu, and there are no updates from the company yet on whether the Crispy Chicken Sandwiches will be added to the menu permanently.

McDonald’s has been making strides to use purer ingredients in its food. Most recently, it switched to fresh beef patties in its Quarter Pounders and is looking to make a full switch over to cage-free eggs.

The one McDonald's in the world where its arches are blue

McDonald's might be known for its golden arches, but there's one location where the arches are blue -- not yellow.

In 1993, the chain was building its Sedona location when city officials protested the chain's iconic color scheme. They feared that the gold would clash too much with the city's natural red surroundings. The teams agreed on a turquoise blue, a huge flip from its iconic logo, but the rest is history.

Although the infamous Roswell UFO incident of 1947 took place some 75-miles out of the city, that hasn't stopped believers from flocking to the southeastern destination.

When building the city's McDonald's in the 1990s, the fast-food company went above and beyond to create a place that was on-brand for the location. It's not just the architecture that follows an extraterrestrial theme: the art and murals within the restaurant's galactic motif.

You can visit the Hamburger University at the chain's global headquarters

If you're ever in Chicago, make sure to add the chain's global headquarters to your itinerary and get a taste of the most popular menu items from around the world. The university is a real school where students can focus on leadership and development. It's even more difficult to get accepted to than Harvard.

The fanciest McDonald's is in Ohio

This McDonald's in Independence, Ohio, trades golden arches and playrooms for with grand chandeliers and cascading staircases.

Only two states are home to over 1,000 McDonald's

California and Texas have the most McDonald's in the country, with California home to 1,286 and Texas home to 1,189. Florida comes in third, with 907.

You can get lobster at McDonald's in Maine

When in Maine! The McDonald's in Freeport used to be the state's only McDonald's, but now there are 62. Seafood lovers can even add lobster rolls to their orders.

The oldest McDonald's in the world dates back 66 years

California is home to 1,286 McDonald's, the most in the country, including the oldest location!

The McDonald's at 10207 Lakewood Blvd., in Downey, was built back in 1953. From a fishbowl kitchen to a single arch "Speedee" sign, it's been unchanged from the day it opened almost seven decades ago.

You can step back in time with this McDonald's in Massachusetts

This New York McDonald's is the most charming

Fans of the chain go wild over this McDonald's located off of Jericho Turnpike for its charming and Southern-inspired architecture, complete with an elongated porch and shuttered windows.

All aboard the McDonald's in Barstow, California! The restaurant is home to a few more culinary tenants at Barstow Station, which is built out of 16-strung together train cars. Customers can dine in passenger train cars, which seem to have quite the following on Instagram.

The state with the least amount of McDonald's is...

North Dakota is home to the fewest amount of McDonald's in the country, with 25 locations. Vermont is home to 26, Washington, D.C. to 27, Wyoming to 29 and South Dakota to 30.

“We’re passionate about our food and take great care to offer delicious, quality menu options to our customers that are produced and sourced in a responsible way,” McDonald’s Chief Nutritionist Dr. Cindy Goody said in a statement to Yahoo Finance. “We use real, quality ingredients to elevate the taste of our food so our customers all over the world can enjoy. We are committed to providing customers with easy access to ingredients and nutritional information to help them make informed food choices when they order from the McDonald’s menu.”