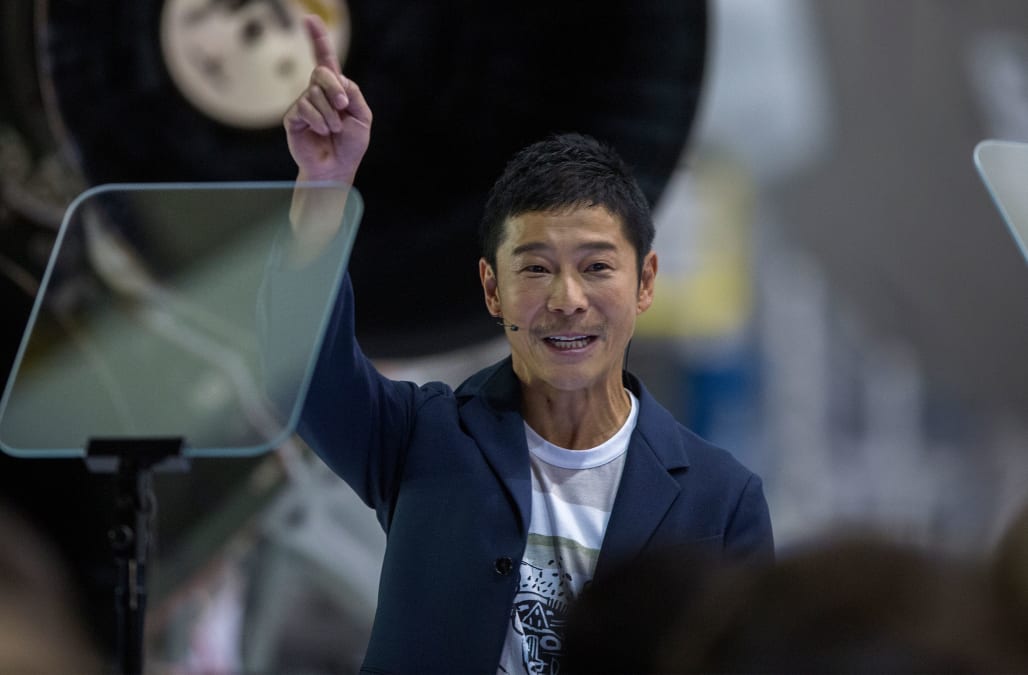 A lonely billionaire is already set to become the first private passenger to visit the moon. The only thing he's missing is someone to share the journey with.

Yusaku Maezawa famously paid to become the first passenger on the Big Falcon Rocket, which is currently being developed by Elon Musk's SpaceX company. Maezawa, who founded the massive Japanese online fashion retailer Zozotown, is worth an estimated $2 billion, according to Forbes.

Fresh off a break-up, Maezawa decided to take to the internet in search of someone to join him on his voyage, which isn't scheduled to happen until 2023.

"As feelings of loneliness and emptiness slowly begin to surge upon me, there's one thing that I think about: continuing to love one woman," the 44-year-old wrote on his website. "I want to find a 'life partner.' With that future partner of mine, I want to shout our love and world peace from outer space."

[WANTED!!!]
Why not be the ‘first woman’ to travel to the moon?#MZ_looking_for_lovehttps://t.co/R5VEMXwgglpic.twitter.com/mK6fIJDeiv

How does one qualify to become Maezawa's moon girlfriend? There are 5 simple requirements laid out on the website where you can apply for the role:

If this sounds like you, you'll have to apply fast, as his timeline to find a mate is swift. The deadline is Jan. 17, and a final decision is scheduled to be made by Maezawa at the end of March.

More from Aol.com:
J.C. Penney could be doomed: former top retail CEO
Senator slams 'fake food fad,' introduces bill to crack down on fake meat labeling
The U.S. is fighting a french fry shortage because it's been so cold