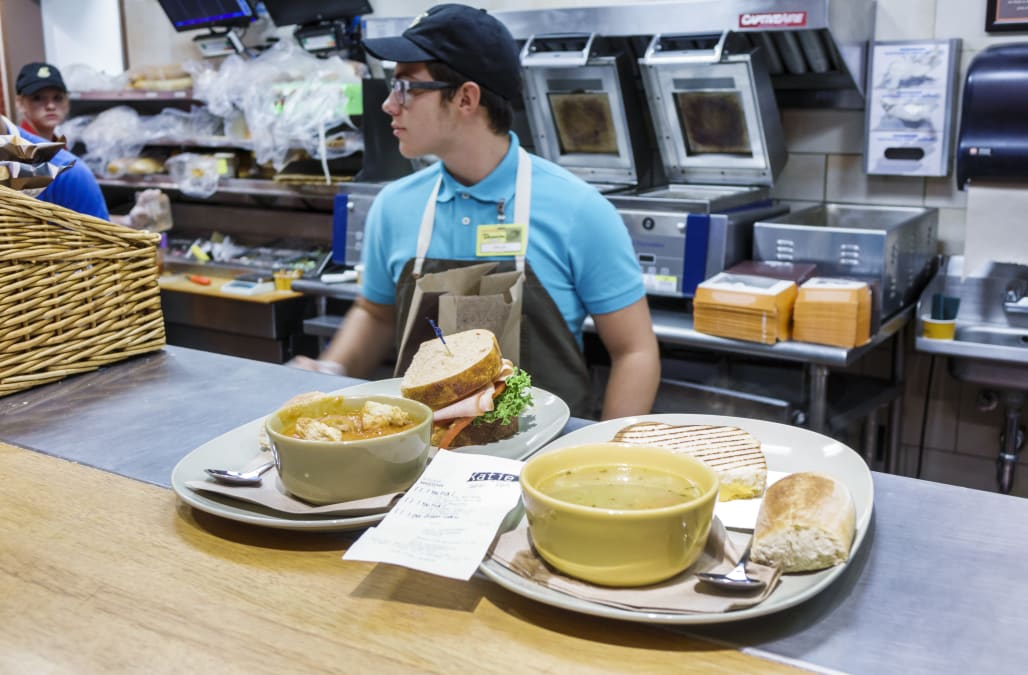 The popular chain dropped the item from its menu last fall. However, after receiving over 1,000 complaints on social media in just a few weeks, the team at Panera along with 'The Office' star Phyllis Smith brough back an item that was gone far too soup: French Onion Soup.

Check out the hilarious video below:

"The internet was sad when we took it away, but we heard you," Scott Nelson, Panera’s VP of marketing, said in a statement. "Now, with the help of our friend and St. Louis native, Phyllis, we’re announcing French Onion Soup is back at Panera."

According to the company's Twitter, it initially removed the Bistro French Onion Soup to make space for seasonal items such as the Turkey Chili and Autumn Squash Soup. While the Panera team couldn't have predicted the social response to the temporary decision, they quickly used the opposition to their advantage -- and came up with the genius idea to enlist Phyllis as part of the marketing strategy.