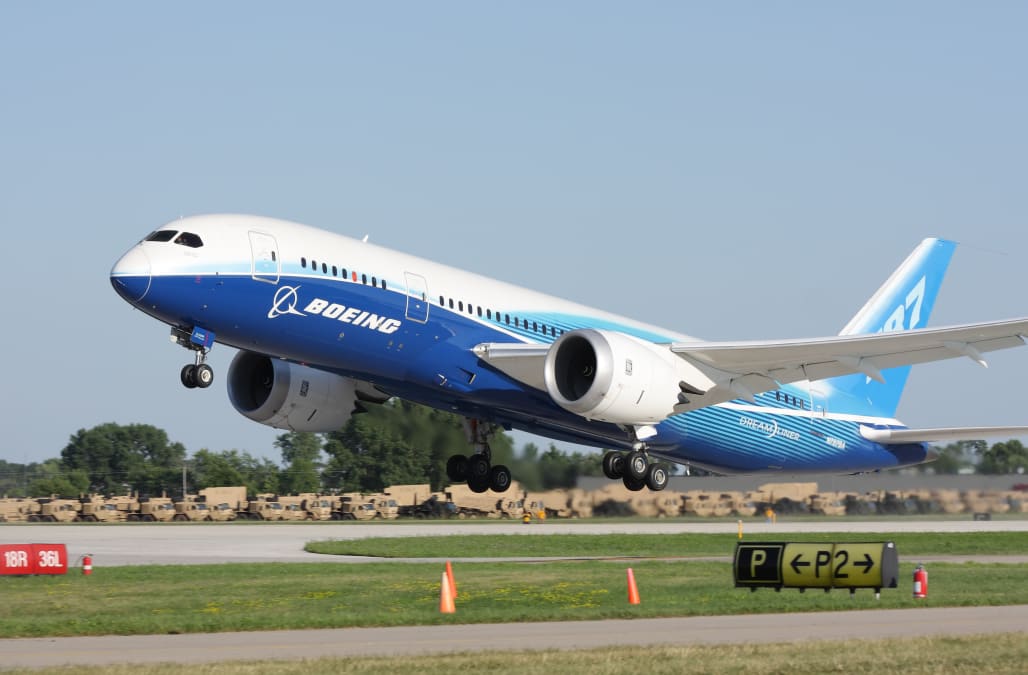 Boeing (BA) has been forced to publicly apologise after internal communications suggested employees were aware of issues with its now grounded 737 Max plane before disaster struck.

Boeing on Thursday published over 100-pages of internal communications as part of the US Federal Aviation Authority (FAA) and Congress’s investigations into issues with the 737 Max.

The planes have been grounded globally last March following two fatal crashes that killed all passengers.

The emails and memos are highly embarrassing for Boeing and likely to lead to more questioning from politicians and regulators.

“This airplane is designed by clowns, who in turn are supervised by monkeys,” a chat message from April 2017 reads. Another message from the same exchange describes working on the plane as “patch[ing] the leaky boat.”

“This is such a shit show,” one employee wrote to another on a chat system in mid-2018.

“Totally,” a colleague replied, “I’ll be shocked if the FAA passes this turd.”

‘This airplane is ridiculous’

The emails paint a picture of a company rushing to get approval for its plane and pushing to have the lowest possible training requirements for the 737 Max. Less training would make the aircraft cheaper for clients.

In an exchange from 2018, employees talk about a “culture issue” at Boeing, complaining there was “a culture of ‘good enough’ and that is an incredibly low bar.”

Another message from 2018 reads: “They fail to understand that the pilots subjective feedback is as important as providing solitary test conditions that pass or do not show the full picture.”

An unnamed employee said he would “struggle to defend the sim[ulation training] in front of the FAA next week.”

“I still haven’t been forgiven by god for the covering up I did last year,” another message in the same exchange reads.

“This airplane is ridiculous,” an employee wrote to another in one message. “We are having issues with every update we do.”

Employees repeatedly talk about using “Jedi mind tricks” to convince regulators and customers that their training proposals are safe.

“At this point point there are more nails than wood in the coffin,” a message from 2018 said.

RELATED: Take a look at the 'worst' airports in the U.S.:

6 PHOTOS
6 worst airports in the US
See Gallery

6 worst airports in the US

The airport is know for its long waits to get through security, immigration, and customs, according to the LA Times. Some travelers have also complained of poor signage, limited seating, unclean restrooms, and crowded terminals.

There are renovations planned for the airport, including a $1.6-billion midfield terminal that will add 12 gates for aircrafts. In February 2016, a revamped Terminal 2 also opened, which now features a mix of 20 new local and chain restaurants, more open space, and luxury retail.

The airport deals with extreme congestion: there were more than 5.5 million arrivals and departures in 2015, the Boston Globe reported. In the past, TSA lines have also stretched up to three hours. And the Globe notes that it's still not uncommon to have over five flights land within the same hour.

In 2016, the Massachusetts Transportation Authority approved a $45 million redevelopment plan, which includes expanding some terminals, for the airport.

Due largely to weather, O'Hare can be a nightmare for flight delays — a major reason for its low score in the study. Thunderstorms and snow storms were relatively mild for O’Hare in 2016, which reduced flight delays compared to previous years, according to the researchers.

On a 1,000-point scale, travelers scored Philadelphia International Airport a 688.

Philly's international airport's infrastructure continues to age, while the number of passengers that use it continues to grow. During 2016's spring break, nearly 6,800 passengers missed flights because of TSA checkpoint delays at Philadelphia International Airport, according to the local NBC station. The airport hired about 200 new workers each week last summer to try to make up for the gap.

In 2016, the airport handled over 430,000 arrivals and departures, though many of them did not come or leave on-time. According to a report by the Department of Transportation, only 74% of flights avoided delays in 2016.

LaGuardia may be ugly, horribly congested, and not so efficient. (In 2016, 29% of LaGuardia flights had delays.)

But it's about to get a huge upgrade. In March 2016, the Port Authority of New York approved a $4 billion redevelopment plan for the aging airport. The first part of the new airport is expected to open in 2019, with the rest scheduled to debut 18 months after that.

Boeing chief technical pilot talks about being “pressured into” accepting training guidelines that he admits may leave gaps for pilots. Another employee talks about not sharing certain information with the FAA because “we don’t want to indicate to the FAA that our design conflicts with pilot expectations.”

“Everyone acknowledged that there is somme risk to the new style of training, but it shouldn’t be a show stopper,” Boeing’s chief technical pilot wrote in one email.

The same chief technical pilot said in another email in 2017 that Boeing was “holding firm” that there should not be simulator training required to fly the 737 Max.

“Boeing will not allow that to happen,” the pilot wrote. “We’ll go face to face with any regulator who tries to make that a requirement.”

In another message exchange, an employees says another employee will “get crucified” if she calls for simulation training related to the plane.

“She just wants to say she ‘evaluated’ it,” the employee says.

“As long as she comes up with the right answer,” another employee replies.

On Tuesday this week Boeing relented on pressure to make pilots undergo more extensive simulator training before they fly the 737 Max.

“These communications do not reflect the company we are and need to be, and they are completely unacceptable,” Boeing said in a statement.

“We regret the content of these communications, and apologize to the FAA, Congress, our airline customers, and to the flying public for them. We have made significant changes as a company to enhance our safety processes, organizations, and culture.”

The manufacturer said the “provocative language” in the communications “raise questions about Boeing’s interactions with the FAA in connection with the simulator qualification process”. But the company said it was “confident” its simulators were “functioning effectively.”

The company said it would be taking “disciplinary or other personnel action” in response to the contents of the messages.

Boeing paused production of the 737 Max last month, implicitly admitting approval may take longer than it had hoped, and fired its CEO shortly after. The scandal has so far cost Boeing billions of dollars.