Trump stumbles on economic victory lap: ‘HOW ARE YOUR 409K’S DOING?' 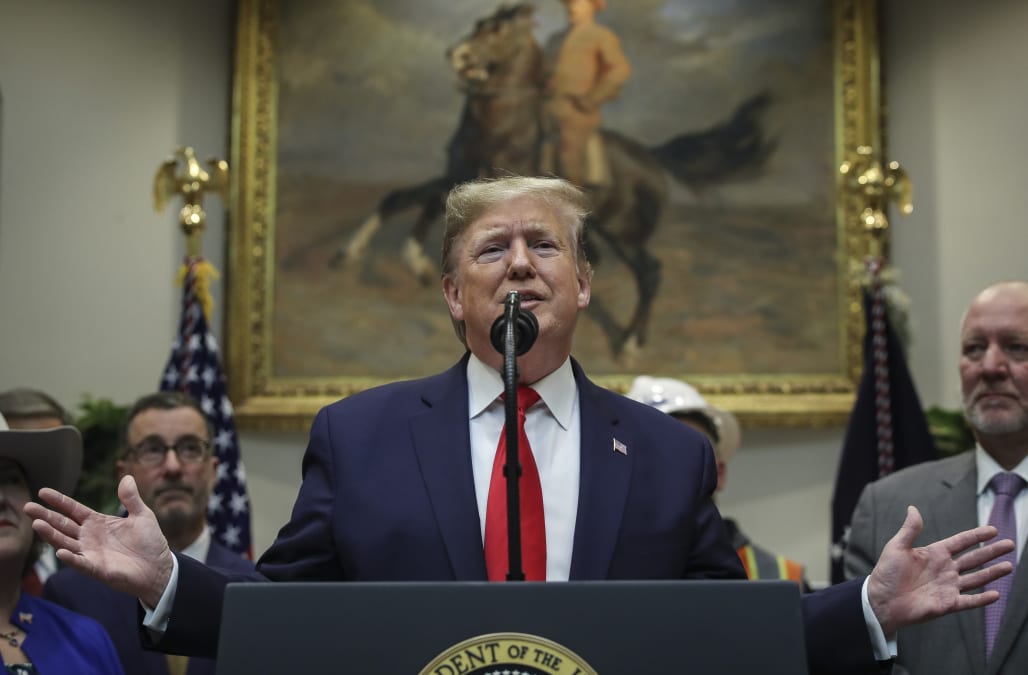 In a tweet sent Thursday, President Trump seemed to mistake 401(k) retirement accounts with “409K’s” — which do not exist.

For critics, the tweet reflected another instance of the president highlighting the price of milk question — that is, how political figures are out of touch with knowledge that is common to everyday folks. Trump, who has an estimated net worth of about $3 billion, previously asserted to a rally in Florida that someone needed a photo ID to buy groceries.

And Trump is not the first president to be considered out of touch. President Barack Obama once asked a rally in Iowa: “Anybody gone into Whole Foods lately and see what they charge for arugula? I mean, they’re charging a lot of money for this stuff.” (There were no Whole Foods in Iowa at the time.) President George H.W. Bush, while traveling the country during a re-election campaign, drew criticism for being amazed at how supermarkets operated.

About 50 minutes after posting the erroneous tweet, which was intended to tout the stock market being at near all-time highs, Trump’s account deleted the original and reposted a corrected tweet.

What Trump was referring to his in tweet is how 401(k)s are likely doing very well due to the stock market.

Most people saving for retirement through a 401(k) invest their assets into the stock market through stocks, bonds, and cash. Therefore, when the stock market is up, so is your 401(k), most likely. If markets are down, though, your portfolio could take a hit.

As the market continues to see its longest bull run, those who have been long-term investors are seeing significant gains.

“Certainly year-to-date market returns across the main asset classes have been unusually strong for the equities and bonds,” said Dave Stinnett, principal of Vanguard’s strategic retirement consulting group. “No doubt about that things could change.”

Furthermore, despite the corrected tweet, the idea that anyone’s 401(k) would be up 70-90% is unrealistic. Even a 401(k) up 50% — which the president’s tweet seemed to scoff at — would be far higher than the 5-10% annual return that is commonly considered very good for the return for the retirement savings vehicle.

Trump corrected the 409K bit, but not the rest of it?

He honestly has no idea how they work because he's out of touch with the working class.

A history of the president making these mistakes

In 2017, the president erroneously tweeted the word “covfefe,” likely instead of coverage, making way for a series of memes and wave of public confusion. It wasn’t until five hours later that this tweet too was deleted and replaced.

Later that year, Trump tweeted: “Ask Sally Yates, under oath, if she knows how classified information got into the newspapers soon after she explained it to W.H. Council.” That tweet was deleted and replaced with the correct spelling of “Counsel.”

Perhaps the most notable of these mistakes was when President Trump’s notes misspelled terrorist group al-Qaeda’s name as Alcaida. This was evident in a photo taken by Jabin Botsford of the Washington Post. 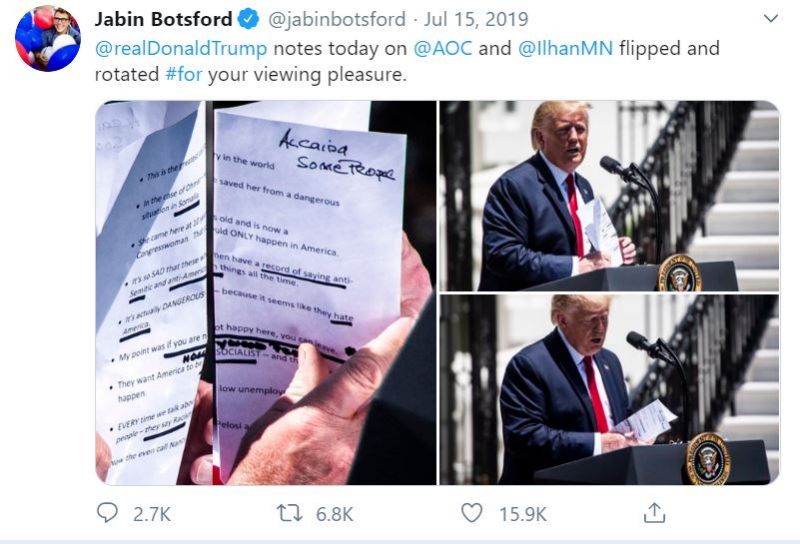 More from Aol.com:
A look at Julián Castro's net worth after announcing the end of his 2020 presidential bid
Trump re-election campaign raises $46M in fourth quarter
Ex-Nissan boss Ghosn in Lebanon, left Japan over 'injustice'