Eat this, not that: Ingredient swaps to save money 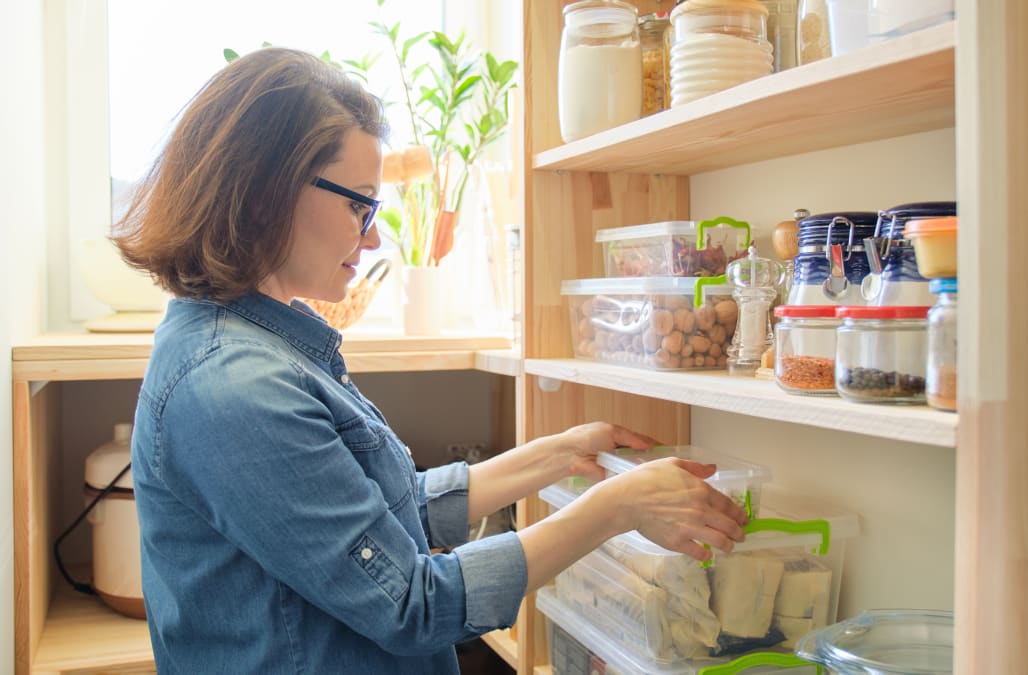 Eating a home-cooked meal is not only healthier, but it’s also a great way to save a ton of money.

While it is a great alternative to going out to eat on a daily basis, there are times when certain ingredients for recipes may be on the pricer side. The best way to combat those high prices, however, is simple: Swap out that high-priced item for a much cheaper, lesser-known product.

Check out the video above to save money next time you’re in the kitchen!

RELATED: 10 sneaky ways supermarkets get you to spend more money:

According to Martin Lindstrom, the larger the shopping cart, the more likely you are to spend. The marketing consultant told The Consumerist, "We doubled their size as a test, and customers bought 19% more."

Walking into a grocery store and smelling freshly baked goods and flowers, especially if you're in a good mood, is a surefire way to get you to throw a few unnecessary items into your cart as your begin shopping experience.

After you've already been tricked into picking up a loaf of bread or some flowers, supermarkets also get you by placing the produce in the front of the store. By doing this, they fool you into believing you're being healthier by shopping for fruits and veggies first so you won't feel bad if you decide to stock up on a few unhealthier snacks along the way to checkout, too.

You may think the mist on fresh fruits and veggies is helping the produce, but in all actuality, it makes them rot faster. Also, be sure to shake off the access water before purchasing your produce -- the mist tends to add additional weight, making the price go up.

Have you ever wondered why most grocery stores play some sort of elevator music? It's because they want you to take your time while shopping. Many stores play music slower than the average heartbeat, so pop your headphones in and play upbeat music to combat this trick.

It's common to believe you're getting a great deal during a 10-for-$10 promotion, but say, if a can of beans was originally 87 cents, you're actually paying more versus buying 10 of the same cans when they aren't on "sale."

Dairy being in the back of the store

The reasoning behind the age-old trick of placing milk and other dairy products in the back of the store may surprise you. Although it forces you to walk through various aisles, the true reason is because trucks unload their shipments in the back of store, and since milk needs to be refrigerated immediately, the easiest place to keep it is in the back.

If you've ever wondered why all of the expensive items seem to be the most accessible, there's a reason behind that, too. Supermarkets place cheaper items on the lower and higher shelves and reserve the middle, or eyesight level, shelves for their most expensive products.

Just because you are buying a seemingly fresh cut of meat or fish from the deli and paying a higher price, doesn't necessarily mean the product is of better quality. Often times, the meat was previously frozen meaning you may have to use it sooner than meat you would buy from the frozen section.

Changing the layout of the store... often

Don't get too comfortable with your local supermarket's layout. Markets believe that when a person remembers where there items they plan on buying are, they'll spend less time in the store and will ultimately spend less money.

More from Aol.com:
Meet the original 'Coupon Queen,' whose tips can save you up to 80 percent on your next bill
Easy Money: How to split the bill, not the relationship
Easy Money: Morning tips to increase productivity