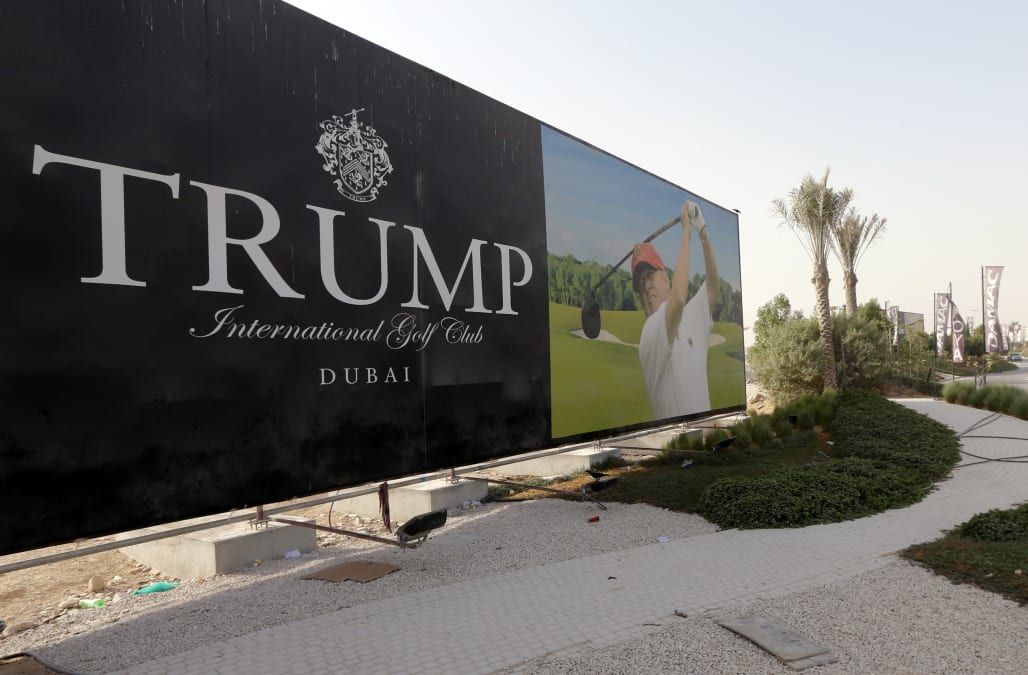 There’s a unique set of targets Iran is likely eyeing as it contemplates retaliation for the U.S. killing of a top Iranian general in Iraq on Jan. 2: Trump Organization properties in 11 countries outside the United States.

“[Iran] will look for the most opportune chance to strike back in a way that hurts President Trump personally,” Iran scholar Suzanne Maloney of the Brookings Institution said on a recent Lawfare podcast. “I will assume security around any Trump property is enhanced.”

On Jan. 5, an Iranian official who advises the country’s president hinted that Iran is, in fact, tracking Trump properties. Hesameddin Ashena, who runs the Iranian president’s research outfit, posted a tweet, without comment, linking to a Forbes web page on Trump’s personal wealth that lists 19 Trump properties, mostly in the United States. The Trump Organization owns those properties. Most of the firm’s international properties are owned by others, with the Trump Organization branding and managing them.

“We have ZERO problems with the American people,” Ashena wrote, in English, in a separate tweet. “Our sole problem is Trump. In the event of war, it is he who will bear full responsibility.”

The Trump Organization did not respond to Yahoo Finance questions about security enhancements at properties it owns or manages.

An interior view of Trump Tower, November 16, 2016 in New York City. Trump is in the process of choosing his presidential cabinet as he transitions from a candidate to the president-elect.

The Trump Tower skyscraper on fifth avenue of Donald Trump property, the new president of the United States of America on January 31,2017 in New York. The structure is used both for offices and for residential apartments.

People look from the windows of Trump Tower as protesters gather on November 9, 2016 in New York City. Throngs of demonstrators held marches across the United States on Wednesday to protest Republican Donald Trump's surprise victory in the U.S. presidential election.

The John Hancock building, left, and Trump Tower, right, stand in the cityscape as seen from the Willis Tower in Chicago, Illinois, U.S., on Wednesday, Feb. 13, 2013. Willis Tower, formerly named the Sears Tower, is the tallest building in the U.S. and one of the most popular tourist destinations in Chicago with over one million visitors to its observation deck each year.

Exterior view of the 2011 Holiday Windows at the Trump Tower on December 2, 2011 in New York City.

A New York City Police (NYPD) officer walks with a dog inside the lobby at Trump Tower, November 14, 2016 in New York City. Trump is in the process of choosing his presidential cabinet as he transitions from a candidate to the president-elect.

circa 1980: Shops and shoppers inside Trump Tower in New York City.

Tourists walk through Trump Tower on December 16, 2016 in New York City. Since President-Elect Donald Trump's win, thousands of Trump fans, tourists and the simply curious have converged inside Trump Tower. Trump continues to hold meetings with potential members of his cabinet and others at his midtown office.

A U.S. Secret Service member rides an escalator inside Trump Tower, November 11, 2016 in New York City. On Friday morning, Trump tweeted that he 'has a busy day in New York' and 'will soon be making some very important decisions on the people who will be running our government.'

An Iranian attack on a Trump property in the United States would be an overt act of terrorism likely to trigger an aggressive U.S. military response that could be devastating for Iran. It might also generate domestic support for Trump and help him get reelected if it occurred before the November election. If Iran denied responsibility for such an attack, suspicion would fall on them anyway and it might not matter.

An attack on a Trump property outside the United States might be different, since the United States wouldn’t automatically be able to characterize it as a violation of U.S. sovereignty. Foreign investigators might bungle the investigation into who did it. The United States could retaliate militarily against Iran as an ally, but that would be odd if it were in association with a country like Indonesia or the Philippines that isn’t a normal military partner and might not even want U.S. assistance.

Security experts point out that in addition to conventional military assets such as missiles, mines and submarines, Iran has cyberwarfare capabilities and could cause digital disruption. Cyber attacks could narrowly target individual organizations or aim to cause havoc by disabling power grids or other essential infrastructure.

Iranian-backed militias are known mainly for the trouble they cause in other parts of the Middle East, such as Yemen, Lebanon and Syria. But Iran has gone much further from home in the past to avenge perceived grievances. The Iranian proxy group Hezbollah planned and carried out two attacks on Jewish and Israeli sites in Buenos Aires, Argentina in 1992 and 1994 that killed more than 100 and injured hundreds more. The trigger for those attacks was Argentina’s suspension of cooperation on nuclear technology with Iran.

The theocratic nation faces tough choices in weighing how to respond to the U.S. airstrike that killed Iranian general Qassem Soleimani and five others as they were leaving the Baghdad airport on Jan. 2. Trump has threatened devastating retaliation for any attack that harms Americans and can be traced to Iran. And Iran would be the immediate suspect in a covert attack. “There will be a carefully calibrated response over the long term,” says Maloney of the Brookings Institution. “With an eye to what serves their interests best.”

More from Aol.com:
Airline advises employees to stop greeting passengers as 'ladies and gentlemen' to create a gender-inclusive environment
Barneys and other shocking retail bankruptcies in 2019
Warren Buffett or Walmart should spend billions to buy FedEx: top strategists