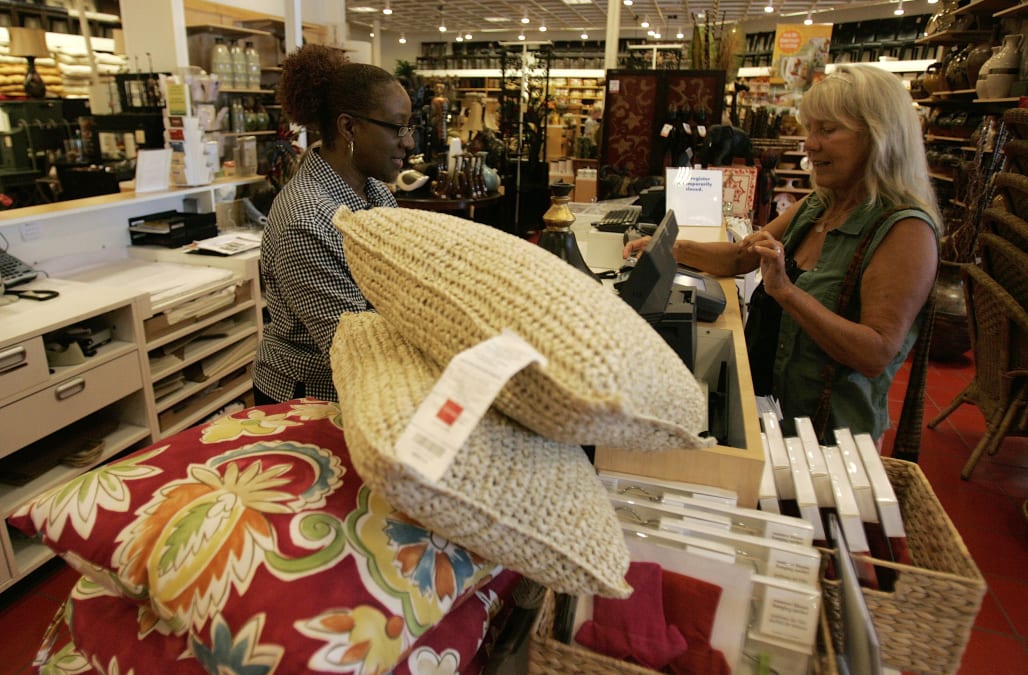 Pier 1 is planning to fire hundreds of corporate employees and cancel orders as the company struggles to stay afloat, Bloomberg reported on Monday.

The company's plans include laying off about 40% of its headquarters staff, or roughly 300 people, according to the report. Pier 1 also has drafted a bankruptcy plan, the report said.

Pier 1 did not immediately respond to a request for comment.

The home goods retailer has been struggling to turn around its business following eight straight quarters of sales losses and mounting competition from retailers such as Wayfair and Walmart.

Pier 1 said in September that it could close up to 15% of its stores — which would amount to about 150 stores — in its current fiscal year if the company failed to reach performance goals.

"We've decided to close approximately 70 stores in fiscal 2020 and expect that number to increase as we continue the dialogue with landlords," then-interim CEO Cheryl Bachelder said during the company's earnings call in September. "If we are unable to achieve our performance goals, sales targets and reductions in occupancy and other costs, we could close up to 15% of our portfolio."

NOW WATCH: Applebee's made the best comeback of 2018. Here's how the restaurant chain turned around.

More from Business Insider:
12 celebrities who love shopping at Costco
I'm giving up alcohol during January for the 3rd year in a row. Here's how it helps me understand my relationship with drinking after almost losing a loved one to alcoholism.
An app for intermittent fasting is getting roasted by critics who say it promotes body shaming and eating disorders