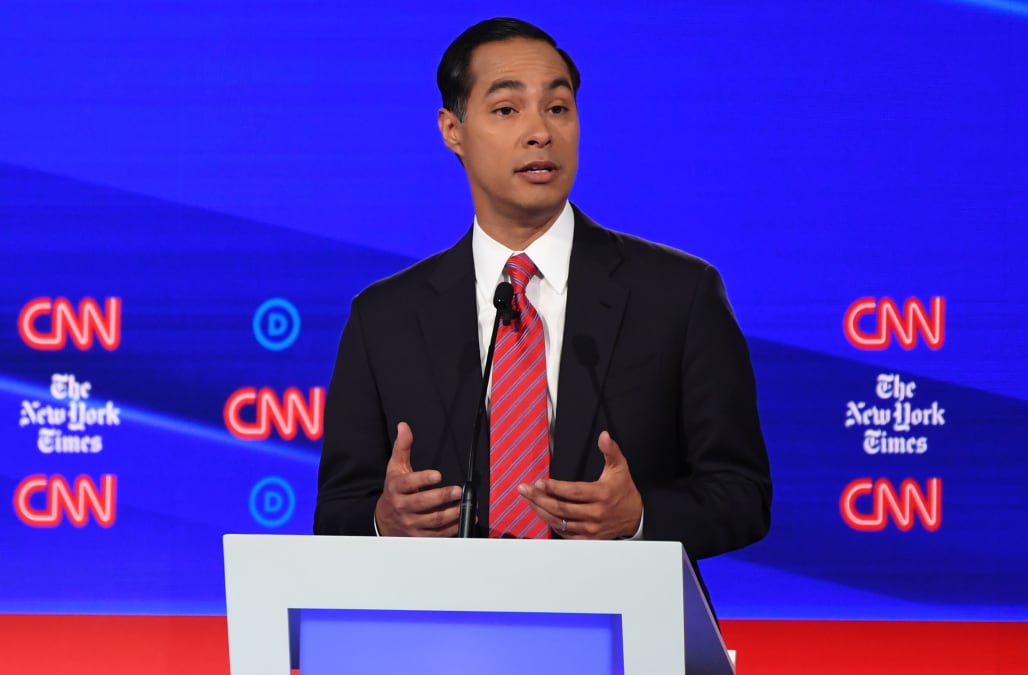 Julián Castro has ended his bid to earn the Democratic presidential nomination.

The announcement came from Castro earlier this week in the form of a video he released on Twitter.

It’s with profound gratitude to all of our supporters that I suspend my campaign for president today.

I’m so proud of everything we’ve accomplished together. I’m going to keep fighting for an America where everyone counts—I hope you’ll join me in that fight. pic.twitter.com/jXQLJa3AdC

"It’s with profound gratitude to all of our supporters that I suspend my campaign for president today," Castro tweeted. "I’m so proud of everything we’ve accomplished together. I’m going to keep fighting for an America where everyone counts—I hope you’ll join me in that fight."

Castro, the former mayor of San Antonio and Secretary of Housing and Urban Development under former President Barack Obama, is the 14th contender to officially drop out of the race. While Castro, the only Latino in the field, wasn't necessarily the most popular candidate in the running, he undoubtedly stood out for his progressive policies and impressive political résumé.

Much like many of the other 2020 hopefuls, Castro got his start in politics fairly early. Castro worked as a member of the San Antonio City Council from the 7th district from July 2001 to July 2005. His time serving in the city council led him to get elected as the Mayor of San Antonio from June 2009 to July 2014. From there, he served under former President Barack Obama as the 16th United States Secretary of Housing and Urban Development from July 2014 to January 2017. He joined the University of Texas' school of public affairs staff after Obama left office.

Celebrity Net Worth estimates the politician is worth around $700,000.

However, according to his federal personal financial disclosures from January 2017, Castro and his wife had a combined worth of no more than $500,000. Castro's current assets include more than $100,000 in cash accounts and stock from mutual funds. He also owns property in San Antonio and has a $40,000-per-year university pension is worth about $110,000.