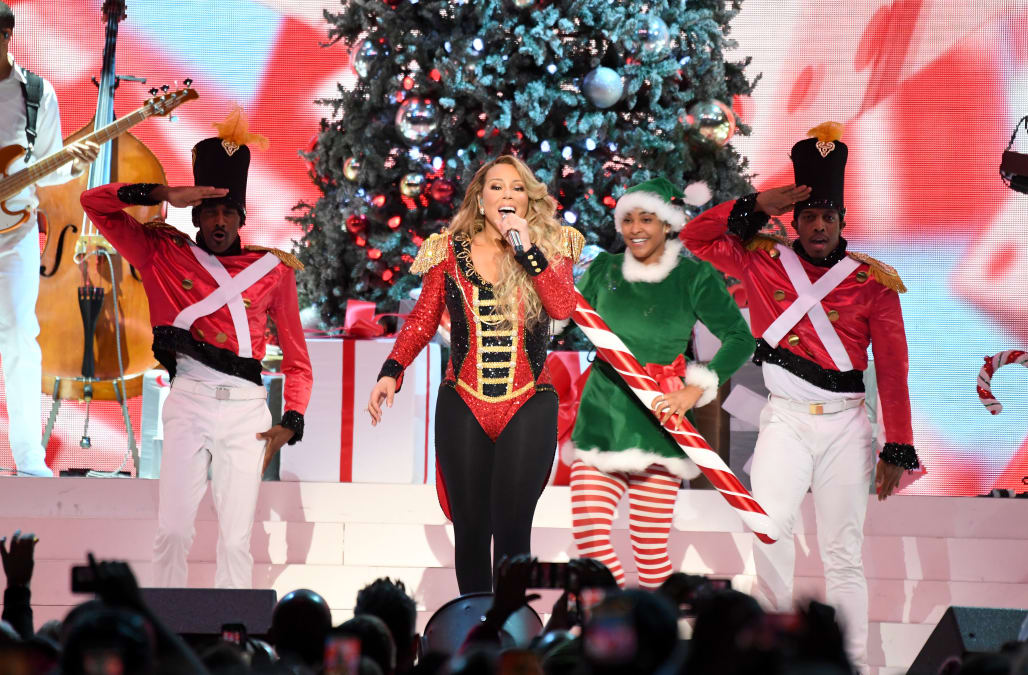 It's hard to imagine a world where Mariah Carey's hit of the century, "All I Want For Christmas Is You", isn't blasting in stores, on streets or at parties during the holiday season.

The song turned 25 this year, marking the first time it's ever hit the Billboard Hot 100.

The song has become a cultural phenomenon over the past two and a half decades, with its influence seemingly only getting bigger and bigger.

Something else that's growing alongside the song's success? Carey's royalties from the hit bop!

On Spotify alone, the song has been streamed over 602 million times alongside an additional 605 million YouTube views since 2009, per CNN.

Though Spotify has not officially commented on specific figures, U.K.-based analytics site Broadband Deals estimated that the song has already made Carey a cool $2 million in royalties on the streaming platform.

The report also estimates that the song could make Carey another $600,000 by the end of this month on Spotify.

A 2017 report by The Economist claims that the song had earned Carey over $60 million in its then 23 years, between streaming platforms and other royalty payments like radio plays, commercials, movie scenes (who could forget that iconic 'Love Actually' scene where the song is performed by a a young Olivia Olson!)

Amazon also made a mini documentary this year about the song which the songstress gleefully posted about on Instagram:

It's out! Watch my @amazonmusic mini-doc to get the full story behind All I Want For Christmas is You 🎄🎄 Swipe-up in my story for the full video! #AllIWantForChristmasIsYou⛄️

Carey told followers that they can "get the full story behind 'All I Want For Christmas is You'" in the new flick.

She will also be releasing an updated music video in honor of the song's 25th birthday, set to be released at midnight on December 20.