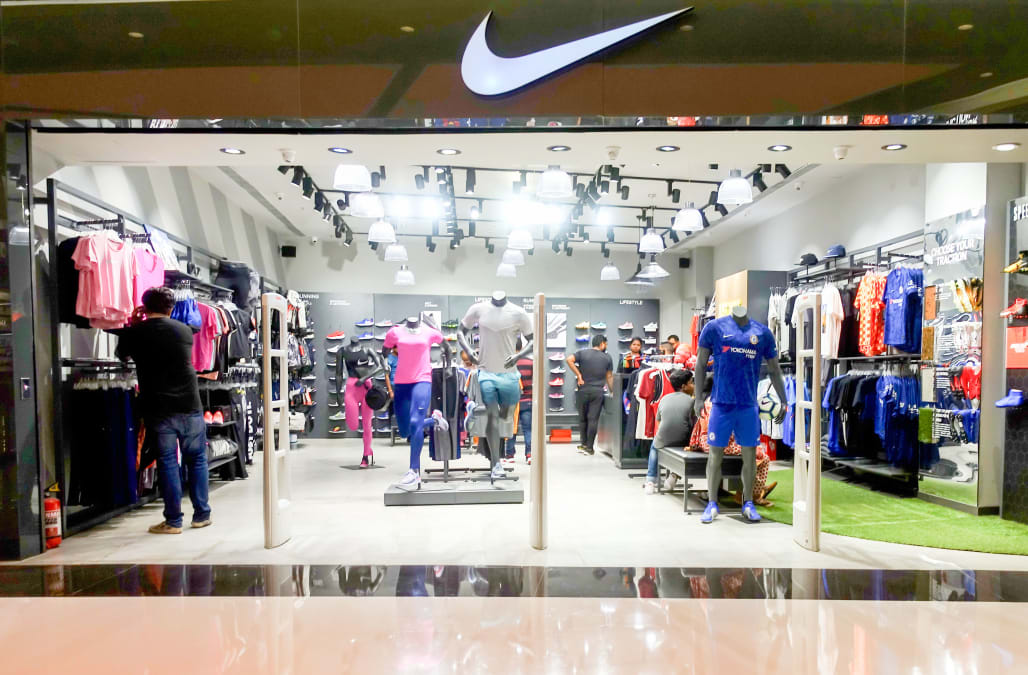 Nike's controversy over a plus-size mannequin is highlighting how inclusivity can pay off.

Since Nike debuted its new plus-size mannequin at its flagship store in London, searches of "Nike" and "plus size" on British fashion retailer Love the Sales have grown by 387%, according to the company. Clicks on the Nike One Luxe Tights, which are featured in the photo of the mannequin that went viral, have increased by 200% since the start of this week.

"Newsworthy topics like the one we're seeing with Nike usually cause huge spikes in search for the brand," Love the Sales representative Liam Solomon told Business Insider in an email. "Search for competing brands like Adidas and Under Armour drop consequently, and this usually leads to sales growth for the brand in question."

Read more: People are defending Nike after a journalist slammed the sportswear brand for an 'immense, gargantuan' plus-size mannequin

Many women struggle to find fitness gear larger than a size 12, and retailers rarely highlight plus-size women in marketing.

"There aren't too many sportswear brands pushing plus-size clothing, so Nike is really taking advantage of this and the increased awareness around the subject of plus-size clothing will only bode well for them in terms of sales," Solomon added. Nike launched its plus-size collection in 2017. The next year, the company added Nike Plus mannequins in select stores in North America, to "showcase inclusivity and inspire the female consumer," according to Nike representative Sandra Carreon-John.

Original reactions to the plus-size mannequins' debut at Nike's London flagship were primarily positive, as people celebrated the choice as empowering and a step in the right direction.

However, journalist Tanya Gold spoke out against the mannequins in an article in The Telegraph, arguing that they encouraged fat acceptance — a movement that she believes to be dangerous, as she says it encourages people to deny health risks related to obesity.

"The new Nike mannequin is not size 12, which is healthy, or even 16 — a hefty weight, yes, but not one to kill a woman. She is immense, gargantuan, vast. She heaves with fat," Gold wrote.

Gold's piece sparked extensive criticism online, as people took issue with her argument that it was impossible to be plus size and healthy. Others noted that it was illogical for Gold to call for people to lose weight while also criticizing a sportswear brand for advertising to plus-size people — presumably so they could work out in the outfit.

NOW WATCH: How Supreme went from a small skateboarding store in New York to an $1 billion streetwear company with a cult-like following among teens

More from Business Insider:
These are the 10 most valuable brands in the world
People are defending Nike after a journalist slammed the sportswear brand for an 'immense, gargantuan' plus-size mannequin
How the Beyond Burger and Impossible Burger actually compare to traditional burgers — and each other