These are the 30 best small towns to retire in America 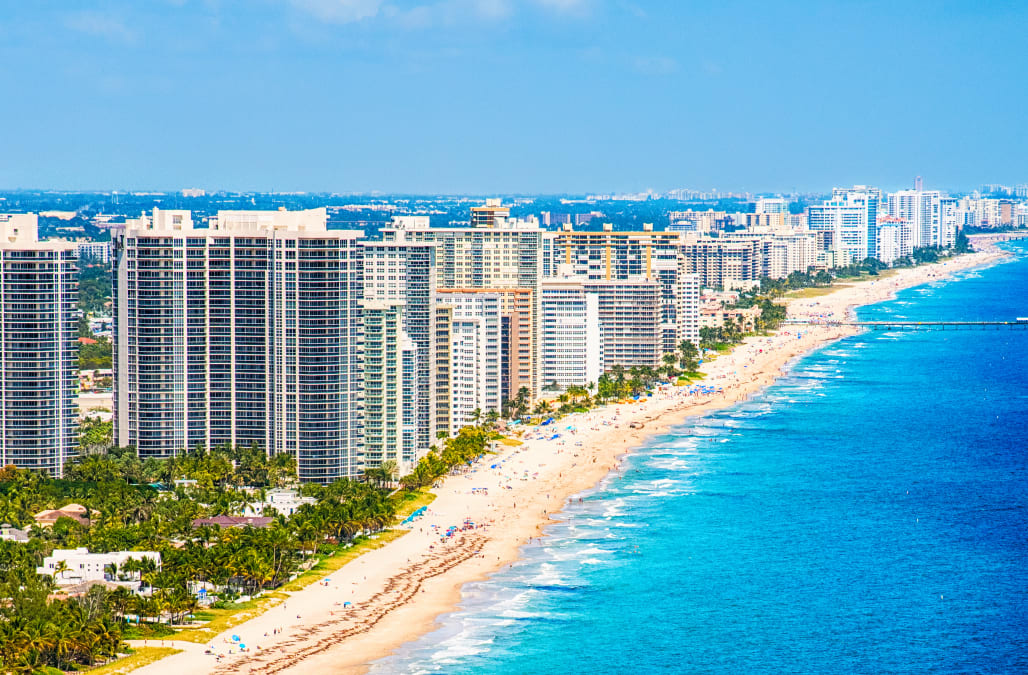 This article originally appeared on GOBankingRates.com: These Are the 30 Best Small Towns to Retire in America

It’s never too early to think about retiring. And part of getting your ducks in a row when you’re ready to leave the workforce is deciding on where you want to live in retirement. With so many small towns offering attractive benefits for retirees, it’s tough to narrow down the choices.

Enter GOBankingRates, which has trimmed the list to a manageable 30 small towns that are the best places to retire.  To determine this list, we estimated the annual retirement income needed to afford housing, health costs, food, transportation and other living expenses in 60 cities outside the 150 largest U.S. cities. We also made sure each city had a relatively higher percentage of seniors and a lower crime rate.

Whether you prefer a location for its affordable housing or for its weather, you’ll most likely find a great place to retire on this list of small towns.

Odessa, Texas, made it onto the list as one of the best places to retire because of its affordability and livability score. Not only will you spend approximately only $3,357 on groceries per year, but your annual housing expenditure would also be only $13,334. If you love cowboy culture and high school football, this is your dream town.

Retiring in Kissimmee, Florida, could be magical for you, thanks to its proximity to Disney World Resort. If you’re not a huge Disney fan, though, you’ll certainly enjoy the affordable aspects of the city, such as a $3,700 per year expenditure for groceries and $6,421 for healthcare.

Rancho Cucamonga is one of the best Los Angeles suburbs to retire in, thanks to its mild weather and extremely affordable annual healthcare expenditure of $5,494.64. Located just south of the foothills of the San Gabriel Mountains and Angeles National Forest in San Bernardino County, California, this small ‘burb also offers low annual groceries and utility expenditures, at $3,815 and $3,750.60, respectively.

If you enjoy coastal living, Newport News could be one of the best small towns to retire in for you. Groceries and utilities will run you around $3,500 per year each and your annual housing expenditure will cost you only around $15,501.

If you will be living only on your Social Security when you retire, the annual housing expenditure of around $12,800 and low grocery and utility expenditures of about $3,500 each make Roanoke, Virginia, an attractive place to live. Bonus: You’ll also get to enjoy the beautiful Blue Ridge Mountains.

If you’re on a retirement budget, consider moving to Sioux Falls. You can live on a modest $16,000 annual housing amount and you’ll spend only around $3,500 a year each on groceries and utilities. For that price, you’ll surround yourself in parks and greenways and an awesome downtown area with a Midwest feel.

Another one of the best small towns in America, Elk Grove is safe and affordable. Located near Sacramento, Elk Grove’s housing outlay will run you approximately $38,000, but you’ll get a lot of bang for your buck, from mild winters to plenty of golf courses to more than 700 acres of parks.

Move to Grand Prairie, Texas, and you can enjoy an annual housing expenditure of around $16,800 dollars. Add to that a grocery expenditure of about $3,500 a year and utilities outlay of around $3,600 and you’ve got a pretty affordable place to retire.

Home to the University of Michigan, Ann Arbor is among the best places to retire in the U.S. Although it might take some getting used to the winters there, you’ll feel pretty warm when you have to spend a little less than $3,500 a year on groceries, and you can attend four world-class arts and crafts fairs throughout the year.

If you love the beach but don’t think you can afford to live there, consider retiring in Boynton Beach. You’ll spend only around $3,900 per year on groceries, $3,500 on utilities and $6,400 on healthcare. Those are pretty good admission prices for living the beach life.

Located about 14 miles southeast of Houston, Pasadena, Texas, is another one of the best places to retire in the U.S. The city was named after Pasadena, California, for its lush vegetation that is similar to its “sister city.” Filled with museums and several major-league professional sports teams, the city offers plenty to see and do — and for an annual housing expense of about $12,500, it’s a real bargain.

For an annual outlay of approximately $7,700, you, too, can retire in Brownsville, Texas. Your grocery expenditure per year will run you only about $3,400 and your utilities a mere $3,250.52.

Known for its historic charm, Charleston is also an affordable place to retire. You’ll spend about $3,500 per year on groceries and approximately $3,600 on utilities.

Spend your golden years in Tyler, Texas, and you’ll be among many other retirees, considering its percentage of seniors is 15.20. You’ll also spend a low $3,400 per year on groceries and $3,300 on utilities.

There’s much to see in Fairfax: Arlington National Cemetery and its many beautiful parks and gardens. Just about 20 miles outside of Washington, D.C., Fairfax will cost you a bit more than some of the other places listed but come on, you’ll be 20 miles from D.C.

If you like warm weather, consider retiring in Hollywood, Florida, where you’ll spend just $16,001.28 in annual housing expenditures. You’ll also be near a beautiful stretch of beach and be right between Miami and Ft. Lauderdale.

Retire in Round Rock, Texas, and you’ll enjoy spending only around $23,500 a year for your housing costs. Add to that around $3,400 for groceries and $3,600 for utilities and you’ve got a pretty affordable city in which to live.

Don’t Miss: 15 US Cities You Should Really Consider for Retirement

Spring, Texas, is about 20 miles north of downtown Houston, and you can retire there with an annual housing expenditure of about $16,500 per year. You’ll spend about $3,500 on groceries annually and approximately the same on utilities.

Another Texas city that’s one of the best places to retire, Midland will run you about $19,000 for annual housing costs. Groceries will cost you about $3,400 and utilities will be around $3,500.

Naperville has a pretty high percentage of seniors living there, probably because it’s affordable — and only 28 miles outside of Chicago. With a low crime rate and annual groceries expenditure of around $3,600, it’s definitely a place that should be on your radar.

If you’re an outdoors fan, Conroe could be the perfect place for you to retire, with its lake and abundance of pine and hardwood forests. And, you’re just an hour’s drive from Houston if you’re craving a bigger city experience. Expect to pay about $3,500 per year for groceries here and around the same for utilities.

Sugar Land, Texas, has a lot of seniors living there, so they must all know something. One thing you already know from the figures: It’s definitely affordable — annual grocery bills come to about $3,500 and utilities typically add up to approximately the same.

You’ll need around $23,800 per year for housing costs if you want to retire in Peoria and around $3,700 each for annual grocery and utility costs. You’ll be about 30 minutes northwest of downtown Phoenix, and you’ll enjoy warm weather all year long.

McKinney, Texas, is about 32 miles north of Dallas. It has a historic downtown, parks and bike trails, a performing arts center and the Heard Natural Science Museum and Wildlife Sanctuary. Retire here and you’ll spend about $3,500 per year on groceries and $3,600 on utilities.

Here’s another great place to retire if you love warm weather. With lots of seniors to keep you company, you won’t be lacking friends, and you’ll spend only $26,335.44 per year on housing to enjoy everything it has to offer, including 28 lush parks.

Retire in Overland Park and your annual grocery and utilities bills will run you approximately $3,500 each annually. Rumor has it that this city rivals the South for the best barbecue, so if you’re a serious fan, factor that in when you’re making your decision.

Another city that attracts a large number of retirees, Murfreesboro will cost you about $20,670 in housing per year, a mere $3,400 for groceries annually and around $3,500 for your utilities each year. A 45-minute drive will put you in Nashville, so if country music is your thing, this might be the city for you.

You can find housing in Edmond for around $20,000 per year, and you’ll spend around $3,400 on groceries and $3,500 on utilities annually. You can enjoy Arcadia Lake, which is great for fishing or take advantage of one of the city’s more than 20 parks.

Retire in Cape Coral, Florida, and you’ll enjoy warm weather all year long. You’ll also pay about $20,000 per year for housing, $3,900 for groceries and $3,500 for utilities. Located on the Gulf of Mexico, you’ll be heaven if you’re a water fan: The city has more than 400 miles of canals and navigable waterways.

Find Out if a Small Town Right for You

Now that you no longer need to live near a job, it’s time to pick the perfect place to retire. Why not move if you can find more affordable housing and possibly lower your tax bill?

When you choose, consider how a city stacks up on good public transportation, nearby healthcare, weather you can tolerate, socializing opportunities and senior amenities. Many small towns offer a lot in all of these categories, plus they offer seniors a slower pace, fewer crowds, less crime and traffic and a close knit community. One could be just the ticket for your golden years.

More from GO Banking Rates:
Most Affordable Places to Retire Near the Beach
The Cost to Retire in America’s Warmest Cities
Best Cities to Retire on a Budget of $1,500 a Month

More from Go Banking Rates:
What retirees need to do in a bear market
How to retire before 40 without $1M
3 mistakes that could ruin your retirement nest egg