'Patriotic Millionaires' say they should pay more in taxes 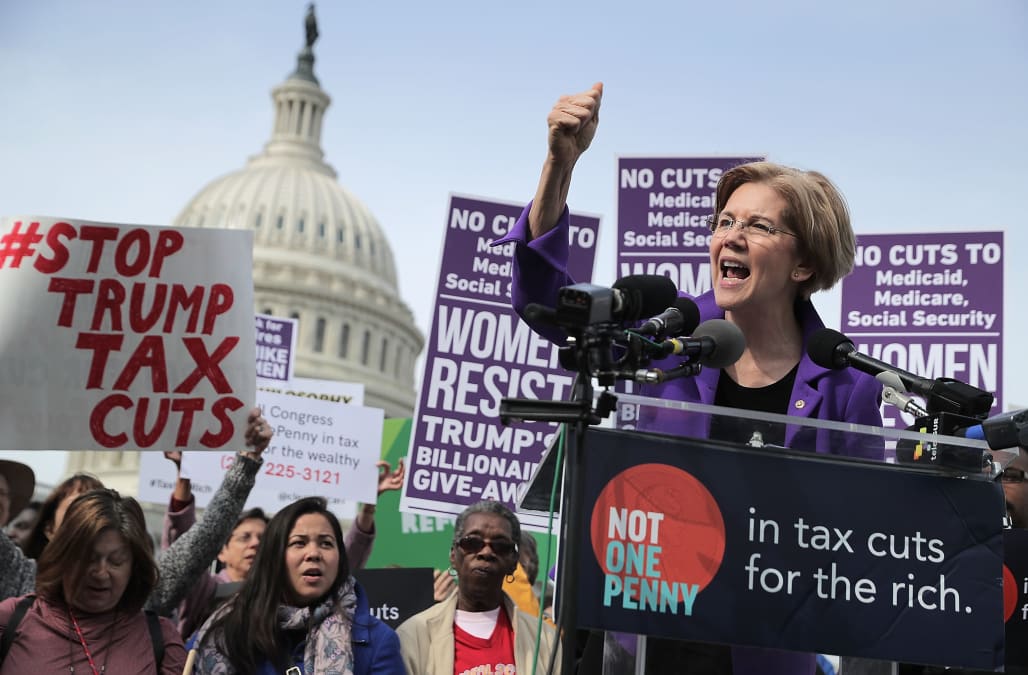 WASHINGTON — Karen Seal Stewart is rich. And she wants to pay more in taxes.

Yes, you read that right.

Stewart is one of the Patriotic Millionaires, a group of about 200 wealthy individuals — worth billions combined — who say they should be taxed more, and as soon as possible.

"It's a matter of equity, fairness and the fact that we have the money to pay the taxes and we're not being asked to pay them," Stewart, a former real estate executive, told NBC News. "My sense is we are really at a cusp. We better get our act together 'cause ... the lack of fairness and opportunity is growing."

"We see how the system is skewed in our favor, and how that's really hurting our country, and in the very long run, hurting us, too," Morris Pearl, Patriotic Millionaires chairman and a former BlackRock managing director, said last week at a gathering for the group in Washington, D.C.

RELATED: Take a look at the U.S. states that pay the most in income taxes:

For Pearl, it's about his kids and grandkids being able to "grow up in the same kind of country where I grew up, to have the opportunities I did. And ... (they) are not gonna have the same opportunities I had if we continue the direction we're going."

Asked about the best ways to fix the tax system, Pearl notes there are "a lot of possibilities out there."

Many of those ideas are being floated the Democratic campaign trail, where 2020 hopefuls are putting the wealth gap front and center.

For some, like Massachusetts Sen. Elizabeth Warren, taxing wealth — as opposed to income — is the answer, a proposal that sets her apart in a Democratic field that largely agrees on rolling back the tax cuts for corporations and top earners that were backed by President Donald Trump and congressional Republicans.

Others in the field, like former Texas Rep. Beto O'Rourke, support a wealth tax but have not released specific plans. And Vermont independent Sen. Bernie Sanders has proposed hiking the estate tax, something he estimates would hit the small fraction of Americans who inherit more than $3.5 million.

The idea of taxing the rich more isn't just popular among the Patriotic Millionaires.

In fact, 63 percent of voters think higher-income people pay too little in taxes, according to a Politico-Morning Consult online poll. And Warren's plan plays well across party lines — with 74 percent of Democrats backing her proposal, and half of Republicans, in that same poll.

The millionaires aren't backing any specific candidate — though they say Warren is right on taxing wealth. They just want action.

"Important things" like infrastructure and health care require money, Stewart said. "You need to get the money where it is. It's with the wealthy. ... Do not feel sorry for us. We will still be fine. And the country will be better off."

More from NBC News:
3 smart ways to spend your tax refund
Warren targets big business with $1 trillion tax
Majority of Americans say they expect their taxes to stay the same or go up