At 108-years-old, Anthony Mancinelli is the world's oldest barber 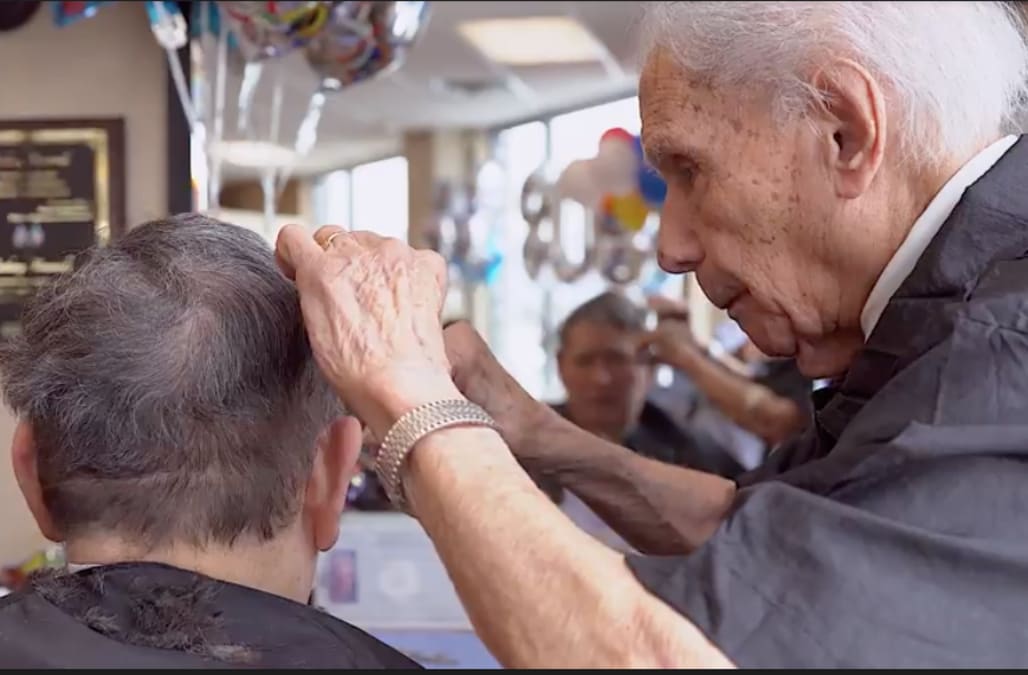 Anthony Mancinelli holds the world record for being the oldest practicing barber in the world! At just 108-years-old, Anthony says he has no plans of slowing down because it's his career that keeps him feeling young and alive.

"They all wonder when I'm going to retire. I say, 'When the good Lord calls me,'" Mancinelli joked.

Watch this episode of "Lifers" in the video above.