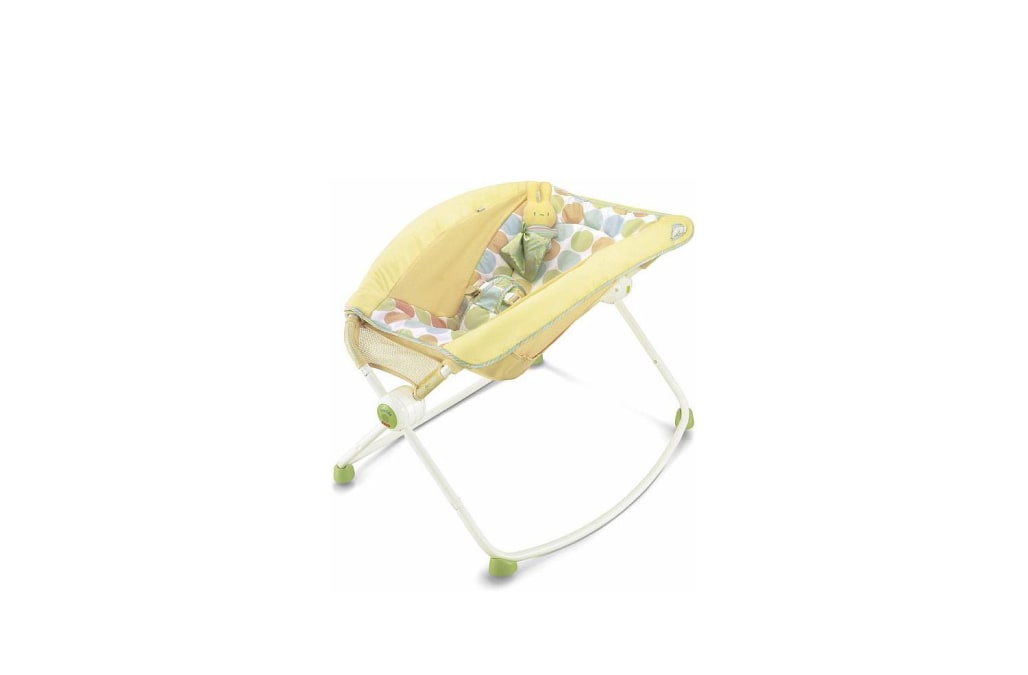 Following reports of infant deaths related to its Rock 'n Play sleeper, Fisher-Price, along with the United States Consumer Product Safety Commission (CPSC), issued an alert last week, urging parents and caregivers to stop using the product once newborns start to roll over.

"We continue to stand by the safety of the Rock 'n Play Sleeper, as it meets all applicable safety standards, including those of the standards organization, known as the ASTM International, and is certified by the Juvenile Products Manufacturing Association (JPMA)," Fisher-Price said in a statement.

Since 2015, 10 infants have died after rolling from their back to their stomach or side, according to the CPSC. In those cases, the babies — all of whom were three months or older — were unrestrained. Infants usually start rolling over between the end of their third month and their fifth month, Juan Carlos Millon, a pediatrician, told TODAY.

Because deaths continue to occur, the CPSC said it is recommending consumers stop using the product "by three months of age, or as soon as an infant exhibits rollover capabilities."

A separate investigation by Consumer Reports, however, revealed that the Rock 'n Play sleeper was tied to at least 32 infant deaths — a far cry from the number reported by both Fisher-Price and the CPSC.

When the baby toy and baby gear manufacturer was asked to comment, it reportedly admitted to the magazine that it knew of the 32 cases but claimed that a majority of them were caused by medical conditions. Still, Consumer Reports said that the company's product poses a serious hazard.

"While CR's review of the data shows that certain cases did have contributing factors such as illness or additional bedding, the number of incidents associated with the Rock 'n Play Sleeper, combined with long-standing expert medical advice that babies should sleep on firm, flat surfaces, raises serious safety concerns about the product," Consumer Reports' Rachel Rabkin Peachman wrote.

"If it turns out that [the sleeper] needs to be recalled, we will move forward with that," she said.

The product, which comes in different variations and ranges from $60 to $120, includes a harness that is meant to secure the infant to bedding as he or she is rocked. Still, experts told Consumer Reports that the product's design is faulty.

"To [fasten] a baby down to a surface and then rock the baby is not consistent with our recommendations," Lori Feldman-Winter, a member of the American Academy of Pediatrics, said.

Last year, the CPSC issued a similar alert advising caregivers to think twice about using inclined sleep products. It did not specifically name the Rock 'n Play in its warning.

"CPSC encourages consumers to practice safe sleep always, and be sure to follow manufacturers' instructions when using these sleep products," the agency's 2018 statement read.

More from Aol.com:
Motel 6 to pay $12 million to settle lawsuit after reporting guests to ICE
Uber banned a London driver after he canceled a ride for 2 men wearing skullcaps because 'I don't take Jews'
Beyoncé allegedly walked out of a meeting with Reebok because the company wasn't diverse enough