The 10 worst states for getting a job right now 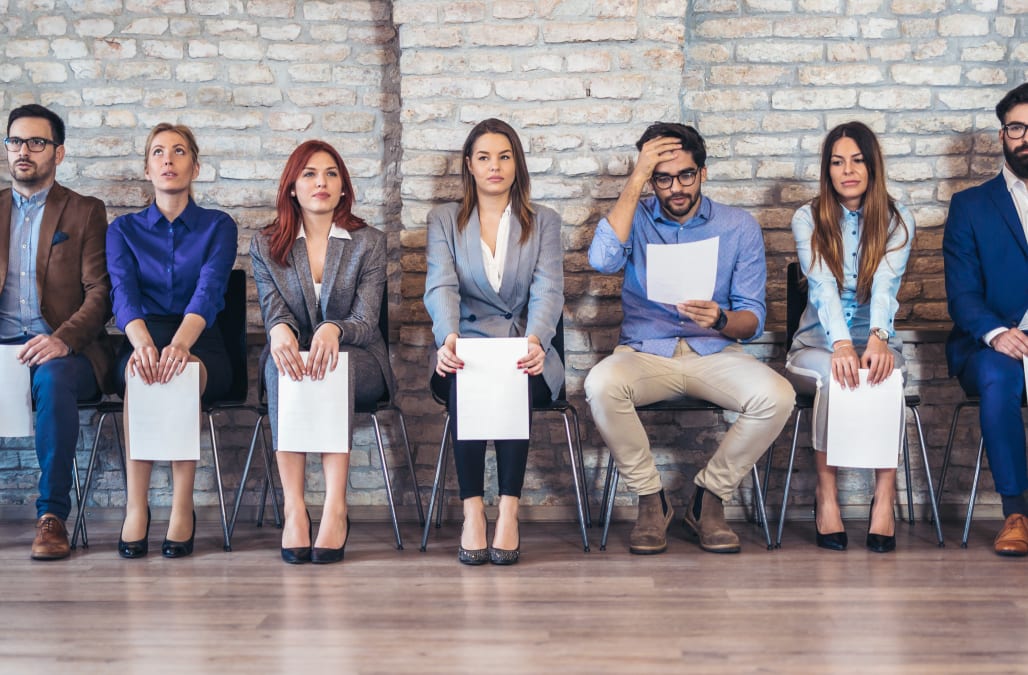 Is a terrible, horrible, no good, very bad job search getting you down? Here’s a thought: Maybe your problem has to do with where you live.

Career site Zippia recently analyzed and ranked the states based on their job markets. Using data from the U.S. Bureau of Labor Statistics and the U.S. Census Bureau’s American Community Survey, Zippia crunched state numbers from late 2018 for:

The good: If you’re looking for work, it might make sense to head directly to Iowa, the best place for job hunters, according to Zippia.

But what if the area where you live is making your search difficult?

Here are the worst states for a job search, from the 10th worst to the very worst.

The 10 worst states for getting a job right now

Connecticut’s job market has had a rough start in 2019. The state’s Department of Labor reported that January saw a loss of 2,500 jobs. In February, 400 jobs were lost.

It might seem surprising to see Connecticut on this list, since it’s often considered among the most affluent states with a disproportionate number of high-income residents. But the preference of corporations and millennials for big cities like New York over Connecticut’s bedroom communities and the state’s “chronic” budget problems have contributed to Connecticut’s economic woes, Governing Magazine says.

New Mexico has the beauty of desert landscapes and plenty of great art and culture. But the state’s median income is fairly low. The unemployment rate is near the national average, which is 3.8 percent.

When another study ranked the states by quality of life indicators like health care, education and opportunity, New Mexico came in at the bottom, in 46th place.

Anchorage might be one of the best places in the U.S. to retire, but that doesn’t mean Alaska’s largest city is the best place for job seekers right now.

Alaska has one of the highest unemployment rates in the country. Zippia’s ranking, showing 6 percent unemployment for Alaska, draws on data from late 2018. The state’s more recent figure is 7.5 percent, which could mean that there aren’t enough jobs to go around.

Even though coal jobs have increased in West Virginia and jobs are growing in the manufacturing, trade and construction industries, there’s no job growth in finance, education and business. This “lack of career diversity” is one of the reasons behind a shrinking population as working-age people leave the state, says U.S. News & World Report.

The state is pinning its hopes on programs to train students for jobs in the technology sector. Still, with unemployment currently high and median income the third worst in this study, unless you can work in the coal industry, West Virginia may not be the answer to your job search right now.

A perk of living in Wyoming is that it is one of seven states with no income tax. Additionally, Wyoming has one of the lowest property tax burdens in the country.

But how all this tax relief may not help if you can’t get a job, and Wyoming is one of the worst states for a work search right now.

Alabama has a low cost of living, and Huntsville is home to U.S. Space Camp. And yet, Alabama is not all sunshine and rainbows these days.

This state is bad for job searching. And Alabama is one of the worst states for women. The state is rated the lowest in the nation for women’s economic and social well-being. The rate of young women graduating high school is low, making it hard for them to develop skills they’ll need to land a good job.

Mississippi’s unemployment is near the historic low and the number of jobs in the state is “near an historic high,” according to the state. Even so, Zippia’s analysis of other factors puts the state near the bottom for job seekers.

In a sign of the difficulty, perhaps, the state’s population is falling.Mississippi’s labor force — the number of people who have jobs or are looking — is dropping, too, the state report says.

Kentucky BBQ is definitely delicious, and who doesn’t enjoy it with a little bourbon? But with food this good, you’ll need a job to be able to buy it. The prospects for job seekers here aren’t great, Zippia’s analysis says.

And, in what may be a sign of more difficulty to come, Kentucky is one of the states likely to be hit hardest by the current trade and tariff war between the U.S. and China. China is the state’s fourth-largest export market, accounting for around 15,300 jobs.

One thing that makes Arizona tough on job seekers is that rents are high compared with wages, says Zippia. Combined with other factors, this makes Arizona the second-worst state for finding a job right now.

The state also ranks low for economic security in a recent survey by the nonprofit Institute for Women’s Policy Research, which says a family needs to earn about $78,000 to be economically secure here. That’s a lot more than the state’s median income of $53,510.

Yes, the food and music are great when you visit New Orleans. But Louisiana is the worst state for a job hunt. Zippia’s survey puts the Pelican State at dead last when it comes to finding work.

Louisiana also features most prominently in “10 Counties Where Poverty Worsened Despite a Stronger U.S. Economy”: In Caddo Parish, home to Shreveport, the state’s third-largest city, the poverty rate grew by 10.3 percentage points from 2009 to 2017, when a little over 1 in 4 residents were living in poverty.

More from MoneyTalksNews:
The 10 Worst States for Getting a Job Right Now
4 Secrets of People Who Save More Than 20% of Their Income
The 2 Best Days to List Your Home for Sale in 2019