Mountain Dew partners with Migos, Joel Embiid and others to release 'Game of Thrones' inspired can 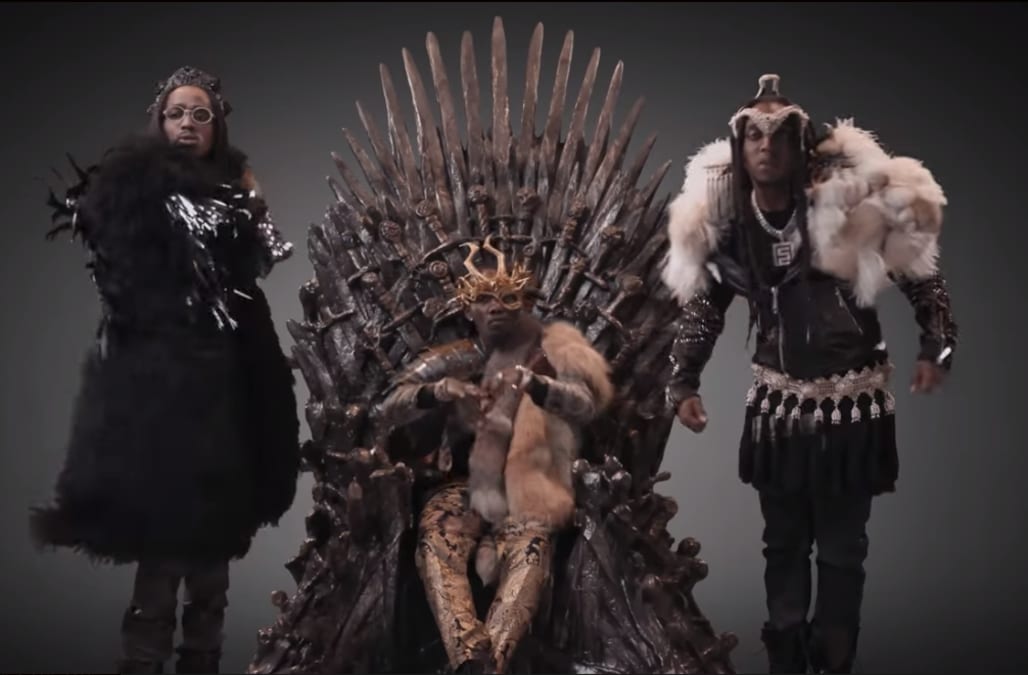 From costume parties to major festivals, there's no denying HBO's hit series 'Game of Thrones' has had a significant cultural impact since its inception. And ahead of the final season's premiere on April 14, many brands are wishing the show goodbye with fun campaigns -- but Mountain Dew is making the ultimate sacrifice.

The soda company announced it's removing its iconic neon green 'face' and replacing it with a stark white, brandless can for its limited-run A Can Has No Name campaign. Inspired by one of fan's favorite characters, Arya Stark, the faceless can reveals her kill list when chilled.

For fans in New York and Los Angeles, the limited-edition cans will also be available by finding the 'Masters of Coin,' uttering the ancient password and receiving a coin. Once given a coin, participants will then follow the clues to a special Iron Vending Machine that dispenses the faceless cans.

You can also view a star-studded reimagining of the Title song from the show's opening credits below:

More from Aol.com:
Patagonia takes a stand against companies not working to better the environment
FDA tells CBD companies: Stop making ‘unfounded’ claims about CBD products
Facebook is asking some new users for their email passwords and appears to be harvesting their contacts without consent