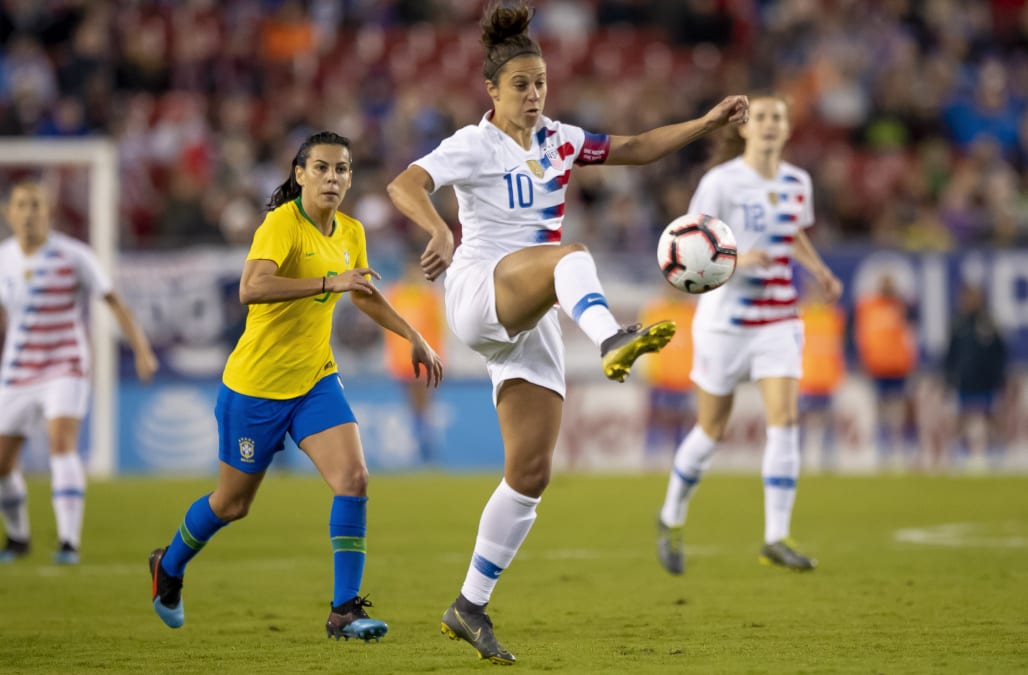 LUNA Bar announced Tuesday it will pay each member of this summer’s USWNT a $31,250 bonus for making the roster, which is expected to be announced in the next couple weeks.

One of the key components of the USWNT’s current lawsuit against U.S. Soccer is the pay gap between the men’s team and the women, who have been much more successful on the field. LUNA Bar said in a press release that the money will comprise “the difference between the women’s and men’s World Cup roster bonus.”

And the players are appreciative.

“We were blown away, because often the lens of equal pay isn’t a fun or celebratory one,” said USWNT striker Christen Press. “It’s a fight. It’s tiring. But then in this moment, where you have a brand that says, ‘Hey, we believe in you as a soccer team and as women and deserving equal pay to men’ ... it was amazing.”

Press identified the 2015 Women’s World Cup victory as a big moment when the players realized their own power, while fellow stars Alex Morgan and Megan Rapinoe noted their discrimination claim filed with the Equal Employment Opportunity Commission in 2016 and said the lawsuit is a continuation of that.

“It’s been a long journey,” Morgan said. “We wish that it wasn’t that we we were in this position at all to file this lawsuit.”

First observed in the United States in 1996, Equal Pay Day is designed to fall on the date that symbolizes how far into a given year women must work to equal what men earned in the previous year.

“It’s ironic that one of the most popular sports in the world is still experiencing pay inequalities between women and men,” said Kit Crawford, owner and CEO of LUNAR Bar parent company Clif Bar. “We are big fans of the U.S. Women’s National Team and were inspired to take action and make a difference that matters.”

Joey Gulino is the editor of Yahoo Soccer and moonlights as a writer. Follow him on Twitter at @JGulinoYahoo.