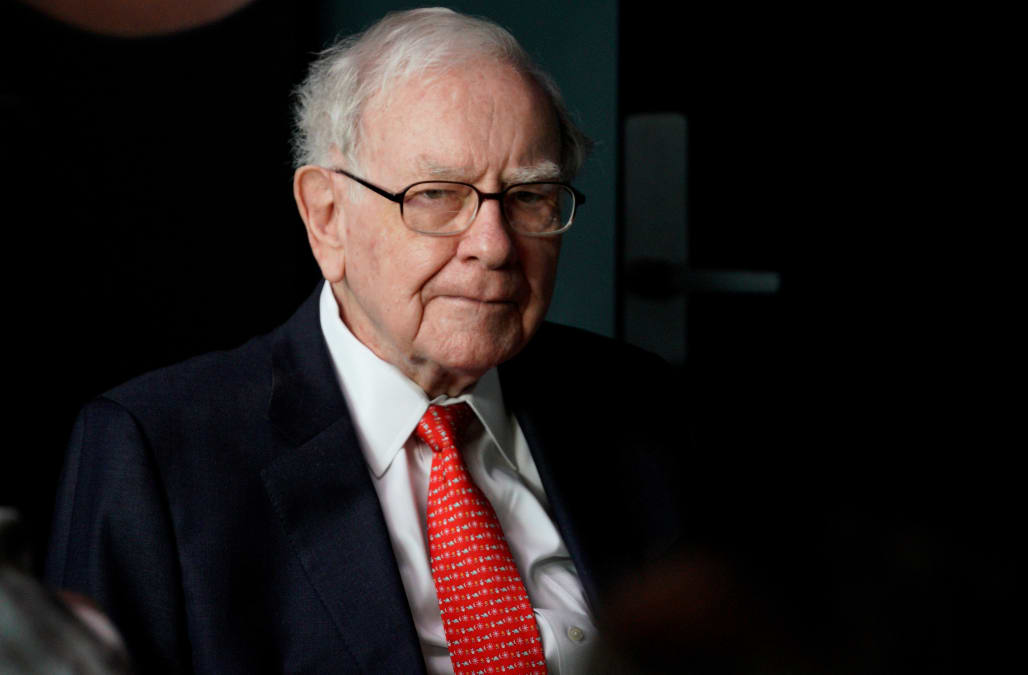 Famed investor Warren Buffett, the CEO of Berkshire Hathaway (BRK-A, BRK-B), doesn’t concern himself with the intermediate-term ups and downs of Apple’s (AAPL) stock and the news driving those price swings.

“[If] you have to closely follow a company, you shouldn't own it,” Buffett told Yahoo Finance’s editor-in-chief Andy Serwer in a wide-ranging interview.

He compared holding Apple’s stock to owning a farm.

“[I've] got one farm, that I bought in the 1980s, and my son runs it. But I've been there once. It doesn't grow faster if I go and stare at it. I can't cheer for it, you know? More effort, more effort, or something like that. And I know there's going to be some years when prices are going to be good, and some when the prices aren't going to be good,” Buffett said.

With farm ownership comes years that have higher yields than others.

“I don't care about economic predictions or anything of the sort. I do care that, over the years, it's well tended to, in terms of rotating crops. And I hope yields get better, which they generally have. In fact, that farm 100 years ago would have probably produced 30 bushels, maybe 35 bushels of corn per acre. Now, on a good year, it'd be 200.”

At the end of 2018, Berkshire Hathaway held 249.58 million shares of Apple, a position valued at $39.37 billion at the time. It’s worth noting that during the fourth quarter Berkshire trimmed its Apple stake by about 2.89 million shares, or about 1%. However, Apple remains Berkshire’s No. 1 largest stock holding.

Earlier this year, there was a lot of attention focused on the drop in Apple’s stock price and the impact on Berkshire Hathaway’s stock portfolio after CEO Tim Cook said in January the company lowered its revenue guidance for the first fiscal quarter of 2019, citing weakness in China and lower-than-expected iPhone sales.

At the time, it was estimated that Apple’s stock price drop had wiped out around $19 billion in market value for Berkshire’s stock portfolio.

Shares of Apple have pared much of those losses, though the stock is still off its all-time highs.

Assuming Berkshire’s position has remained unchanged, it’s now worth $47.68 billion based on Friday's closing price of $191.05. At the end of the third quarter, the position had been valued at over $56.99 billion.

For Buffett, Apple is a long-term investment.

“[If] you own the best auto dealership in town, the best brand and had somebody good running it, wouldn't drop by every day and say, how many people have come in today? Or, I think interest rates are going up a little, maybe it'll slow down our sales,” Buffett told Serwer. “No. You buy it knowing there's 365 days a year, and you're going to own it for 20 years. So that's 7,300 days. And things you're going to be different from day to day and year to year. You shouldn't buy it, [if] the day-to-day stuff is important.”

The 88-year-old has historically shied away from tech investments. The “Oracle of Omaha” has hinted, however, that his investment deputies — Ted Weschler and Todd Combs— were responsible for buying Apple.

Berkshire first invested in Apple during the first quarter of 2016 and continued to add to its position in subsequent quarters. Much of that buying was when Apple’s stock traded the lower $100s.