Nearly 20,000 people have signed a petition asking Gillette to pull its name off of Patriots' stadium following charges against team owner Robert Kraft 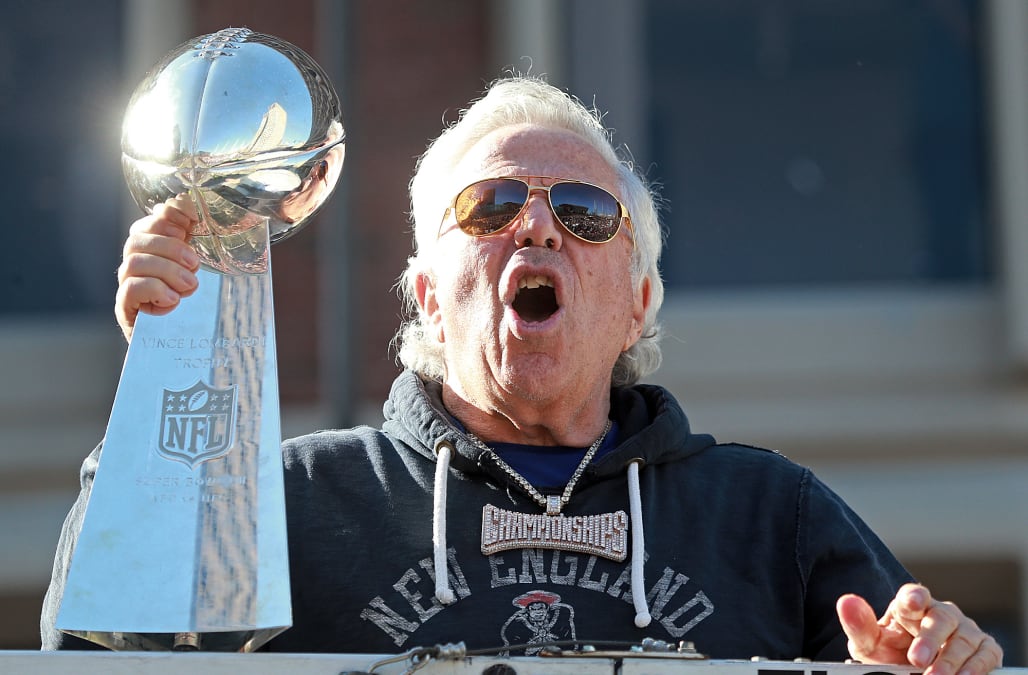 Thousands of people are calling on Proctor and Gamble to pull the Gillette name from the New England Patriots' home stadium following prostitution charges brought against team owner Robert Kraft.

As of Sunday afternoon, a petition had nearly 20,000 names signed on in favor of Gillette pulling its sponsorship from the stadium in response to Kraft's arrest last month in connection to a sex trafficking bust.

A statement on the petition's web page references an ad released by the company in January, which asked men to examine their behavior towards each other and women.

"More than just a tagline, the statement represents the brand's commitment to promoting healthy representations of what masculinity means," the petition's statement said of the ad. "It's nice to see a brand use their influence for good, but now it's time to see if they will actually back up their words with action."

As the stadium's ownership stands now, P&G has committed to Gillette name rights through the 2031 football season.

Kraft was arrested in late February after police conducted an operation around a chain of spas that included Orchids of Asia Day Spa in Jupiter, Florida. At least 45 suspects were arrested and 171 arrest warrants were issued in the bust, according to police. Police say that men arrested in the bust were videotaped paying for sexual services at the spas.

Last month, a spokesperson for Kraft denied that he "engaged in any illegal activity" and Kraft reportedly rejected a plea deal in March that stipulated he admit his guilt, do 100 hours of community service, and pay $5,000 for each charge.

In a statement released weeks after his arrest, Kraft apologized to his friends and family and insisted the charges weren't reflective of his character.

"Throughout my life, I have always tried to do the right thing," the statement said. "The last thing I would ever want to do is disrespect another human being. I have extraordinary respect for women."