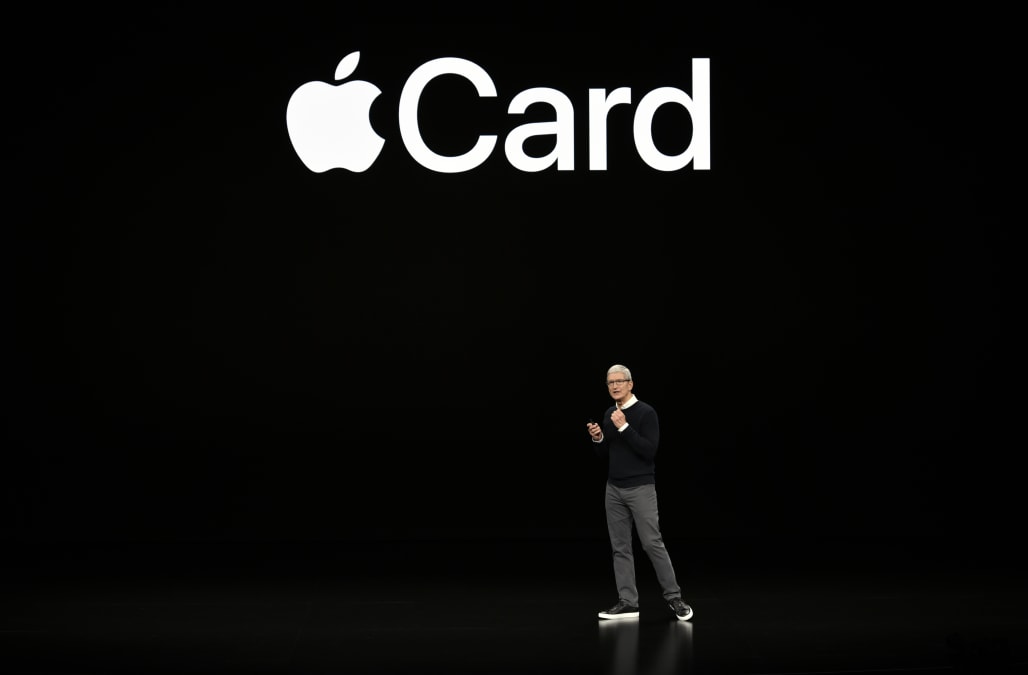 NEW YORK, March 25 (Reuters) - Apple Inc on Monday launched a credit card with Goldman Sachs Group Inc that will be synched with iPhone users' Apple Wallet and can be used to buy Apple products at a discount.

Speaking at an event at the iPhone maker's headquarters in Cupertino, California, Vice President for Apple Pay Jennifer Bailey said the credit card will work through Apple's wallet app, and that card holders can earn 2 percent cash back on all purchases and 3 percent on Apple products.

The card will also work with new Apple Wallet features to help consumers track their spending and monthly purchasing trends.

Issued by Mastercard Inc through Goldman Sachs, there will also be a physical card that earns 1 percent cash back on all purchases.

This is first credit card to be offered by Goldman Sachs, which is best known as a Wall Street investment bank.

Goldman has been seeking to expand its consumer-focused products, and offers personal loans and savings accounts through its online bank Marcus. Marcus has grown quickly since its 2016 launch, and now has $36 billion in deposits in the United States and U.K. and $5 billion in consumer loans. (Reporting By Elizabeth Dilts and Anna Irrera; Editing by Meredith Mazzilli)

More from Aol.com:
Nearly 20,000 people have signed a petition asking Gillette to pull its name off of Patriots' stadium following charges against team owner Robert Kraft
Tommy Hilfiger shutters global flagship on Fifth Avenue
Pilots who fly for Amazon are underpaid and overworked, and it may doom the e-commerce behemoth's aspirations to edge out FedEx and UPS