The US posted a $234 billion budget deficit last month, the biggest one-month deficit in history 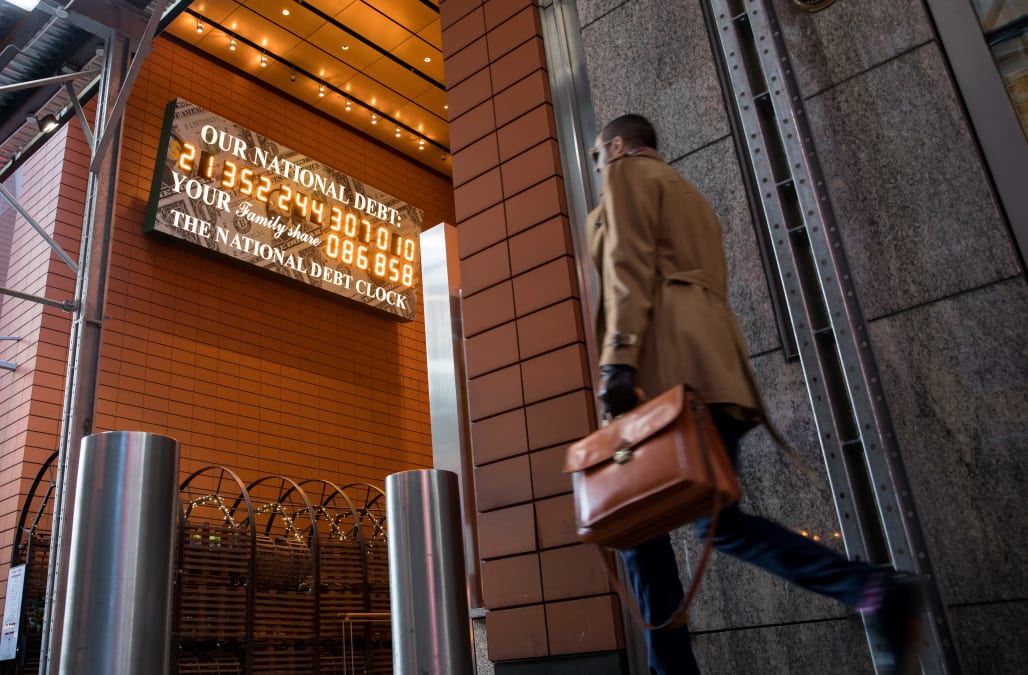 The US posted a record budget deficit in the month of February, according to a new report form the Treasury Department.

The budget deficit for February came in at $234 billion, according to the Treasury, higher than the previous monthly record of $231.7 billion set in 2012. The deficit was also 8.7% higher than the $215.2 billion deficit posted in February 2018.

The budget deficit measures the shortfall of government revenues compared to what the government spends. Recent legislative changes have driven the deficit up to its highest levels since the financial crisis.

RELATED: Take a look at some useful money habits to build wealth:

1. Put your money on autopilot

Automate your finances to avoid missed payments and save more money without thinking about it.

2. Remember your future self

Contribute as much as possible to retirement or at least enough to get your full employer match. Increase your contributions each year and invest spare chance with an app like Acorns.

Put surprise cash, like your tax refund, bonus or birthday money, into your savings or investment accounts.

Use an app like Mint to see where your money is going and help you stick to your budget.

Hanging out with high achievers can help you adopt their money habits.

Read more:Trump once promised to eliminate the national debt in 8 years — but his new budget shows the president is going in the opposite direction»

The growing deficit has been fueled by two big factors. First, President Donald Trump's and the GOP's tax reform law — named the Tax Cuts and Jobs Act (TCJA) — has caused revenues to slide. According to the Treasury, revenue for the first five months of fiscal year 2019 is down a little less than 1% compared to the same period the year before.

Second, spending is soaring due to the bipartisan budget compromise from early 2018 and long-term programs. Spending for the start of fiscal year 2019 is up 9% compared to the same time period last fiscal year.

The news comes as concerns about the debt have piled up in recent months. The budget deficit for the full 2018 fiscal year hit $779 billion, the highest since 2012. The US also issued just over $1.3 trillion in new debt during the 2018 calendar year, the most for any calendar year since 2010.

SEE ALSO: Trump got exactly what he wanted from the Fed, but for reasons he is going to hate

More from Business Insider:
The market has completely flipped its expectations for the Fed
US stocks set to get battered again as abandoned Trump-Xi meeting reignites trade-war uncertainty
Stocks hold gains as Trump announces a temporary end to the government shutdown