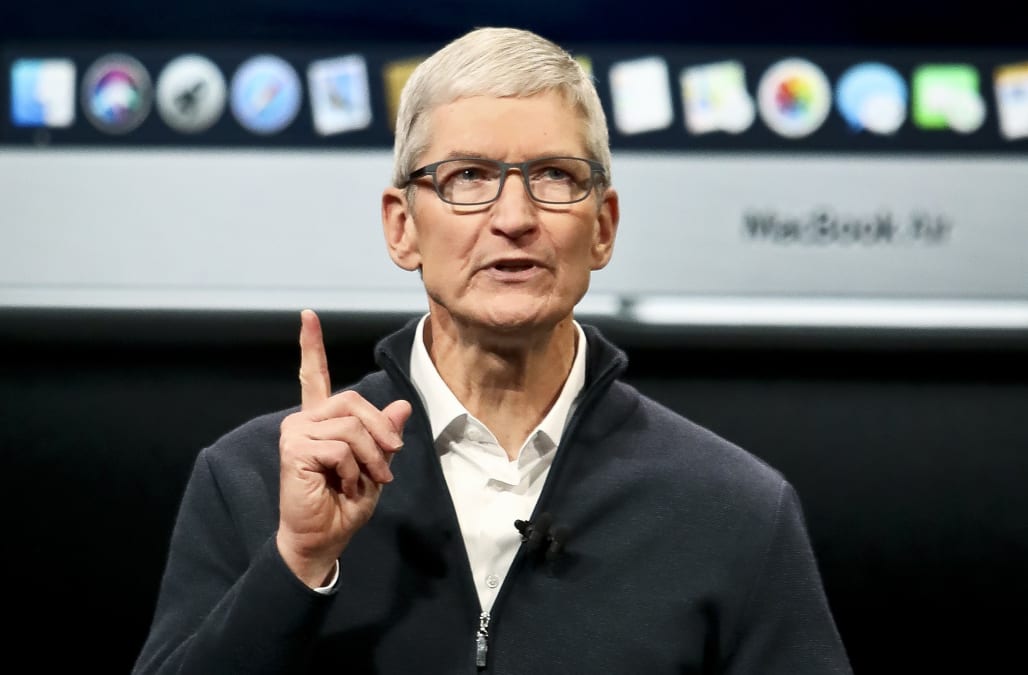 Apple made headlines recently when it sent out media invites to a March 25 event, where it's widely expected to unveil its long-rumored video service and a news-subscription platform.

An expansion of digital services is critical as Apple looks to boost revenue in other business areas to counteract slowing iPhone sales. The company said in its earnings report from January that iPhone sales had plummeted by 15% during the holiday quarter, and only about 16% of iPhones in use are expected to be upgraded to new models this year, according to a note from the Bernstein analyst Toni Sacconaghi published last month.

So as we gear up for Apple's next big event, here's a look at everything we're expecting the company to announce.

What to expect at the next Apple event

The new streaming-video service Apple will reportedly announce is expected to steal the show on March 25. The event invite even teases this with a tagline saying "It's show time."

The service is expected to provide access to shows operated by Apple and programs from other popular media companies. Apple is in talks with CBS, Showtime, HBO, and Starz, among others, but Netflix has confirmed that it will not participate. Hulu hasn't signed on for Apple's service either, according to Bloomberg. It's expected to be similar to Netflix and Amazon Prime's video service in the way that it operates, and it would eliminate the need to download separate apps for each network.

The new video platform would be integrated into iPhones, iPads, and Apple TVs, the report says, and is likely to include mostly partner content at launch, since Apple's programs are still under development. Apple is aiming to launch the service in April or early May, CNBC reported, but Variety says it could come closer to summer or fall.

A new storefront for TV subscriptions.

A more recent report, however, indicates that Apple's long-rumored video push won't be much like Netflix at all. Apple's strategy will center on offering channel subscriptions through a new TV-centric storefront, according to Recode. As it does with the App Store, Apple will take a cut of subscriptions purchased through its new platform. This digital store is said to be at the core of Apple's new video strategy, while its own original shows can be likened to "very expensive giveaways," says Recode.

Apple could offer multiple channels bundled together for a single price through this new storefront, according to The Information and Recode. The company might, for example, offer a package that includes HBO, Showtime, and Starz together, and will offer 15 individual channels.

Additionally, Apple is expected to offer a bundle that could wrap its TV and music services along with a new digital news service into one offering, according to The Information.

Apple's big leap into video entertainment will be reportedly be accompanied by appearances from A-list celebrities.

The company has invited Reese Witherspoon, J.J. Abrams, Jennifer Garner, and Jennifer Aniston to attend the event, according to Bloomberg— Variety reports that Jane Krakowski and Hailee Steinfeld will also attend. It's unclear whether any celebrity guests will have a presence onstage or will attend only as audience members.

Apple will also show clips from the new original series it plans to launch on the video platform, according to Variety. One such preview is expected to provide a glimpse into a drama about a morning news show network starring Witherspoon, Aniston, and Steve Carell.

Apple has already reached deals with high-profile names in its effort to create original programs, reports indicate. The company has signed a multiyear contract with Oprah and is reportedly working with M. Night Shyamalan on a thriller and Steven Spielberg on a revival of the Amazing Stories anthology series, according to Variety and The Wall Street Journal.

Apple is also planning to debut a news service that would let users subscribe to a bundle of newspapers and magazines, according to Bloomberg.

It's being described as a Netflix for news by industry executives, according to The Wall Street Journal. As part of the service, users would be able to read an unrestricted amount of content from Apple's publishing partners for a monthly fee. This subscription is expected to be introduced alongside a redesign of the Apple News app at the event.

But Apple has been running into issues with publishers when it comes to agreeing on financial terms, according to The Journal. The iPhone maker is proposing that it keep about half of the subscription revenue from sign-ups made through the service, while publishers would split the rest based on the engagement their articles receive.

Apple could also showcase an update to Apple Pay that tweaks the way it looks in the Wallet App, according to Bloomberg.

This update is meant to set the stage for the credit-card partnership with Goldman Sachs, according to Bloomberg, which The Wall Street Journal has reported that Apple is planning to launch later this year. As part of the partnership, Apple would offer additional features to cardholders in its Wallet app, such as the ability to set spending goals and manage rewards.

Goldman Sachs CEO David Solomon has been invited to the event, which could indicate that Apple might mention their collaboration during the keynote, says a more recent report from Bloomberg.

More from Business Insider:
Mark Zuckerberg's big new vision for Facebook could throw oil on its burning safety issues — and he knows it
Shaq is investing in 9 Papa John's locations and joining the pizza chain's board
Tyson is recalling 69,000 pounds of chicken strips after customers complained they contained metal