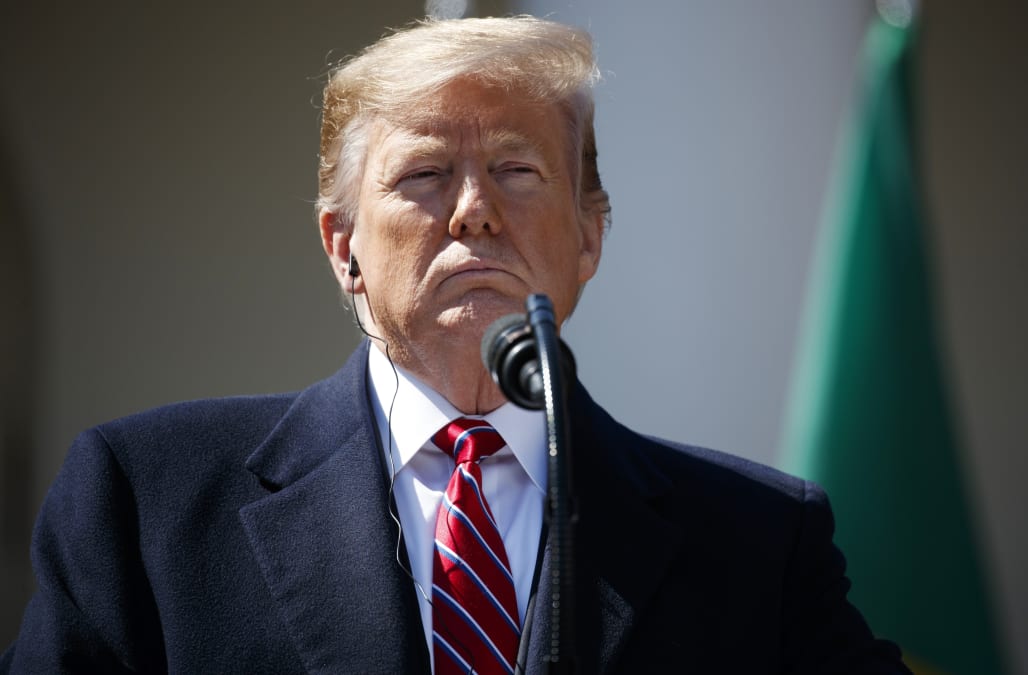 Deutsche Bank cumulatively loaned Donald Trump more than $2 billion over two decades when he was in real estate, according to a new report from The New York Times.

While Trump's relationship with Deutsche Bank — which dates back to the 1990s — is not entirely revelatory, The Times spoke to more than 20 people who who either currently or previously worked as executives for Deutsche Bank, giving a broader look at the scope of the relationship.

RELATED: Take a look at 2016's most valuable banks list:

The bank was one of the few on Wall Street that would take a risk with Trump following his casino bankruptcies, The Times reported in 2016 ahead of that year's presidential election. ("Several bankers on Wall Street say they are simply not willing to take on what they almost uniformly referred to as 'Donald risk,'" The Times Susanne Craig reported.)

The New York Times' Monday night report highlighted the business relationship between Deutsche Bank and Trump, as investigations are being conducted by two committees in Congress and the New York attorney general.

Here's what we learned:

Deutsche Bank is not without its own issues with US regulators unrelated to Trump, The Hill reports. In a statement to The Times, a spokeswoman said, "We remain committed to cooperating with authorized investigations." Business Insider contacted the White House, Deutsche Bank, and the Trump Organization for comment.

Read the full report at The New York Times »

NOW WATCH: Alexandria Ocasio-Cortez is being praised for her line of questioning at Michael Cohen's hearing — watch it here

More from Business Insider:
Trump issues his first presidential veto, striking down Senate resolution to terminate his national-emergency declaration for a border wall
Trump makes no mention of terrorism or bigotry in tweet on New Zealand mosque shootings, as other world leaders decry an act of 'racist hatred'
Candace Owens rejects any connection to 'radical Islamophobic white supremacy terror overseas' after being mentioned in New Zealand terrorist’s manifesto