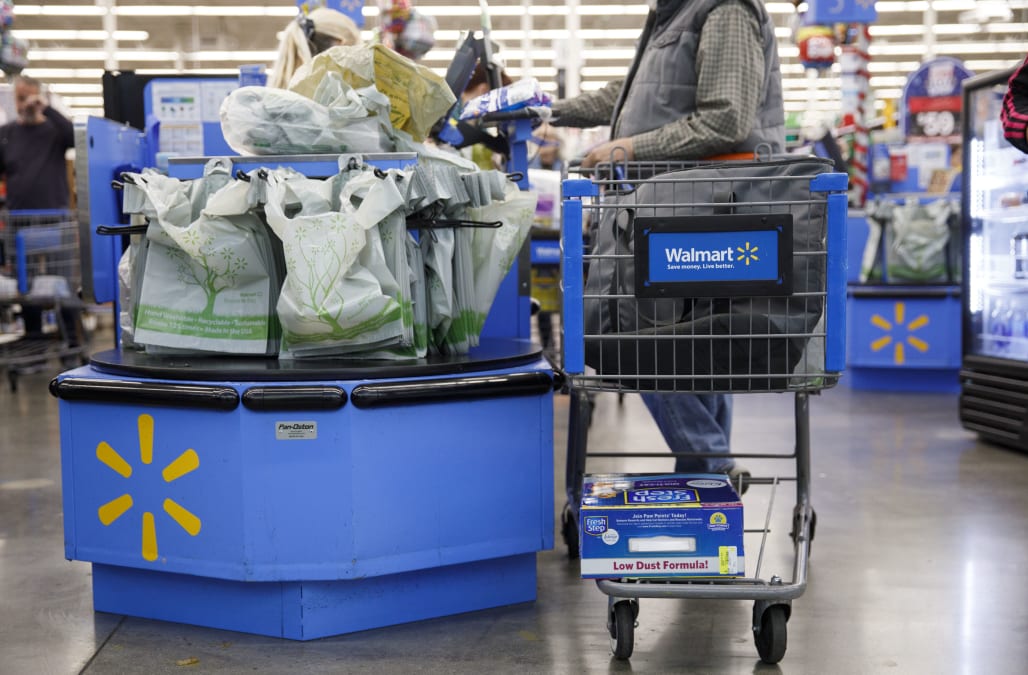 Walmart is ending a popular price-matching tool that has resulted in hundreds of dollars in savings for some customers.

Walmart sent an email to shoppers last week announcing that it would end the program, called Savings Catcher, on May 14.

The tool, which is part of Walmart's app, automates the price-matching process. It scans shoppers' Walmart receipts and compares the prices paid to those advertised for the same items elsewhere.

If the Savings Catcher finds a lower price advertised by a competitor, then it will issue the customer a Walmart gift card in the amount of the difference.

Read more: Walmart US CEO asked workers to email him their biggest complaints, and a surprising theme emerged from the deluge of 2,700 messages he got

In the email sent to customers announcing the program's end, Walmart said it has learned that it already offers the lowest prices in most cases.

"Walmart's prices win most often when you submit your receipts, which tells us that the program's intent has been met," the company said. "That's why we have decided to discontinue the Savings Catcher receipt submission, effective May 14, 2019."

It appears that Walmart will no longer offer price-matching in stores once the Savings Catcher tool expires. On its website, the company states that it will price-match items on Walmart.com, but will not match a competitor's advertised price. Walmart did not immediately respond to a request for comment.

Hundreds of customer complaints about the program's discontinuation are now flooding social media, with many people claiming that the tool resulted in savings every time they shopped at Walmart.

"You LIE when you say your prices usually win," one person said on Twitter, alongside a screenshot showing her Savings Catcher rewards in an amount of $299.70. "I will restructure my grocery-buying between @amazon & local stores. You made a terrible, greedy choice #Walmart."

Several other Twitter users also posted screenshots of their Savings Catcher rewards, some of which showed savings amounts of up to $900.

@Walmart is discontinuing their savings catcher program because they claim most of the time their prices are lower. The $551 I've saved over the past few years determined that was a lie. pic.twitter.com/pjyN2GAWRH

Some shoppers are threatening to stop shopping at Walmart once the program ends.

"There is no reason to continue shopping @Walmart anymore," one customer wrote. "Savings Catcher was the only reason we grocery shopped there."

There is no reason to continue shopping at @Walmart anymore then. Savings catcher was the only reason we grocery shopped there.

Michelle Severt posted to Walmart's Facebook page: "You are not discontinuing Savings Catcher because your prices are lower, you are doing it because very often your prices are not lower and it is costing you more money. I currently have $76.38 on an eGift Card with a lifetime savings of $857.19 through Savings Catcher.

"I am disappointed because I save that money during the year then use it toward gifts at Christmas. On the bright side I will no longer have to use Walmart Pay or shop online with Walmart at Christmas. I will be shopping much more at other stores."

In a tweet, Walmart said it saw a drop in the use of the Savings Catcher app and promised to continue to find ways to save customers time and money.

After May 14, we will discontinue Savings Catcher. We've been focused on offering consistent low prices every day and have seen a drop in the use of Savings Catcher because of this. We will continue to find the best ways to save our customers time and money!

Here's what people are saying about Savings Catcher ending on social media:

We've been using the @walmart#SavingsCatcher for 4 years now. We've saved over $900 in that time. That shows they are not the lowest prices. Saved even more when @meijer moved into the area. We say no shopping at @walmart on May 15.#BoycottWalmartpic.twitter.com/uVxO66JtQ3

Yeah.... I’m not sure how Walmart thinks they are always the cheapest #savingscatcher#walmartpay@walmartpic.twitter.com/CPiEY9iB0P

Very disappointed that @Walmart is discontinuing Savings Catcher. Huge factor when it came to shopping in my area, and I know some new parents that are disappointed as well. Looks like I’ll be going to @AldiUSA for better prices.

TBH - I won’t stop shopping @Walmart but will be purchasing items at multiple stores as I used to do. I have many local stores to choose and the elimination of price matching as well as #SavingsCatcher will alter my current shopping pattern https://t.co/W91eNjf67o

Not only use Walmart Pay to scan our receipts but also eliminated price matching. My LTD savings don’t reflect your reason to discontinue. #SavingsCatcher@WalmartInchttps://t.co/gLxk8d1TVY

I'd drive past a jewel and a target to go there for groceries just because their savings catcher app would match lowest prices. Now theres literally no incentive. So I guess I'll be saving on gas money instead from not driving out of my way 🤷🏼‍♀️

@Walmart Sad to hear your getting rid of savings catcher! I got money back on almost every receipt I submitted. Guess it’s back to checking competitors ads and taking my business there! Bye!!

Dear @Walmart I spend over $800 a month at your store. Savings Catcher is why I shopped there. I'll take my business elsewhere. #savingscatcher#walmartsuckspic.twitter.com/XpdvqMrwJC

Walmart is discontinuing savings catcher because they claim their prices are lower than competitors already. Not true! I was saving at least $5 a month. Not much, but something. #Walmart

@WalMart discontinuing Savings Catcher is all about THEIR bottom line. I was receiving $150 per year on this program. Multiply that by the # of SC customers and that’s a BIG number. Goodbye WalMart, hello @Amazon & no more check-out lines for me @WalmartInc

Discontinuing Savings Catcher saves WalMart money. I’ve been getting about $3 per week back on this program. That’s $150 per year per customer. I don’t know how many customers were using Savings Catcher but I am sure it is in the hundreds of thousands. Do the math.

@Walmart I got the email you are ending the savings catcher program. I get back money on my grocery shopping each week so obviously your prices aren’t always the lowest. When this program ends, a lot of my shopping will be going elsewhere.

Dear @Walmart,
I hate that you're killing Savings Catcher. Walmart will never always have the best prices, especially when you remove the only way to match the competition. I will be going to the competition when they have better prices. That's a promise.

More from Business Insider:
Walmart and Kroger are rethinking stores as the online grocery battle intensifies
10 sneaky ways Walmart gets you to spend more money
Inside the fabulous life of Lori Loughlin's Instagram-famous daughter Olivia Jade, whose parents were charged in an explosive college-admissions scandal

SEE ALSO: Walmart US CEO asked workers to email him their biggest complaints, and a surprising theme emerged from the deluge of 2,700 messages he got