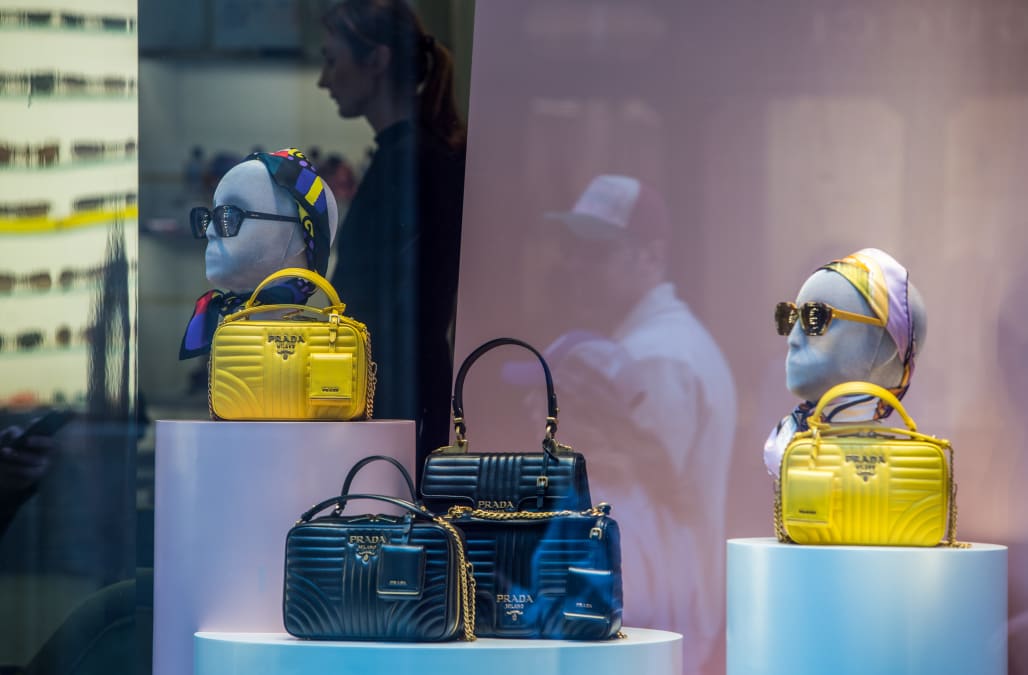 The Hong-Kong listed group's operating profits shrunk by a tenth to €323 million ($366 million) in 2018. Sales in China flatlined in the second half of the year, after jumping 17% in the first six months. Prada earns about a third of its revenue in Asia Pacific, according to Walter Woo, an analyst at CMB International Securities.

RELATED: Take a look at every retailer that filed for bankruptcy in 2018:

Other tailwinds include China's ongoing trade war with the US, protests in France that deterred tourists and shuttered Prada stores, fears of a US downturn, and pressure on US sales after Prada was accused of employing racist "blackface" imagery in its Pradamalia trinkets, Woo added.

Prada is still adapting to Chinese tastes as well.

"The Chinese market has become more selective than it used to be in the past," CEO Patrizio Bertelli said on the company's earnings call. "We'll have to work on that market more and more intensively."

Prada's constant-currency sales climbed 6% in 2018 as new handbags and cheaper options in black nylon proved popular with shoppers. However, the group reduced markdowns from 12% to 7% in a bid to bolster its brand image and lift margins.

Marketing costs also swelled by 12% as it plowed cash into e-commerce, social media, pop-up shops and parties, according to Bloomberg.

Woo forecasts a 4.4% rise in Prada's sales this year. But given the brand's issues and the challenging outlook for the luxury sector, he slashed his earnings-per-share forecasts by more than 16% this year, and downgraded his recommendation to "Hold."

NOW WATCH: The wives of high-level cocaine traffickers reveal how their husbands took down 'El Chapo'

More from Business Insider:
A Trump-Xi meeting on trade is reportedly being pushed back until at least April
The latest yield curve inversion is yet another warning in the bond market — an expert says it's one of 'four horsemen' predicting recession
Boeing's stock has gone rogue as scared traders flee — but one expert has formulated the perfect risk-free hedge