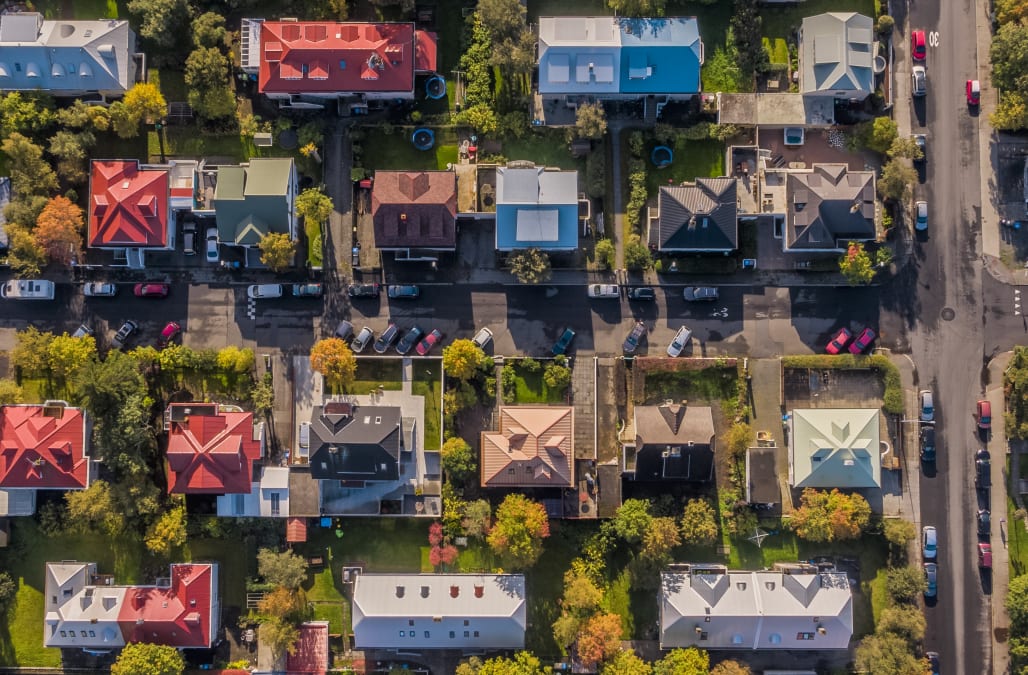 If you’re looking to relocate to that part of the country, be prepared to move quickly: Homes in the region typically spend 42 days on the market, according to a GOBankingRates analysis of the fastest-selling real estate markets in the country.

See: Houses Are Selling the Fastest in These 30 Real Estate Markets

RELATED: Take a look at the top celeb homes to hit the market in 2018:

Top celeb homes to hit the market in 2018

Tiger Woods' ex-wife Elin Nordegren, who was married to the pro golfer for six years, has placed her 11-bedroom Florida mansion on the market for $49.5 million.

Check out the mega-mansion here.

The ultra-famous reality TV personality sold the smaller of her two spacious homes in Hidden Hills, Calif., in an off-market deal for $6.7 million in Sept.

Check out her spare home here.

Check out the beach mansion here.

The singer and actress put her sprawling six-bedroom Fort Worth, Texas home back on the market earlier this year for close to $3 million.

Check our the home here.

An unassuming, Spanish-style residence in the ever-more expensive, boho-chic hills above L.A’s Silver Lake Reservoir, owned via trust by Tinseltown A-lister Leonardo DiCaprio and long occupied by a family member, hit the market at $1.749 million in October.

The star was asking $3.795 million earlier this year for her longtime mansion in the historic Hollywood Dell neighborhood that winds through the foothills between Hollywood and the Hollywood Reservoir.

Check out the beautiful residence here.

Just over six months after her Los Angeles residence was busted into by an intruder/stalker, the superstar singer unsurprisingly hoisted the property near the base of Nichols Canyon up for sale at $7.495 million earlier this month.

Check out the luxurious home here.

The country music icon reportedly sold his opulent mansion in the leafy northern suburbs of Atlanta for not quite $2.4 million.

Check out the estate here.

The actor engaged the services of a new, high-profile real estate agent in July and re-listed his beachfront residence in Malibu, Calif., with a once-again reduced price of $8.5 million.

Check out the oceans views here.

One of the highest-paid actors on television, with a $20 million annual contract for her long-running role on “Grey’s Anatomy,” sold a 1920s Spanish villa positioned high on an elevated double lot in the historic Whitley Heights neighborhood in the foothills above Hollywood for a tad less than $2.8 million in July.

Check out the breath-taking residence here.

The actress put her gorgeous 5,000-square-foot Nashville home on the market for $1.65 million in August.

Check out her country home here.

The politically engaged actor, best known as Kumar in the hilariously low-brow “Harold & Kumar” comedy film franchise, put a mid-century contemporary on a slim cul-de-sac in a particularly celeb-packed pocket of the Hollywood Hills up for sale at a touch under $1.5 million in late August.

Check out the beautiful home here.

The 26-year-old singer put her L.A. mansion that she was rushed to the hospital from after overdosing on the market in Sept. The HollywoHillslls abode, which she purchased for $8.3 million in September 2016, is up for sale for $9.495 million.

Check out the mansion here.

The low-profile but card-carrying member of the rock ’n’ roll aristocracy sold a vintage Spanish bungalow nestled into a quiet cul-de-sac in the foothills above Hollywood for a bit more than $2.3 million in October.

Blake Masters, the creator of the crime drama "Brotherhood," listed a four-story, mullet-style residence in the hills between L.A.’s Beachwood and Bronson canyons for just under $2.2 million in January.

Having recently completed a carefully considered, comprehensive and no doubt exceedingly costly restoration, update and addition of a swimming pool and guesthouse, the comedian listed an architecturally significant hillside home in the Silver Lake area of Los Angeles with a dead serious asking price of $5.125 million in October.

The veteran actor listed an architecturally pedigreed mid-century modern residence high in the Hollywood Hills for $2.65 million in early 2018.

Check the Hollywood home out here.

The comedian and actress listed one of the two homes she owns in the leafy, lower Nichols Canyon area of L.A.’s Hollywood Hills for $2.5 million in early 2018.

Check out the stunning home here.

Fast on the heels of reports that the actress, one of the stars of the cult favorite 1990s series “Beverly Hills, 90210,” and third husband, Dave Abrams, are headed for divorce court, she’s unsurprisingly listed her custom-renovated residence in L.A.’s less-renowned but still keenly sought-after 91604 zip code in July with an asking price pushing up on $4.5 million.

Check out the stunning views from the home here.

Median List Price Is Over $1 Million in Northern California

The cutthroat Northern California real estate market isn’t for those who easily suffer from sticker shock or are paralyzed by quick decision making. With the median list price over $1 million and homes selling every 42 days, the white-hot market doesn’t provide buyers with a lot of time for house hunting or thoughtful deliberation.

Learn: 13 Ways California Real Estate Differs From Every Other State

Here are the five Northern California cities that are topping the charts for the hottest real estate markets in the country:

For comparison, take a look at major cities where home prices are plummeting.

More from GO Banking Rates:
The 20 Best Cities Where You Can Buy a House for Under $100K
Looking to Buy an Investment Property? Here Are 15 States Where Your Dollar Will Stretch the Furthest
What a $5 Million Home Looks Like Around the US

This article originally appeared on GOBankingRates.com: One Notoriously Expensive Area Tops List of Hottest Real Estate Markets in the US