Wells Fargo SVP Heather Philp: 'Most times, I’m the only female in the room' 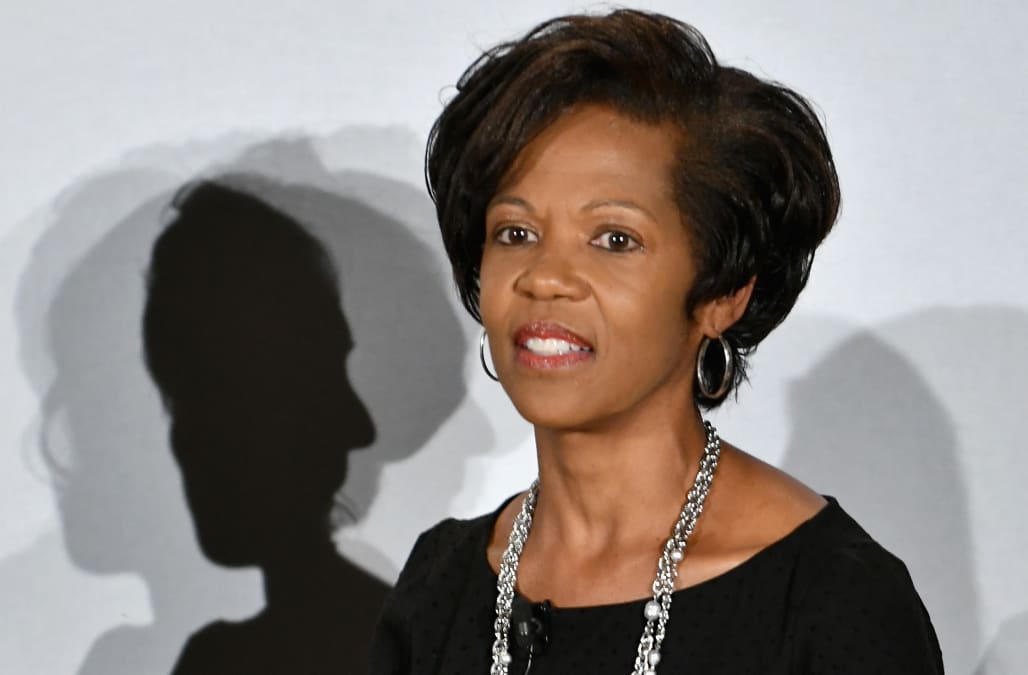 Making the decision to start your own business is terrifying — and when you’re not exactly seasoned in the art of financial lingo and best practices, it can make the whole concept even more overwhelming.

But for those who have made it and succeeded, it’s clear that they took their time asking the right questions, seeking out the right people and working as hard as they possibly could have.

Last week during the NYFW panel ‘How We Changed It’, presented by VISA, Wells Fargo SVP Heather Philp joined Yael Aflalo (CEO and Founder of Reformation), Michelle Smith (Creative Director and Founder of Milly) and Alli Webb (founder of Drybar) for a conversation on how they broke boundaries in their respective industries.

The women discussed challenges on their journeys to success and one major point that was brought up was that often when founding businesses or moving up the ladder, it’s easy to have one part down pat (the creative elements, the concept, the networking) but harder-hitting business concepts (finances, business terminology) may be more difficult to navigate and master, especially if you didn’t study it in school.

For Philp, knowing the ins and outs of what’s going on monetarily within your company is just as important as having a creative hand in it:

“We can’t shy away from the monetary aspects of our business[es] … what you don’t want to do is just have that creative part of it — that’s important, because that’s where the passion is — but you don’t want to be the person waking up 10 years later and not realizing that the money that’s supposed to be in the bank is not there, and that you thought you were getting revenue from ‘x’ and then when you look you realize that all the expenses have taken over the revenue. And I’m not going to say it’s easy but sometimes it’s just the simple math of ‘one plus one always equals two’ and if that’s not where your sweet spot is, be sure that you have people that you trust, trust, trust … it is going to be the thing that sustains you along the way.”

Philp also spoke to diversity within the business world and her organization in particular. To her, it’s about making sure everyone is involved in the conversation in some capacity:

“Most days, I don’t think about it. I don’t think about the fact that most times, I’m the only female in the room, and as most of you will notice, I am also African-American … I think i’ve just gotten so used to it that I just don’t think too much about it. What I tend to do, is that I reach out more broadly across the spectrum of the organization. I always make myself accessible to the young men in the organization and to the young women in the organization because I feel that without the young men understanding their part in the overall dialogue and the conversation, that something will get lost over time in translation. However, I do think it’s important that you spotlight minority groups that are not a part of the dialogue. And a lot of times, it is the women. So, spotlighting for the short time is important but over time we just have to move to a different place. Again, my style is that I try to bring everyone along.

And I’ll share a brief story. There was a young woman who worked in the organization — I knew her very well, thought very highly of her and we spent a lot of time in a mentoring relationship. She left the organization about six months ago and I was completely blown away by the fact that she took time out of her day to write a very long letter to me about the ways that I made a difference to her. And honestly I was so shocked because I didn’t deliberately set out to do it. And I think it’s just that message … you’re making an impact, you’re making a difference — try to bring as many people along as you can and sometimes your impacting people in a way that you’re not even sometimes truly aware of.”

She finished the conversation by explaining the importance of simply asking questions when you don’t understand something that’s going on in your business:

“Use your profiles to connect with other women that are not necessarily in your circle … for those of you on LinkedIn or Instagram … there are so many important women who are out there sharing their stories, don’t be afraid to link with those people because that’s where you’re going to start picking up a lot of your new knowledge. Don’t be afraid to ask questions, it’s so important — I’m just blown away sometimes at the fact that we’ll all sit in a room and half the people will have no idea what the other person is talking about but because everyone assumes that everyone else knows what they’re talking about, no one will ask.”