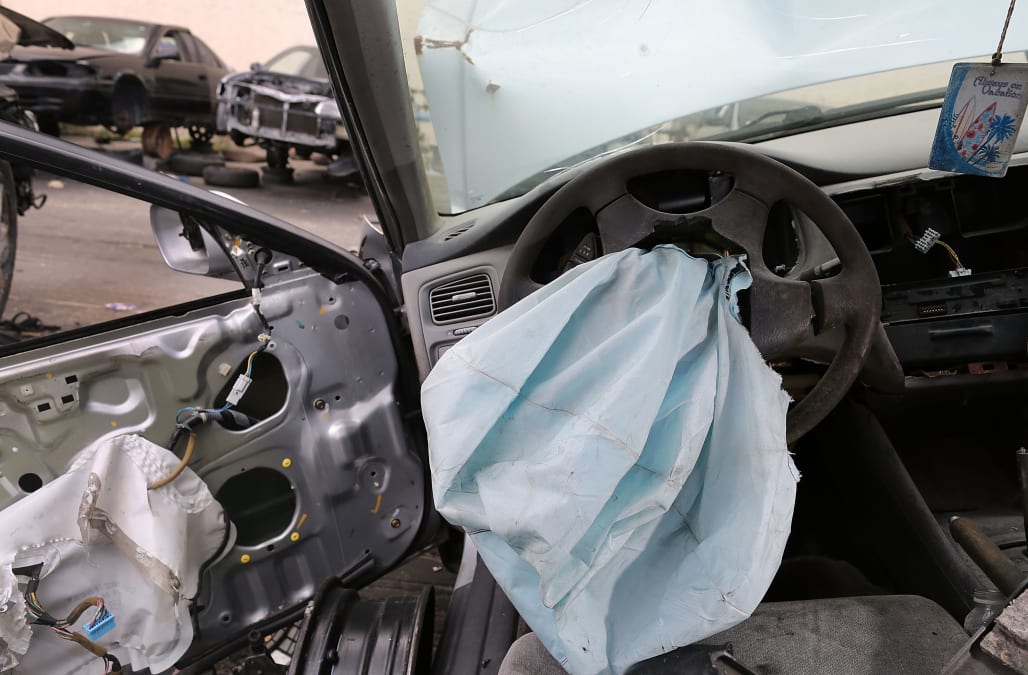 The inflators can hurl shrapnel into drivers and passengers. At least 23 people have died from the problem worldwide and hundreds more were injured.

The moves, announced Friday by the U.S. government, are part of the largest series of automotive recalls in U.S. history. About 10 million inflators are being recalled in the U.S. this year, with as many as 70 million to be recalled by the time the whole mess ends late next year.

More from Aol.com:
Fast food is getting more expensive as minimum wages rise
Airports are dealing with massive lines during the government shutdown as TSA employees are working without pay
World Bank President Jim Yong Kim to resign effective Feb. 1, work on infrastructure