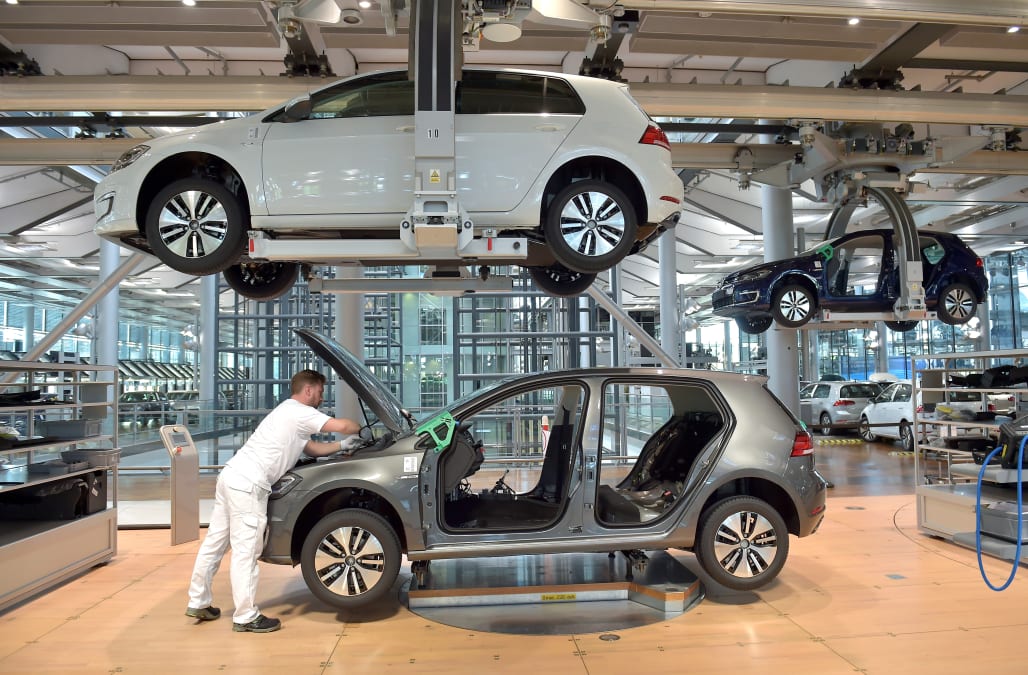 BRATISLAVA (Reuters) - Volkswagen's business in Slovakia, the country's biggest car plant and largest private sector employer, plans to reduce staff this year for the first time since the 2009 global downturn as part of an efficiency drive.

The business will return some 500 workers it had borrowed from the Hungarian unit of premium brand Audi in 2016, reduce the number of contractors and will not extend expiring fixed-term contracts, it said in a statement on Monday.

Volkswagen employs around 14,000 people in Slovakia and the German automaker did not say what that figure would fall to.

The Slovak business will also reduce the number of production shifts that make higher-end SUVs as well as cheaper small family cars including the Volkswagen e-up!, the only electric car currently made in Slovakia.

There are no plans to place production of new electric vehicles at the Bratislava factory at the moment, it added.

There are no cuts in overall output projections, as reduced hours will be offset by an increase in the technical capacity of production lines, it said.

Volkswagen said the move was part of a drive to increase efficiencies by 30 percent by 2025, as it strives to fund a costly shift to electric and self-driving vehicles following a 2015 scandal over rigged emissions tests of diesel engines.

In 2017, Volkswagen Slovakia saw its first-ever strike that ended after six days with a wage deal that gave workers the biggest pay rise among Slovakia's carmakers, although they still earn less than Volkswagen's employees in Germany.

Overall production at Slovakia's four car factories - the bedrock of the export-dependent euro zone member country's economy - rose to 1.08 million vehicles in 2018 and is expected to reach a 1.15 million this year, cementing its position as the world's biggest per-capita car producer, the country's car association said this month.

But a focus on traditional petrol and diesel cars and a low share of research and development activities could threaten Slovakia's business model in coming years, as the EU aims to reduce carbon emissions from vehicles.

Slovakia's smallest carmaker, a unit of Kia, will also reduce staff this year, the first time since launching in the country in 2006.

It will cut 27 staff as of February due to a 35-percent slump in demand for diesel engines made at its factory outside Zilina, northern Slovakia, versus 2017, it said on Monday.

Its car production this year is expected to match last year's 333,000 vehicles.

The auto industry accounts for 13 percent of Slovakia's gross domestic product, which is expected to grow 4.3 percent this year before slowing, and for 35 percent of its exports.

More from Aol.com:
Facebook to set up two regional centers for monitoring election content
Apple is reportedly working on a games subscription service that could be like a 'Netflix for games'
Guess CEO Victor Herrero to step down