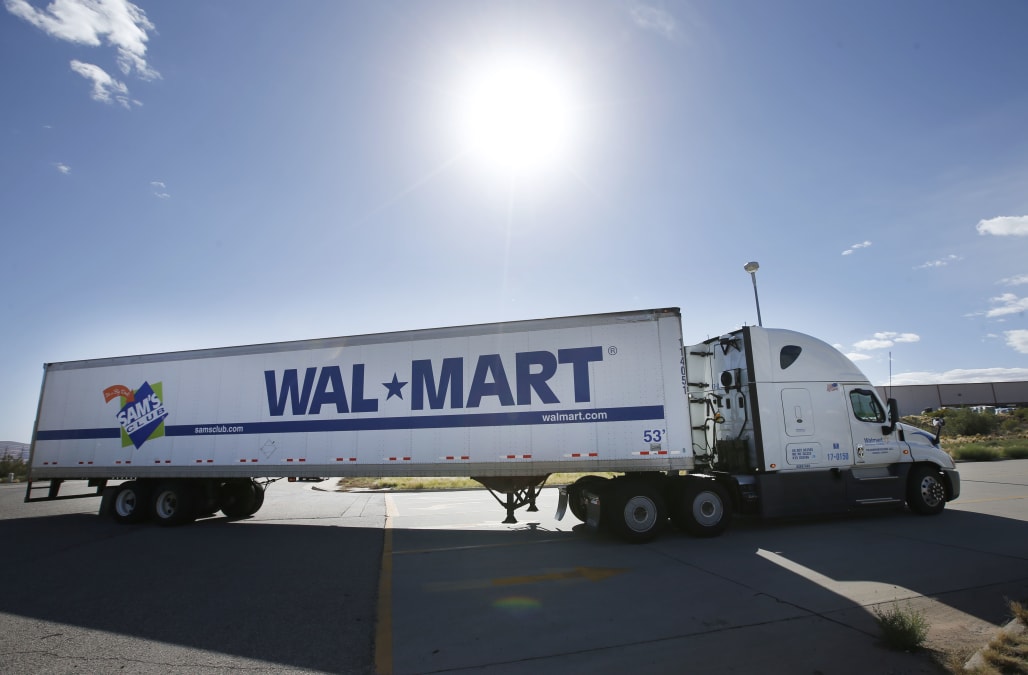 Walmart's team of 8,000 truck drivers are among the best-rewarded in the industry. And the benefits for trucking for the mega-retailer are about to get even sweeter.

Starting in February, truck drivers will receive a per mile bump of one cent and an extra $1 every time they arrive at their destination and drop a trailer. Truckers in the Northeast are set to get a 5% raise on mileage and other trucking activities. The company announced the changes on Wednesday.

That increase may sound puny, but it adds up. For example, first-year Walmart truckers are now eligible to earn $87,500 on average, up from $86,000. That's in addition to predictable schedules, at least 21 days of paid time off, and the chance to win quarterly bonuses.

Walmart has overhauled the way it recruits, trains, and pays truck drivers considerably in the past year as America faces a truck driver shortage. A lack of trucking labor has recently upped prices of everything from toothpaste to Amazon Prime. America will be short 175,000 truckers by 2026, according to the American Trucking Association.

Read more:Walmart's trucking fleet used to be as selective as Harvard, but a truck driver shortage has changed how Walmart hires

In the fall, Walmart ran its first national television ad campaign to recruit more drivers, shortened the length of its onboarding process, and began offering referral bonuses of up to $1,500. All told, Bloomberg reported that Walmart doubled its spending to recruit drivers.

Read more: Truck driver salaries have fallen by as much as 50% since the 1970s — and experts say a little-known law explains why

"Driver pay has not gone up at the same rate as trucking prices have gone up," Andrew Lynch, the co-founder and president of Columbus, Ohio, supply-chain company Zipline Logistics, previously told Business Insider. "That's a big part of why we're in such a crisis right now."

Are you a third-party or company truck driver for Walmart? Email the reporter at rpremack@businessinsider.com.