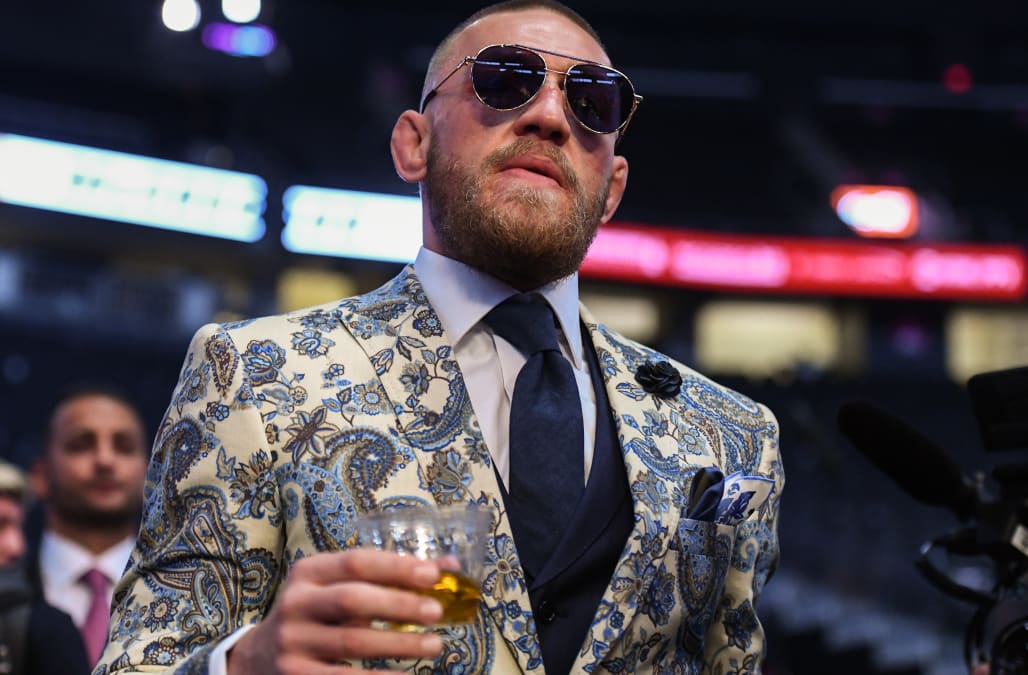 If there's one thing Conor McGregor is an expert on outside of martial arts it's whiskey -- especially Irish whiskey.

The Irish mixed martial artist released his take on the iconic whiskey category, and its success has surpassed many's initial expectations. McGregor's brainchild, Proper No. Twelve Irish Whiskey, in which is he is the founder, chairman and majority shareholder, is blend of Ireland's golden grain and single malt whiskey, and is produced in a region of the country known for its rich soil and pure spring water. Proper No. Twelve Irish Whiskey boasts hints of vanilla, honey-like sweetness and toasted wood -- and according to Timeout, can go 'toe-to-toe' with Jameson.

"The Irish whiskey market has been dominated by one brand, but people want choice," the UFC champion exclaimed.

READ MORE: Heineken just released a zero-alcohol beer -- and it's only 69 calories

Since McGregor's whiskey debut in September 2018, the market has seen significant growth, according to research from the Irish Whiskey Association. Not only have sales of Irish whiskey catapulted by 17.6 percent in the U.S. alone, but it is now the fastest growing spirit category in the world.

The progressive industry has significantly helped propel Proper No. Twelve Irish Whiskey. The brand is currently the spirit industry's most followed brand on Instagram at 558K followers.

Outside of the impressive sales, McGregor uses the liquor to stay true to his roots. For every case sold, $5 goes to local first responders and charities around the world. Selected organizations are chosen by the state and/or country where sales take place.

Interested consumers can purchase the alcohol at their local liquor store or online at ProperWhiskey.

More from Aol.com:
Student debt has prevented hundreds of thousands of millennials from buying homes, Fed says
Here's how much Super Bowl tickets cost, less than a month from game day
62% of Americans don’t know the basics of banking — And it’s costing them