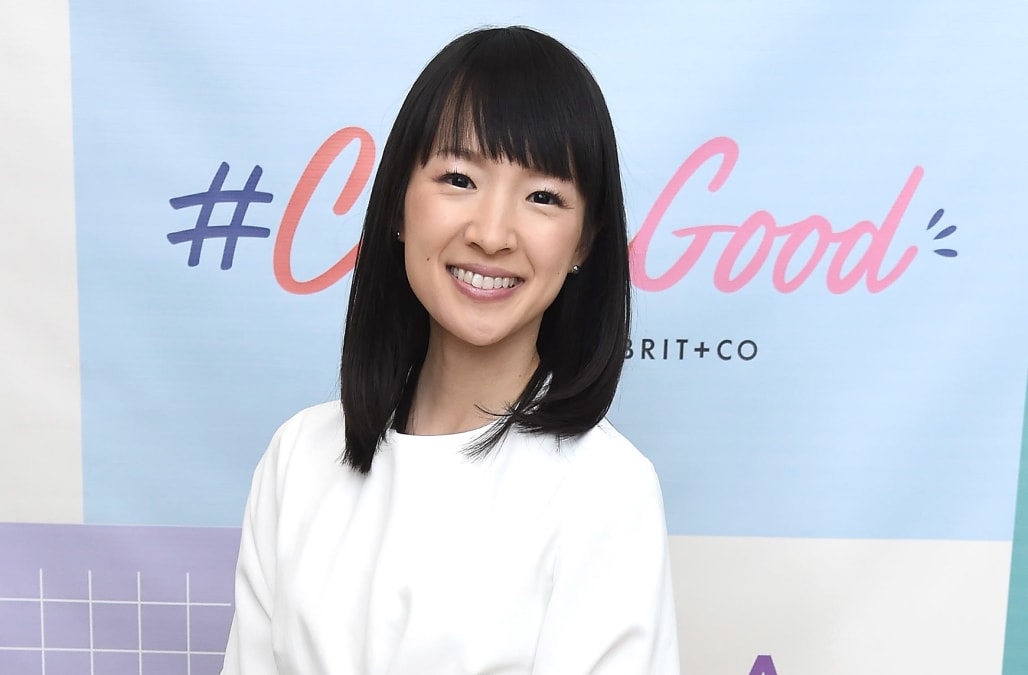 As part of her organizing philosophy, Marie Kondo teaches that less is more — but that lesson doesn’t necessarily apply to her impressive finances. The tidying coach, founder of the KonMari Method, author of “The Life-Changing Magic of Tidying Up: The Japanese Art of Decluttering and Organizing” and star of the Netflix show “Tidying Up With Marie Kondo” is now worth millions. Here’s a look at this successful businesswoman’s background, career and net worth.

11 PHOTOS
Marie Kondo and her kids on Instagram
See Gallery

Marie Kondo and her kids on Instagram
Happy holidays! To better serve our community, we've created a 3-minute, gift-giving survey to better understand your experience with the KonMari Method. ⠀ ⠀ When you complete the survey, you will have the chance to win a signed copy of The Life-Changing Manga of Tidying Up! Link in bio. ⠀ *The survey is for U.S. residents – for those of you living outside the U.S., thank you for your interest, and keep an eye out for similar opportunities from us in the future! ⠀ Photo by Drew Kelly.
My little pumpkins.
Pour your time and passion into what brings you the most joy this holiday season! #sparkjoy
My two girls are each other's best friends 😊 ⠀
My first selfie. 😊
A sneak peek behind the scenes of my upcoming @netflix show, "Tidying Up With Marie Kondo". Have you added it to your watch list? I am so excited for the premiere on January 1!
I've been working on another book – and I have a @netflix show coming this winter! It's been a busy few months. I'll share more soon.
The #christmastree is decorated...
I heard that summer is finally here?
Get ready for summer travels with Cuyana x Marie Kondo cases – after getting sold out in our first launch, they are coming back in June. Photo by @cuyana.
Taking the time to relax and take a breather this Sunday🍵 In the latest newsletter, I share some of my favorite tableware that sparks joy on the dining table. Head over to the link in bio to read and subscribe ✨
Up Next

Marie Kondo got her start in the world of organization as a Japan-based tidying coach who helped executives organize their homes, Forbes reported. Word spread about her skills, and she soon had a six-month waiting list for her services. Kondo realized that individually consulting with people about how to clean up their lives was not the best way to scale her business, so she wrote a book about her KonMari Method to help teach others her ways. The method is based on the idea that each item you own should “spark joy” — and if it doesn’t, it should be discarded.

Since writing her first book, “The Life-Changing Magic of Tidying Up: The Japanese Art of Decluttering and Organizing,” Kondo has written several more; launched the KonMari lifestyle platform to give fans of her method access to consultants, a newsletter, a mobile app and more; certified more KonMari consultants through a seminar and practice sessions; and landed her own Netflix show.

More From Paper to Screens: Highest-Grossing Movies You Didn’t Know Were Books

Kondo released “The Life-Changing Magic of Tidying Up: The Japanese Art of Decluttering and Organizing” in 2014, and it has gone on to become a No. 1 New York Times best-seller with 8.5 million copies sold. She has subsequently released other titles including “Spark Joy: An Illustrated Master Class on the Art of Organizing and Tidying Up” (2016) and “The Life-Changing Manga of Tidying Up: A Magical Story” (2017).

Her books have now been published in 41 countries and regions around the world.

Add These to Your ‘Must Read’ List: 9 Best Investing Books for Beginners

On New Year’s Day 2019, Netflix launched the eight-episode series “Tidying Up With Marie Kondo,” which follows Kondo as she helps people clear their clutter and transform their lives. Although Netflix hasn’t released audience data, the show clearly struck a nerve with viewers who have been flocking to consignment stores with donations and calling professional organizers to get their own help tidying up, The Washington Post reported.

Don’t Miss: 11 Ways to Make Money From What You Find Around the House

Kondo is the founder of the company KonMari, which connects people to certified consultants through an online database. She also hosts seminars that cost upward of $2,000 to attend, and are one of the first steps in becoming an officially certified KonMari consultant. Consultants pay an annual fee of $500 to keep their certification.

Keep reading about other great and unusual jobs.

More on Net Worth

This article originally appeared on GOBankingRates.com: Marie Kondo’s Net Worth Is Growing as Everyone’s Clutter Is Shrinking