Small businesses are starting to lose faith in Trump's America 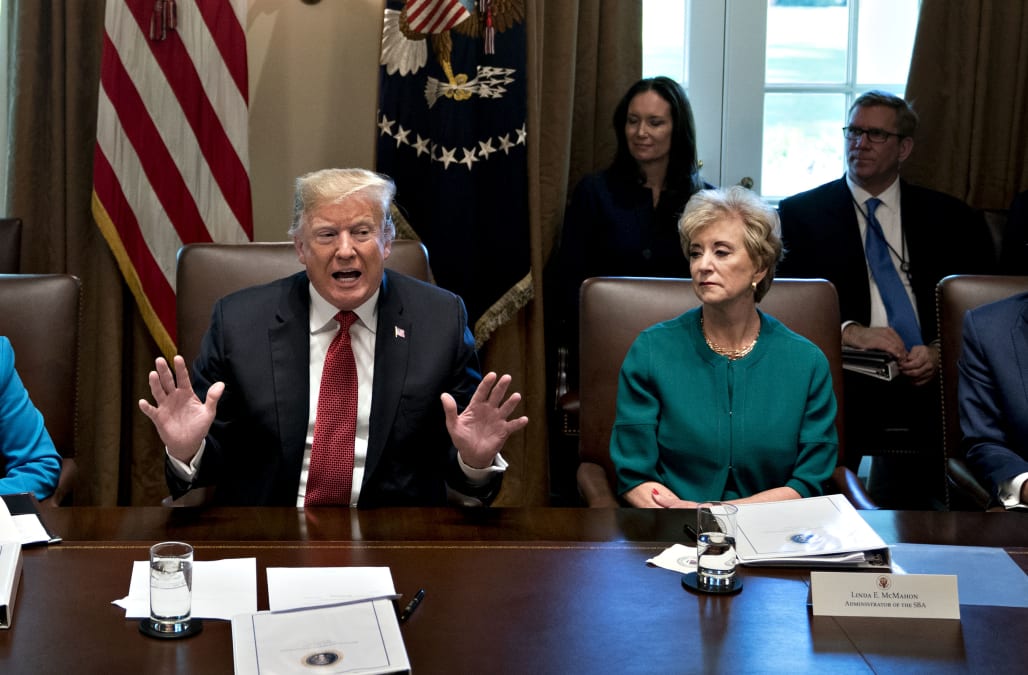 The economic Trump Bump that’s been in place since President Donald Trump’s election in November 2016 continues to fizzle.

On Tuesday, the National Federal of Independent Business’ December reading on small business optimism declined to 104.4. This marked the fourth-straight month of declines for the index and is the largest four-month slide since 2012, according to Bespoke Investment Group.

But adding to a theme we highlighted last week, the NFIB’s reading continued to show that economic and financial market readings across the spectrum have deteriorated to levels last seen at or before Trump’s election.

The NFIB’s report also showed that the outlook for general business conditions hit its lowest level since November 2016.

This gauge, which is the net percent of businesses saying conditions will be better in six months minus businesses who believe things will be worse, registered 16 in the final month of the year, the first time this gauge has been below 20 since a reading of 12 in the month of Trump’s election win. In December 2016, the general business outlook hit a reading of 50.

“The partisan jump visible immediately after the election of President Trump had been slowly trailing off, but as stocks swan-dived into the end of 2018 that process sped up dramatically,” Bespoke said in a note Monday morning.

Ian Shepherdson at Pantheon Macroeconomics said of Tuesday’s report that, “the details are worse than the headline,” noting that investment plans dropped sharply and though a one-month drop could be reversed “the uncertainty engendered by the drop in stock prices appears to be seriously unnerving small business owners.”

In its report, the NFIB argued that stock prices don’t matter to small businesses because, “share prices for publicly traded companies have not been connected to reality for some time, thanks to the Federal Reserve artificially holding interest rates down for so many years.”

The synchronized global growth expansion that began in 2016 and the tax-cut fueled growth enjoyed in the U.S. this year are trends now coming to an end. And uncertainty around what comes next for the global economy is what financial markets have been pricing in over the last quarter.

More from Aol.com:
These are the most difficult businesses you can start
Holiday Heroes: One Texas nonprofit puts smiles on over 1,000 kids every Halloween
US dairy farmers get little help from Canada trade deal