What can I do to increase my Social Security benefits? 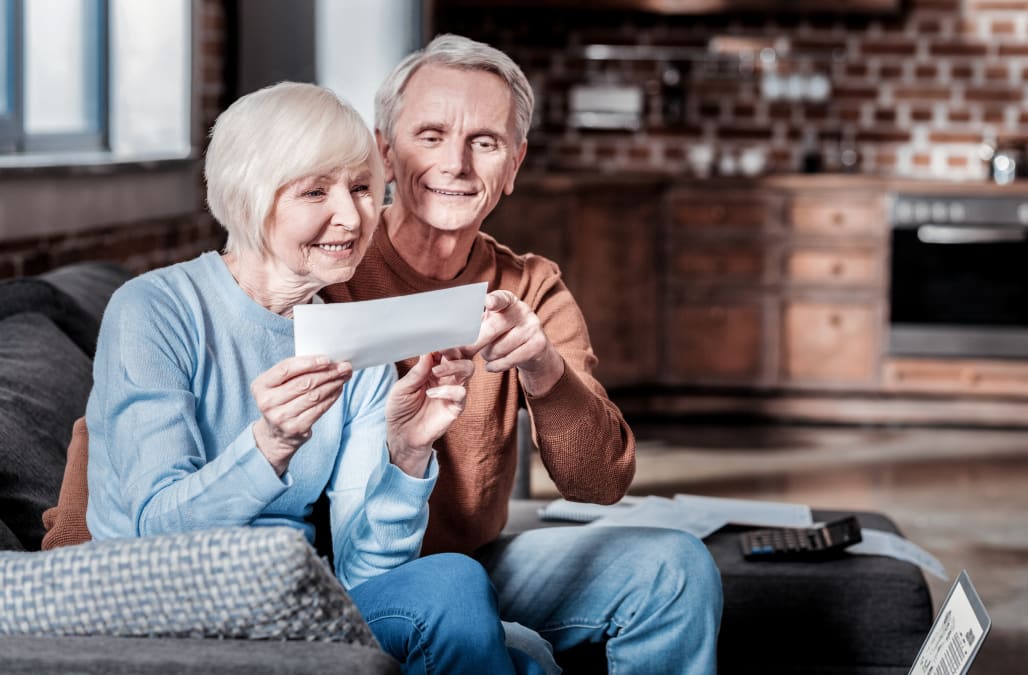 The average Social Security benefit for all workers in 2018 is just $1,404 monthly, or $16,848 yearly. That's a fairly low income for almost a quarter of married couples and more than 4 in 10 singles who rely on Social Security for 90% or more of their retirement income.

Whether you'll be depending on Social Security for support, or using it to supplement investment income, you'll want your benefit to be as large as possible. The good news is that there are things you can do to increase your Social Security benefit. Here are five of them.

One of the single best ways to increase Social Security benefits is to wait to claim them. While 62 is the most popular age to claim Social Security, full retirement age (FRA) isn't until 67 if you were born in or after 1960.

If you retire before FRA, your Social Security benefits will be reduced. If you retire after FRA, benefits increase until age 70, when there are no further increases. The reduction or increase is permanent, so if you retire at 62 with a reduced benefit, you'll be paid a lower amount throughout your retirement.

Retiring later means missing out on several years of benefits that you otherwise would have received. To calculate your breakeven point -- or the point at which higher monthly benefits make up for missed benefits -- divide the total value of benefits missed by the higher annual benefits.

The Social Security Administration uses a formula to determine your expected benefits based on your highest 35 years of earnings, adjusted to account for wage growth. If you haven't worked for at least 35 years, some years of earnings will be $0.

This makes a big difference. Assume for simplicity's sake that you made exactly $50,000 a year throughout an entire 35-year career after indexing for inflation. Your average indexed monthly earnings, on which your benefits would be based, would be $4,167 per month in today's dollars.

But if you worked only 25 years and still made that same amount, your average indexed monthly earnings would be just $2,967 per month. Ten years of zero earnings factored in reduces the average wages your benefit is based on by almost 30%.

Of course, most people don't make the same amount of money throughout their careers. If you're making more at the end than the beginning, working an extra year would increase your benefit, even if you already have 35 years of work. One year of low earnings would be replaced by a year of higher earnings.  The higher your salary at the end of your career relative to the beginning, the bigger the impact working an extra year makes.

Because Social Security benefits are based on wages, earning higher wages impacts benefits dramatically. Again, for simplicity's sake, assume you earned exactly $40,000 during your 35 years of earnings. When I ran the numbers on the Social Security Administration's calculator, I got a monthly benefit would be $1,477 compared with the $50,000 earner, whose benefits would be $1,734. That's more than $3,000 extra per year.

One of the most important ways to increase earnings is to negotiate your salary when you get hired. A Career Builder survey revealed that while 56% of workers didn't negotiate salaries, 52% of employers made a first offer lower than what they'd be willing to pay. For around a quarter of employers, the first offer was at least $5,000 lower than their bottom-line salary number. Since future raises are often based on starting salary, you could be leaving a fortune on the table.

Let's say you were offered an initial salary of $50,000, accepted that salary and got 1% annual raises. Compare that to a person who was offered $50,000, negotiated their salary up to $55,000, and negotiated for 2% annual raises. The non-negotiator would end a 35-year career with a salary of almost $71,000 and lifetime earnings of just over $2.15 million.  The negotiator would end a 35-year career with a roughly $110,000 salary and lifetime earnings of nearly $2.86 million. Not only would the negotiator have earned more than $700,000 in extra wages, but their Social Security benefits would be close to $3,000 more per year, assuming both workers retired at full retirement age.

Other ways to earn more: Take on a side hustle to boost income, or focus on learning new skills to enhance your career prospects and earn a higher wage.

4. Coordinate with your spouse to maximize benefits

Married couples have many claiming options for Social Security. Because you can claim benefits on your spouse's work record, it's important to identify a strategy that maximizes both spouses' combined Social Security incomes.  For example:

There are actually 81 different ways married couples could claim Social Security benefits. Because of the complexity involved in choosing the right approach to maximize income, consider talking with a financial advisor who specializes in Social Security to determine your best option. You can also read about different claiming strategies online to identify the right approach for your family.

5. Move to a state that won't tax your benefits

This is important for those who are already retired who are looking to increase Social Security income. There are 13 states that will potentially tax your Social Security benefits: Colorado, Connecticut, Kansas, Minnesota, Missouri, Montana, Nebraska, New Mexico, North Dakota, Rhode Island, Utah, Vermont, and West Virginia.

If you live in one of those states and your benefits are being taxed, you may want to relocate to increase Social Security income you get to keep. There are great places to live that are very tax-friendly for retirees -- including Florida and Nevada -- which, unsurprisingly, are also pretty popular places for retirees.

Maximizing your income is worth the effort

Maximizing your Social Security benefits has become increasingly important because life spans are longer. Because boosting your benefit means more money coming in, you'll not only get more income from Social Security, but you can also make smaller withdrawals from retirement accounts so your savings should last longer.

A higher Social Security benefit could end up being a lifesaver when your savings has to last for decades.