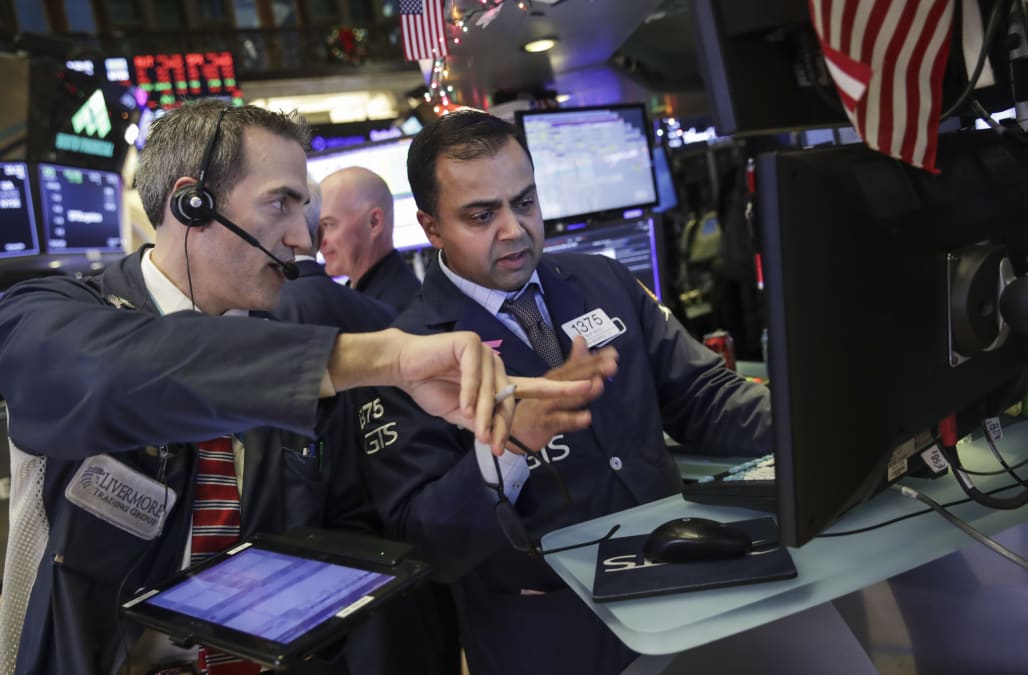 (Reuters) - Stocks and oil prices rebounded on Wednesday as the Trump administration attempted to shore up confidence and markets welcomed a report on strong U.S. holiday spending.

Benchmarks for both oil and stocks hit their lowest in more than a year on Monday, with the S&P 500 on the cusp of being in a bear market despite what is usually a calm week of trading shortened by the Christmas holiday. Markets in Britain, Germany and France were closed on Wednesday.

Kevin Hassett, chairman of the White House Council of Economic Advisers, said on Wednesday that U.S. Federal Reserve Chairman Jerome Powell's job was not in jeopardy. Just two days President Donald Trump described the Fed as the "only problem our economy has" as the central bank raises interest rates.

Investors have been unnerved by the potential for weaker economic growth exacerbated by a partial U.S. federal government shutdown. Trump has largely laid the blame for economic headwinds on the Fed, openly criticizing its chairman, whom he appointed.

One economist said the Fed holds the key to calming markets.

"In the end, we believe that the Fed is the only presence capable of ending the current confusion in the markets," Kenta Inoue, senior market economist at Mitsubishi UFJ Morgan Stanley Securities, said in a note. "The White House will probably keep making gestures intended to halt the rout in stocks, but the federal government is likely to remain shut into the new year. The U.S.-China trade war also shows no signs of a resolution."

Investors welcomed news that sales during the U.S. holiday shopping season rose 5.1 percent to over $850 billion in 2018, the strongest in the six years, according to a Mastercard Inc report, as shoppers were encouraged by a robust economy and early discounts.

The risk-off move in recent weeks has been a boon for U.S. government bonds. On Wednesday short-term bonds that benefit from more easygoing Fed policy rose in price, while longer bonds sensitive to inflation and risk sentiment declined. Benchmark 2-year Treasuries last rose 2/32 in price to yield 2.5565 percent, while the 30-year bond last declined 5/32 in price to yield 3.0101 percent. [US/]

"Breathe on these markets and corrective rebounds could ensue," said Citigroup Inc analysts Bill O'Donnell and Ed Acton in a note as investors react to a Fed tightening policy and rising rates. "We think we'll recognize the signs when sustainable trend reversals have been established and at the moment we see none of those signs."

Meanwhile, a risk-off move that benefited the Japanese yen versus the U.S. dollar for eight straight trading sessions lost a bit of steam. The yen weakened 0.05 percent versus the greenback at 110.35 per dollar. [FRX/]

Gold continued to attract buyers in the uncertain market, with spot prices adding 0.8 percent to $1,278.50 an ounce and at six-month highs. [GOL/]

More from Aol.com:
Trump says: "The only problem our economy has is the Fed"
Wall Street selloff worsens on Mnuchin move, D.C. drama
Wall Street suffers worst week in a decade as economic worries mount