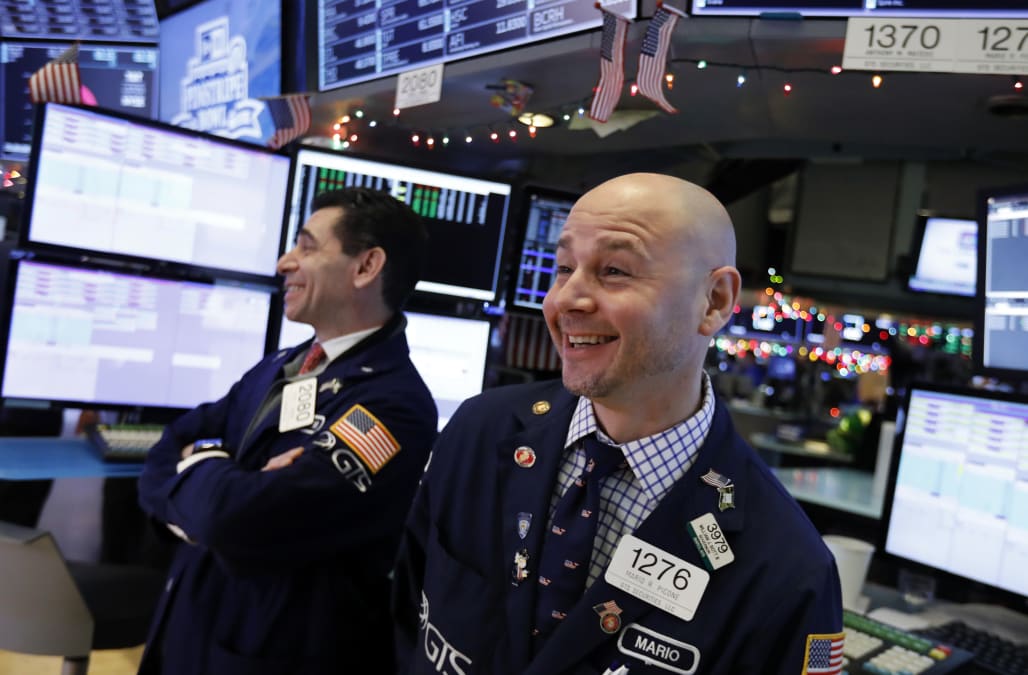 (Reuters) - The Dow Jones Industrial Average surged at least 1,000 points in a single session for the first time on Wednesday in a broad stock rebound after the benchmark S&P 500 index was on the brink of a bear market.

The three major U.S. indexes all posted their biggest one-day percentage gains since March 2009, in the first day of trading following the Christmas holiday, when the market was closed.

Sales in the 2018 U.S. holiday shopping season rose 5.1 percent to over $850 billion, the strongest in six years, according to a Mastercard report. The S&P 500 retailing index <.SPXRT> jumped 7.4 percent, while shares of online retailer Amazon <AMZN.O>, which touted a "record-breaking" season, climbed 9.4 percent.

Stocks found their footing after wobbling in morning trade. The S&P 500 came within 2 points of falling 20 percent from its late-September closing high, a threshold commonly used to define a bear market.

"The market is extremely oversold where we left it" on Monday, said Brett Ewing, chief market strategist at First Franklin Financial Services in Tallahassee, Florida.

"You cannot make the assumption that this correction is over, but today's action is definitely a very positive signal."

The previous record point gain for the Dow was 936.42 on Oct. 13, 2008, when markets were whipsawed almost daily by developments in the financial crisis, which was then in full swing. Over the two sessions following that gain, the Dow dropped more than 800 points.

More from Aol.com:
7 bond market trends to watch in 2019
U.S. stocks and oil rebound after pre-holiday thumping
Trump says: "The only problem our economy has is the Fed"